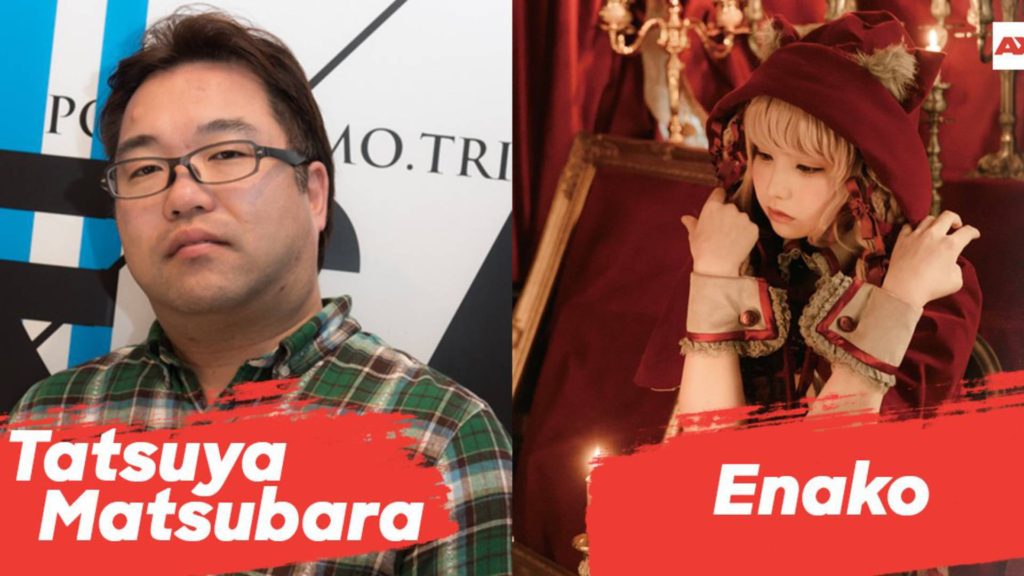 Announced earlier today by the team at Spike Chunsoft, the video game development and localization company are bringing over legendary Steins;Gate series producer Tatsuya Matsubara, as well as renowned cosplayer Enako to Anime Expo 2018. While Tatsuya Matsubara will be taking place in a number of panels and sessions, Enako will be found at the Spike Chunsoft booth undertaking various fan interactions.

Working as a producer at MAGES. Inc., Matsubara both directs and produces the long-running Science Adventure Series which includes a wide array of titles such as Steins;Gate, Chaos;Child, and more. On the flip side, Enako is one of the most instantly-recognizable cosplayers in Japan right now. Her growth and cult-like following are undeniable, with her numerous cosplays frequently drawing crowds of hundreds upon thousands of individuals at any given moment.

Each guest is described below:

Tatsuya Matsubara is a producer of MAGES. Inc. He directs and produces the Science Adventure Series, such as STEINS;GATE and CHAOS;CHILD. In addition to his duties as a producer, he also creates and manages assets for each product such as logo design, UI, and movie production.

A cosplayer active not only in Japan, but all over the world. She has gained international acclaim, accumulating 460,000 Twitter and 350,000 Instagram followers in just a few years. Her cosplay photos uploaded to social media earn thousands of retweets and favorites and are prominently featured on numerous industry websites. Her self-produced cosplay photobooks sold more than 10,000,000 copies in two days. She still cosplays regularly, but also appears on TV and in magazines, works in voice acting, and more. Enako aims to promote cosplay by showing the world how cute and fun cosplay can be with her own personal touch.

Taking place at the Los Angeles Convention Center from July 5 until July 8, Anime Expo is getting closer and closer once more. For further information on the upcoming convention, be sure to check out the official Anime Expo website, as well as our extensive archive of announcements and events from our camp.