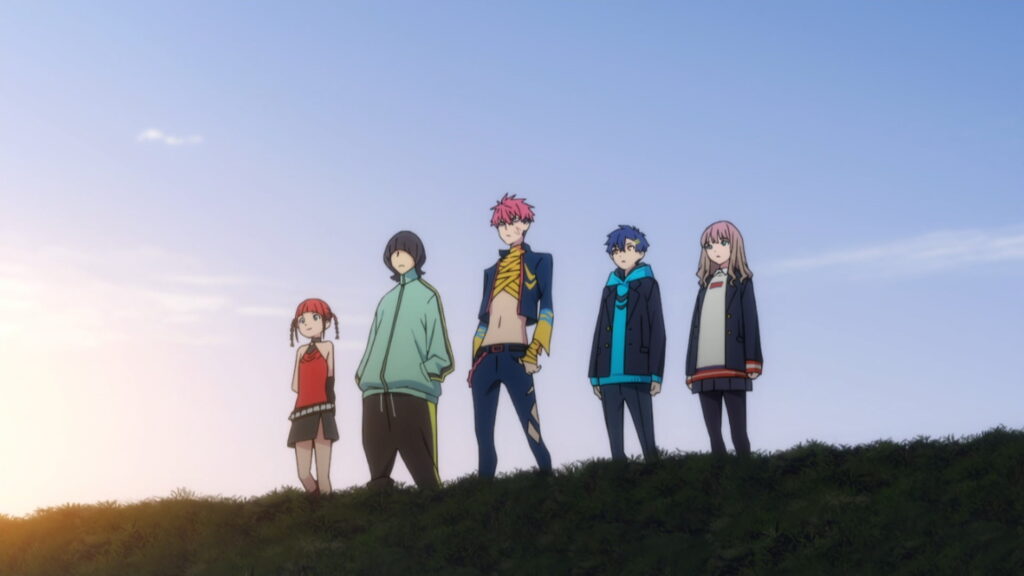 When SSSS.DYNAZENON was first announced, there were dangers of it simply being more of the same. Sure, SSSS.GRIDMAN was bloody brilliant, but could lightning strike twice for Studio TRIGGER and Tsuburaya Productions? Would simply repeating the same concept give birth to the same results?

Luckily, the currently airing sequel to the 2018 series enjoys one unique strength: an ensemble cast.

Contains spoilers for both SSSS.GRIDMAN and SSSS.DYNAZENON.

In SSSS.GRIDMAN, the main bulk of the story is centered around Akane. Finding out why she does what she does and who is making her do it was ultimately the main focus of the narrative, with the rest of the characters more or less relegated to the background. Throughout the course of twelve expertly crafted episodes, we get a real sense of who Akane is and what makes her tick, while the same level of development is hardly afforded to Yuuta et al.

This couldn’t be more different in SSSS.DYNAZENON. Right from the very beginning, the sequel’s focus on an ensemble is signalled when the titular kaiju must be piloted by multiple people: Gauma can’t do it on his own. Gridman technically did get support from the Neon Genesis Junior High Students, but it was technically just him and Yuta (later revealed to be the same person) inside the kaiju.

Moreover, there are no hang-ups when it comes to the Neon Genesis Junior High Students. They are more than happy to help Gridman out, but the characters of SSSS.DYNAZENON require some convincing. One of the most effective early moments of the sequel was when Yomogi didn’t turn up for training in episode 2, instead preferring to go to his part-time job. This tells the viewer almost immediately that assembling the team won’t be quite as easy as it was in SSSS.GRIDMAN, where defeating or at least disarming the antagonist was the main focus.

As the series goes on, the layers of our protagonists are peeled back and the depth of their trauma is revealed. Yomogi is distant from his family, refusing any and all support from them. Yume is still grappling with the fallout of her sister’s death, only finding the courage to uncover the truth thanks to her newfound allies. Chise dropped out of middle school because she didn’t fit in, possibly due to learning difficulties. And Koyomi regrets a decision he made during his school days, brought to the surface once more when he has a chance encounter with a former classmate. 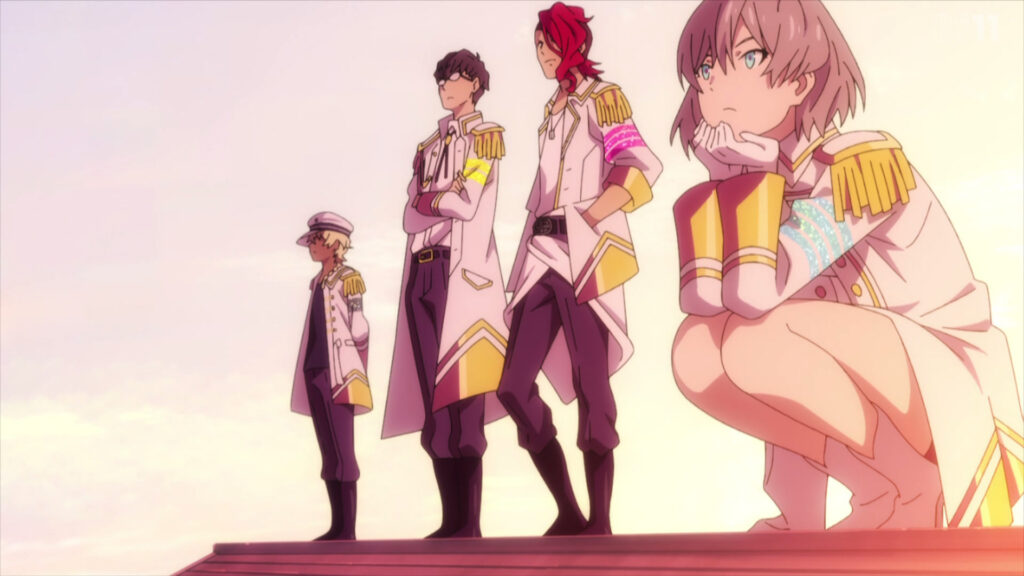 Gauma’s back story is also closely interconnected with the antagonists, bringing me onto another point: the ensemble approach isn’t just reserved for the protagonists. Rather, the ‘bad guys’ are a group of people who gave their own distinct personalities and problems, too, generating a fair bit of sympathy as a result. Episode 8 is a perfect example: you almost enjoy seeing them goof off and spend some quality time together. Who needs kaiju?

To stray into a bit of spoiler territory, SSSS.DYNAZENON expands its cast even further beyond the four protagonists and four antagonists with the reintroduction of Anosillus the Second and Anti, now known as Gridknight. Alongside making clear the concept behind the ‘Gridman universe,’ this adds yet another set of characters for the narrative to explore. It’s particularly heartwarming to see the otherwise flippant Anti enjoy his time with Gauma and the gang.

If anything, the fact that SSSS.DYNAZENON has such a strong focus on so many characters means that the narrative falls by the wayside somewhat. The penultimate episode is releasing in a matter of hours as of the time of writing, leaving not much time for the sequel to pull back the curtain and show us what is really going on with the setting.

Personally, I’m holding out for a second season, but at least the second entry in the Gridman universe enjoys a distinctly different identity from the first. More of the same would’ve been boring, to be honest.

SSSS.DYNAZENON is currently streaming on Funimation.