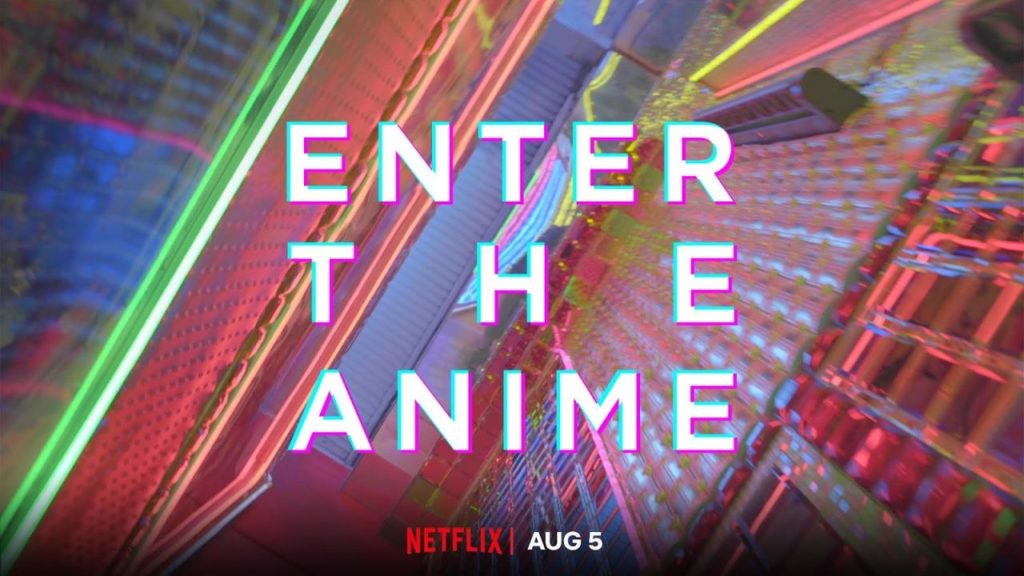 Over the last few years, Netflix’s influence in the anime industry has become impossible to ignore. Using their vast amounts of capital, the company have funded original anime productions outright, bypassing the traditional production committee system in order to have greater influence over the anime they create.

The popularity of their service around the world means any anime they produce or license has a chance of not just reaching a wider audience but reaching an audience who traditionally wouldn’t watch anime, introducing such people to the medium for the first time.

For many new fans, stumbling upon a series on Netflix, either through word of mouth such as with Aggretsuko or Devilman Crybaby, shows that were discussed in circles outside of the anime community in great detail, or through the service’s algorithmic recommendations, is their first step into the world of anime. While certainly not the only reason for the medium’s explosion in popularity, the influence of Netflix can’t be understated.

This ballooning popularity of anime in recent years means that there is a gap in the market for a documentary that introduces the uninformed fan into the rich history and minds behind this century-old medium. Unfortunately, Netflix’s Enter the Anime is not that documentary.

The thing is, if Netflix’s Enter the Anime were simply a disappointing documentary that failed to achieve this goal, one which failed to answer its thesis question (What is anime?), I wouldn’t be spending my time writing about it. It would be a shame, but that would be the start and end of any discussion about it. The issue I have, and the reason I was desperate to share my thoughts on this film, is that I feel this documentary is actually very successful at what it does… I just don’t think it had very admirable goals from the outset. 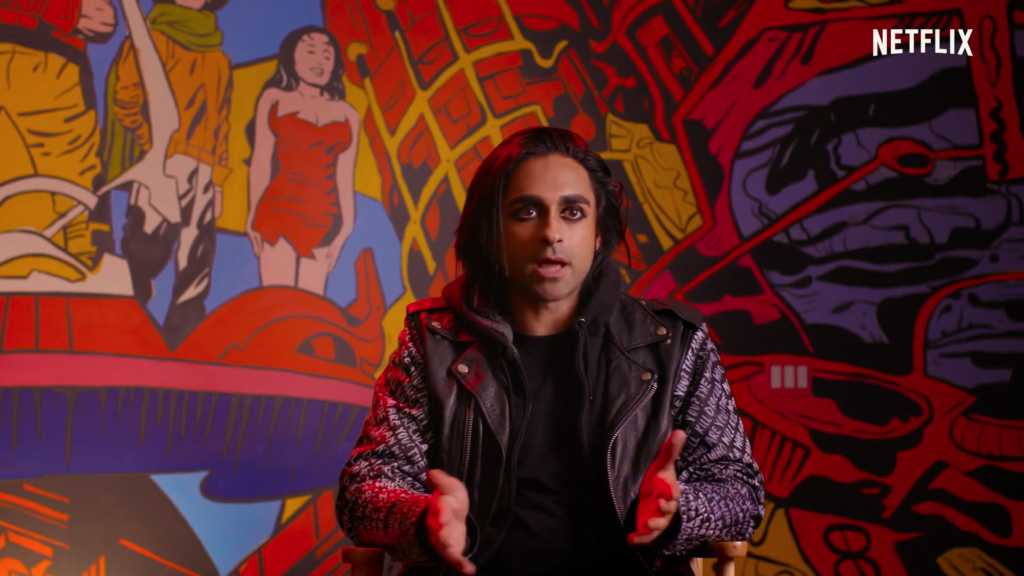 Anime has a lot of potential to tell a huge array of stories, from the action-heavy hero stories of series like My Hero Academia or One Piece to the emotive drama of a movie like A Silent Voice to the slice of life stories of series such as Aggretsuko, and everything in between. Early on, however, it becomes clear that this isn’t what the documentary wants to cover.

‘Anime is dark, and outright fucked up,’ it exclaims, which could be an effective way to describe some anime, for sure, but is definitely not the one-size-fits-all descriptor for the industry it pretends to be. Through framing Japanese culture through simplistic terms, proclaiming that the country is strictly conformist in every way and ignoring the complexities it, like any country, has of competing ideologies within its politics and culture, it frames anime as a sole voice of rebellion against the dominant traditionalist mindset.

Orientalism in the 21st century can be seen in the kitschy articles decrying ‘weird Japan’, that silly country where everyone is so polite and formal and old-fashioned, yet under that facade is a fantasy land where everyone dresses in Lolita fashion and there’s a schoolgirl panty vending machine on every corner. While never becoming as overt as this, the sentiment is enforced in the opening moments of the film as the documentary expresses its exasperation at those oh-so-crazy Japanese people by wondering how a country with such well-running, quiet and polite trains can be host to such wacky and violent anime. ‘How does a culture that does this create this?’ it asks, as the director shares how they became invested into the ‘dark and twisted’ world of Japanese anime, manga, and counter-culture.

Manga tells hundreds of thousands of varied tales about every subject you can imagine, while toilet paper tells the story of what you ate in the last five hours. #EnterTheAnime pic.twitter.com/nGBerJc6Li

Anime is a gritty and violent medium that attempts to break free from the shackles of bureaucracy and mundanity and rebel against the system, this documentary claims. Not only is anime solely the home of violence and gore, but it’s also an outlet for the ‘deranged’ and ‘crazy’ minds of its creators. That is the thesis because gore and violence is a staple of many of Netflix’s anime originals. With this in mind, framing anime as a counter-cultural movement is the most effective way of communicating this idea, and while it definitely isn’t unfair to say that at least some anime falls under this umbrella, its ultimately a shallow and reductive mindset that limits what anime can be and the many things the medium can say. After all, this is a medium where, alongside darker works like Devilman Crybaby, are solemn pieces such as In This Corner of the World, or anime that explore human connections such as Masaaki Yuasa’s latest film, Ride Your Wave. These aren’t worth discussing though. After all, these weren’t made by Netflix.

With the exception of their Sanrio collaborations in Aggretsuko and Rilakkuma and Kaoru, anime like Devilman or B: The Beginning are violent and dark stories, and are the types of stories that dominate the Netflix catalog. With Netflix’s self-produced anime being the exclusive focus of this documentary, the only exception being the recently-licensed-by-Netflix series Evangelion, it makes sense that, if the anime you want to discuss almost exclusively fall under their umbrella, you will inevitably paint the entire industry with a broad, bloody brush.

Enter the Anime spends its runtime meandering and flip-flopping between an orientalist description of a clean yet wacky country and a series of confused and frantic interviews with Netflix anime creators, interviews that never explore the series discussed in any detail and often leave you learning more about what the creators like to search on Google than they teach you about either the series they worked on or the medium itself. Creators are featured but rarely given the respect they deserve for their work. Answers are cut short and rarely explore what went into their creation, bar a brief mention of the intense workloads that people in the industry face that rarely allow them time to relax. Often, rather than being recognized for their contributions to the industry or their most iconic works, the creators are simply referred to by the Netflix series they worked on. 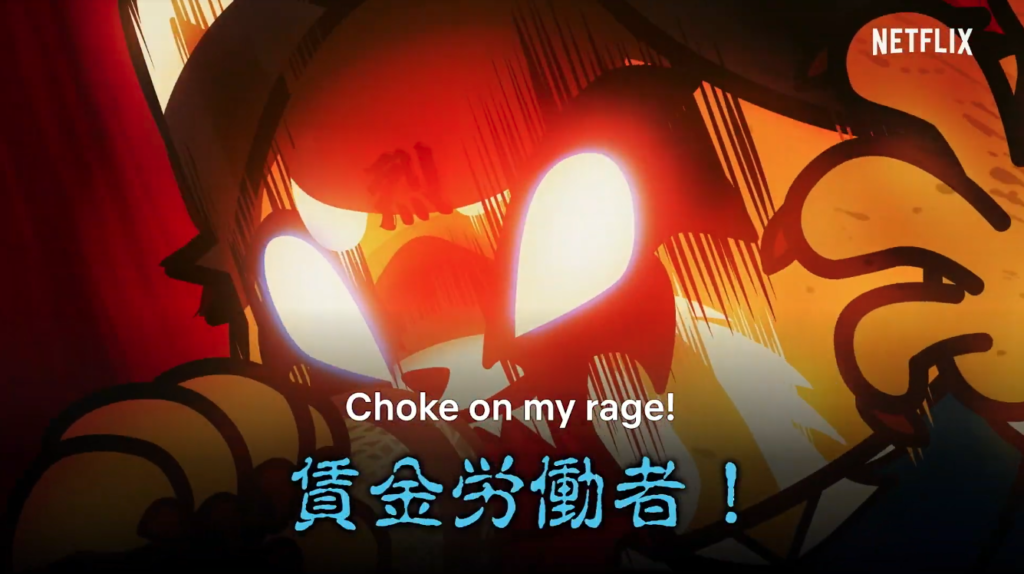 This isn’t a deep dive into the history of the medium, but it never really attempts to be, and this is the other, arguably more insidious issue with this documentary. For all it disregards and looks down upon the culture and creators behind the anime, it wants to hold up the works they produced on a pedestal and have them viewed as a pinnacle of what the industry is capable of. It’s essentially an advert for the Netflix slate of anime (the documentary even ends with the helpful reminder that every anime featured is streaming on the service), yet it also wants to intrinsically link the Netflix brand with the medium of anime itself and rebrand anime as a Netflix creation.

In an increasingly global market, as the company invests more and more into the medium, it wants you to associate anime with their brand. Anime is framed as a cool and edgy counter-culture to try and define the medium under the company’s own terms that mingle with the Netflix brand, and if it succeeds at this goal, then Netflix, in turn, can become the home of anime itself. If Netflix is seen as the home of anime, you’ll instinctively seek them out first when wanting to watch something. As much as the documentary says it wants to find out about what anime is, in reality, it wants to decide what is and isn’t anime, disregarding the history of the industry and narrowing down the potential the medium has so that it can be rebranded on their terms. Far from attempting to explore what anime was, is and can be, it wants to own anime and absorb the genre itself, terraforming a malleable art form into a Netflix creation that can be intrinsically linked to themselves.

If Netflix’s Enter the Anime truly cared about exploring what anime was, less time would be spent exoticising Japanese culture through shots of geisha and the Robot Restaurant and more time picking the minds of animators (animators who only appear as props and are never given a chance to speak for themselves) and understanding the appeal of anime and its creators. It would explore the passion of its fans and its creators and it would look at its storied history, instead of solely promoting the latest Netflix original anime series. 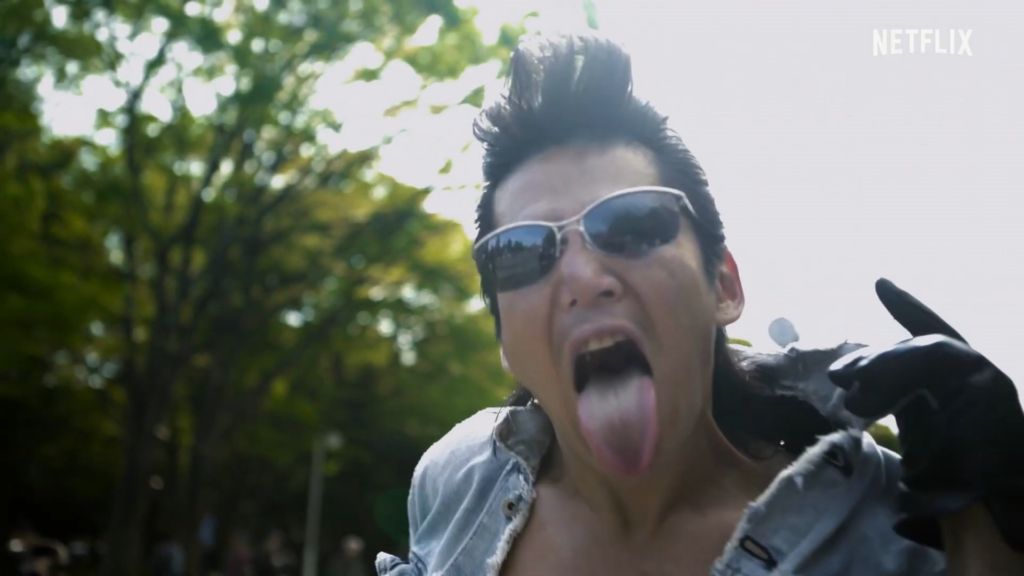 Then again, if it were to explore these elements it would maybe have to acknowledge the flaws in the industry as well, many of which Netflix, while certainly not responsible for, haven’t used their disruptive entrance into the creative process to fix. While the discussion of overwork is briefly brought up, it’s brushed aside as being endemic of Japanese culture more broadly despite it being particularly bad within this industry. It ignores how animators have been sent to the hospital after working hundreds of hours at a time, and it fails to discuss the pathetically low pay of junior animators and low salaries across the board. Then again, discussions of this may lead to questions asking why a company all too willing to pay $100million for the rights to classic 90s US sitcoms can’t toss a small amount of extra money towards their anime productions to ensure the creators behind them have a living wage (something they have much more control over considering that Netflix are often the sole company funding many of their original series).

As I mentioned at the start, Netflix’s Enter the Anime wouldn’t even be worth discussing if it were simply a lackluster documentary which failed to explore the history of the anime industry. The issue is that it others and diminishes the culture that created it while trying to appropriate the medium into the Netflix brand itself. This documentary claims to promote anime but only succeeds at demeaning it and demeaning those behind it by constantly dismissing them as crazy and deranged. I wish it was simply a confused and disappointing experience, but its orientalist imagery and marketing push leave it feeling outright insidious.