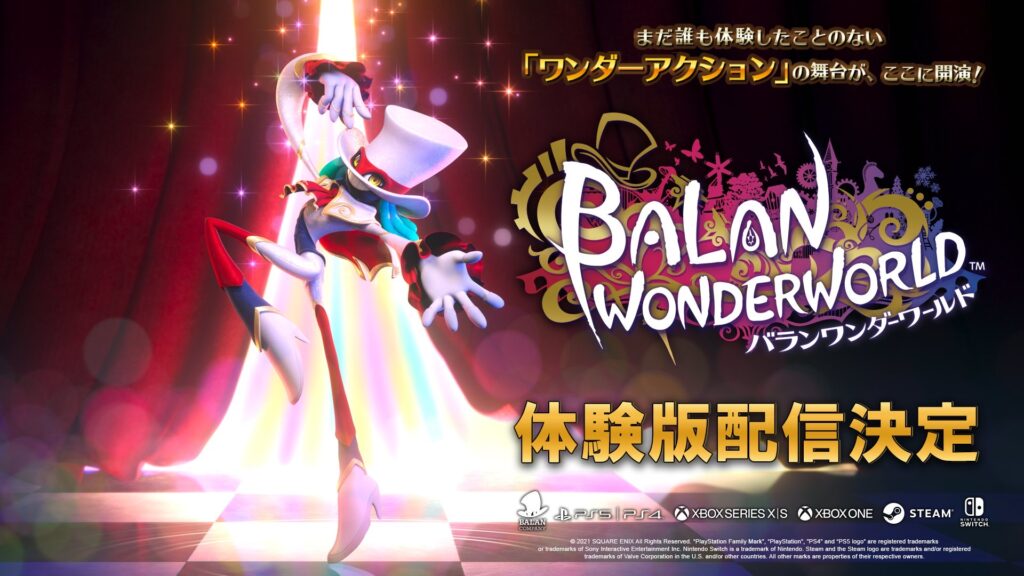 Balan Wonderworld, Yuji Naka’s upcoming 3D platformer at Square Enix, is set to release this March, with a demo introducing players to the whimsical world the game is set within coming later this month on 28 January.

Yuji Naka’s first project since leaving his self-founded studio PROPE to join Square Enix is a 3D platformer that sees the director return to his roots. The game both visually and in terms of gameplay holds hints of all the director’s previous projects, from Sonic to Nights to Rodea the Sky Soldier. After an exciting reveal, however, interest in the game has somewhat dimmed, and Square Enix hopes that a new demo will revive interest in Balan Wonderworld.

The upcoming demo will allow players to get to grips not just with the controls and world within which the game is set, but also introduce them to some of the variety on offer. The demo will offer acts 1 and 2 of chapter 1, alongside act 1 of chapter 4 and chapter 6. The demo will also offer access to the Isle of Tims, where you can raise creatures known as Tims, and will also offer 2-player local multiplayer, coming together to a substantial level of content for players to dive in for free ahead of release.

According to the wonderfully illustrated previews over on the official website for the game, which coincide with trailers that introduce each area based on the hearts of the characters they center upon, should ensure a variety into the levels players can explore. A farmer’s field can be found in Chapter 1,  the sky world of chapter 4 and the meeting place of Cass and her kitten in chapter 6.

For those interested in giving the game a go, Balan Wonderworld will release worldwide on 26 March on PS4, PS5, Xbox One, Xbox Series, Nintendo Switch and PC, with demos available on all these platforms on 28 January.