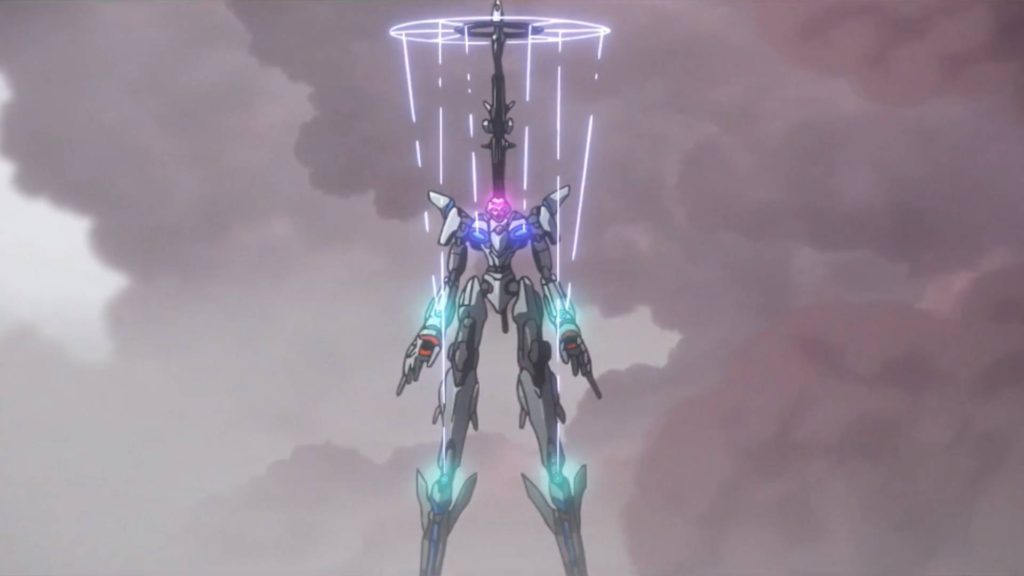 With the latest entry into the Eureka Seven film series, “ANEMONE / Eureka Seven Hi-Evolution”, now showing in theaters across Japan, BANDAI NAMCO Arts is looking to drum up the excitement even more with the release of the first 10-minutes of the film via their official YouTube channel. Opening to the ever-important question, “Do artificial humanoids dream in 3DCG?”, viewers are flashed through the life of Anemone before her life in the United Federation.

While the whole video looks gorgeous, it’s especially in the last few minutes that we see the animation shine, climaxed with the appearance of the film-original Nirvash X. Though I haven’t had a chance to check out the theatrical run of the film just yet, I’m beyond excited to see the twists and turns that I’m sure the team has put together this time. It’s looking like a darker chapter in the Eureka Seven story than anyone could have possibly seen coming, and I’m completely okay with that.

In theaters across Japan now, I can’t wait for the film to make its way internationally for everyone to enjoy. Until then, however, we’ll be sure to keep you updated as more is revealed, especially leading into the conclusion in 2019. Those interested in checking out even more information, be sure to check out Eureka Seven’s official website.