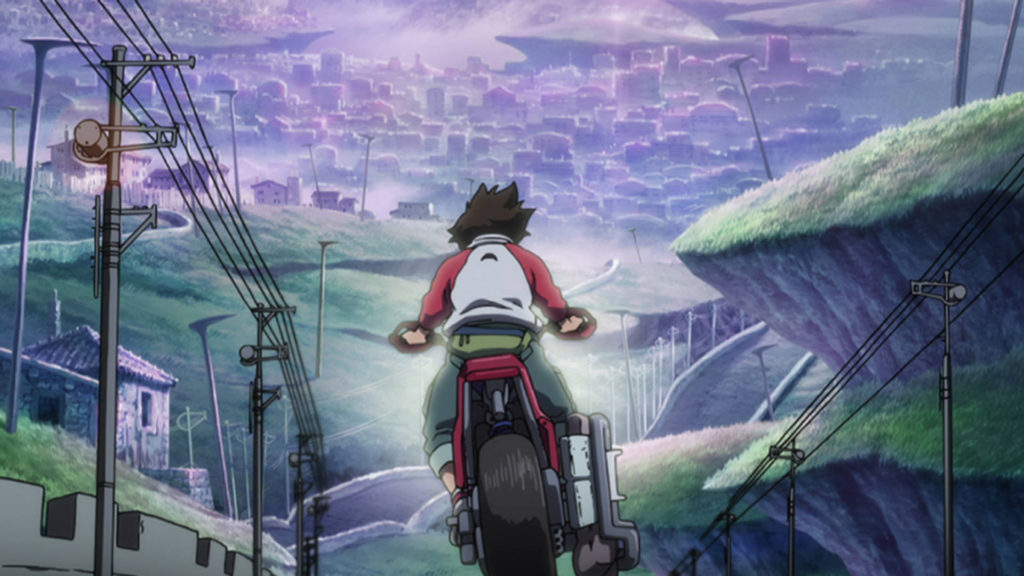 After a world of anticipation following a global-first screening at Otakon 2017, followed by a subsequent Japanese cinema release, “Eureka Seven: Hi-Evolution 1” is finally heading to theaters across the United States via FUNimation Entertainment. The film is set to screen on both February 5 and 7, offering Japanese audio with English subtitles.

The first of a three-part out-of-this-world experience, “Eureka Seven: Hi-Evolution 1” takes us on an adventure through the eyes of Renton Thurston, riding into the skies and pursuing a simple love in such urgent times of war. Taking viewers deeper than ever before into the mysterious “Summer of Love” phenomenon that happened prior to where the original series kicked off, “Eureka Seven: Hi-Evolution 1” is as visually and sonically charming as it is compelling.

Calling on much of the original staff from the 2005 animated series, including the likes of Tomoki Kyoda, Dai Sato, and Kenichi Yoshida, we can’t wait for audiences in the United States to experience the trilogy’s first film. For those of you interested in checking further into the film, as well as the screening locations, be sure to check out FUNimation’s official website, here. We’ve also got a lengthy archive of content related to both the film, as well as scriptwriter Dai Sato available for your viewing pleasure, here.