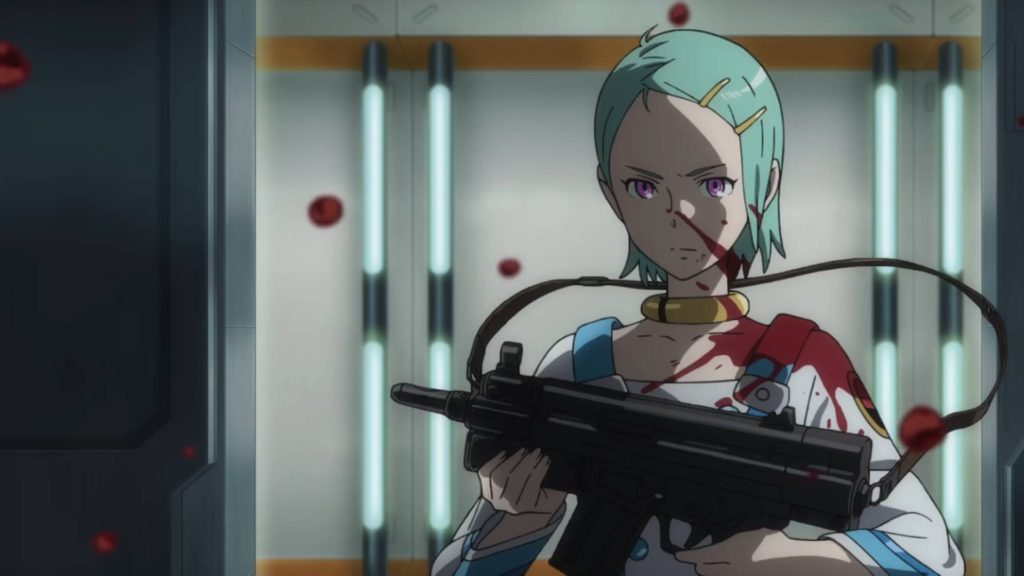 The first in the “Eureka Seven: Hi-Evolution” trilogy of films which opened in Japanese theaters September 16, 2017, is set to release on both Blu-ray and DVD in standard and limited edition formats on February 23, 2018. The announcement was made via both the official website for the series, as well as social media accounts linked to the trilogy. If you haven’t had the chance to check out the film yet, it’s a lot to take in; essentially taking the original 2005 anime series and retelling it fusing both the original and updated animated cuts.

Described by scriptwriter Dai Sato as one of the hardest projects he’s ever tackled during our AMA session with him, we can’t wait to see how it all comes together in a complete package at release. As mentioned, you’ll be able to get your hands on either a limited or standard edition of the Blu-ray release, or a standard release of the DVD. Breakdowns of what’s included in both can be found below:

Depending on where you get the physical copy of the film from will wield different rewards, something you’ll find quite common over here in Japan. For example, netting a copy from Amazon will wield you with an original A4 visual sheet, whereas picking it up from 7net will score you a B2 fabric poster.

It’s an exciting time for the series, and we seriously can’t wait to see what happens leading up to the second entry into the trilogy due out in 2018. If you’re interested in checking out our previous coverage of the series, be sure to check out our archive which is full of exclusive interviews and information, here. Otherwise, head over to the official website for further information on getting your own copy of the film.

Review: SK8 the Infinity Episode 1 – Snowfall on a Hot Night