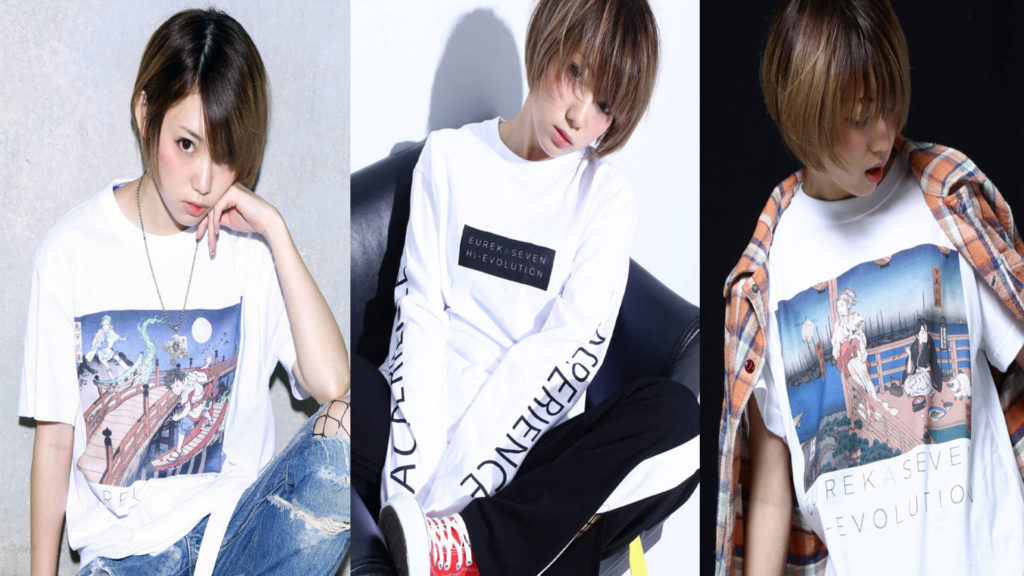 Eureka Seven have a clothing collaboration going on with street brand UNGREEPER with original illustrations by TAKUMI that flawlessly blend anime and street culture into one incredible package.

It’s become more and more apparent as of late that there’s a merger happening between the worlds of fashion and anime subculture all around the world. For various reasons, there’s a large amount of inspiration being shared between each subculture, and over the years its produced some pretty incredible results. When it comes to anime, there are few with a more counter-culture stance than that of Eureka Seven; which inevitably makes it the perfect match for such an anti-establishment movement such as the one street fashion presents.

That makes it fitting of course that ahead of the upcoming Eureka Seven film, we’d see some an entire lineup of street-ready goods. Collaborating closely with the team at UNGREEPER, as well as artist TAKUMI, we’re offered a gorgeous collection of Ukiyo-e style Eureka Seven clothing pieces and goods. You’ll have a few more chances to pick up some of the pieces in the coming days. Check out the full gallery below: Interested in picking up some of these pieces up? You’ll wanna be quick. Sales begin August 11 until August 13, if they even manage to last all three days. For further information, as well as where you can pick these up, be sure to visit the official website. Set to release in theaters across Japan on September 16, we couldn’t be more excited for the upcoming film. Are you excited for Eureka Seven: Hi-Evolution? Will you be picking up some of the apparel goods? I know I will be, that’s for sure.