About time? Hell, yes. After being delayed for the second time because of COVID-19 and the State of Emergency in Tokyo and other areas of Japan, the Evangelion 3.0+1.0: Thrice Upon a Time anime movie will finally be released in Japan this Monday, 8 March.

The release includes both 4DX and IMAX versions. A revised edition of the teaser trailer that was screened with the theater rerelease of Evangelion 3.333 was released on YouTube:

The main poster, drawn by Atsushi Nishigori, got an English update: 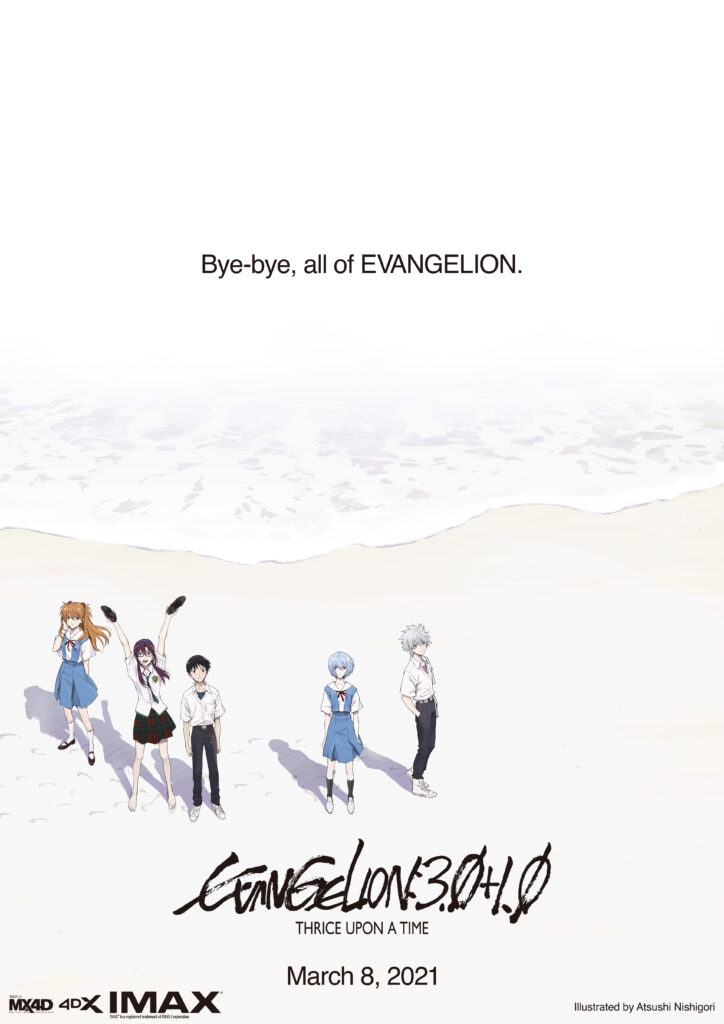 Evangelion 3.0+1.0: Thrice Upon a Time is the last installment in the Rebuild of Evangelion film franchise, that reimagines (or continues, depending on which theory you subscribe to) the Evangelion story. It is set to be the longest film of the franchise, with a runtime of 2 hours and 34 minutes.

The OTAQUEST staff are huge fans of the series. We recently shared our thoughts in a very opinionated podcast on Twitch, and we have written extensively on hot issues like the Evangelion ending, the merchandise aesthetic, the best episodes, Toji Suzuhara and Ritsuko Akagi, and how it would be to work for NERV.

We also have a very handy guide for the BEST way to watch the Evangelion series and movies.