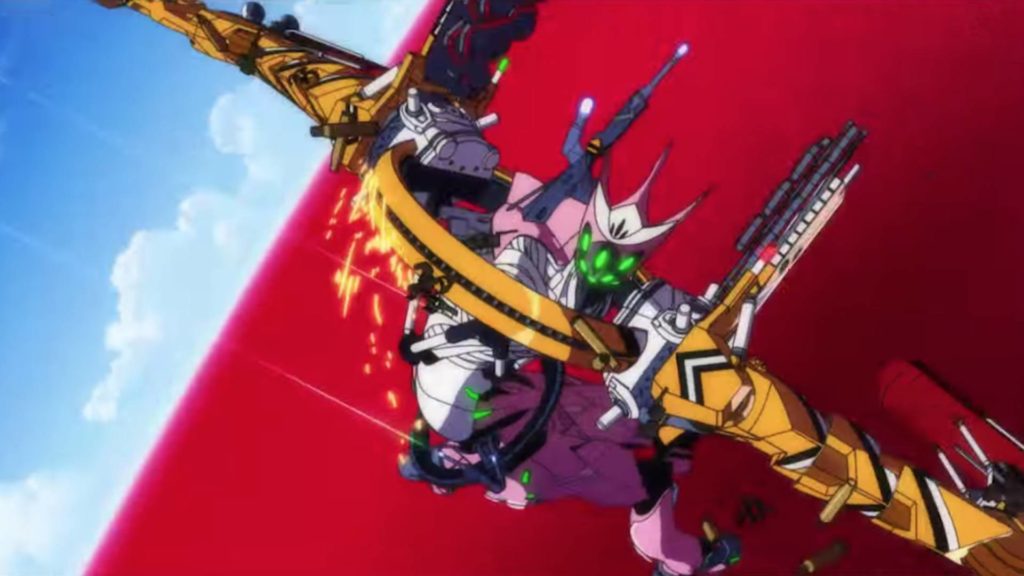 Evangelion is one of the most well-known anime franchises in the entire world. The original series, Neon Genesis Evangelion, was written and directed by Hideaki Anno in 1995, produced by Studio Gainax. It was gripping, psychological, and dense with symbolism and layers of meaning, but it was also plagued by budgeting and deadline issues.

The final two episodes were considered by some fans to be bizarre to the point of being a cop-out on the part of creator Hideaki Anno. He received intense backlash from some corners of the fandom, which prompted him and Studio Gainax to produce two movies, Evangelion: Death & Rebirth and The End of Evangelion.

While initially touted as a true and more satisfying end to the Evangelion story, the films were also contentious, seen by some as a confrontational reply to the fans who were violently ungrateful for the series and all the work that went into it.

With that in mind, it’s not hard to imagine Hideaki Anno wanting another crack at doing his most beloved series justice, and so when he left Studio Gainax to create his own studio in 2006, he also announced that he would be recreating Evangelion in a project called Rebuild of Evangelion.

It would consist of four movies: Evangelion: 1.0 You Are (Not) Alone, Evangelion: 2.0 You Can (Not) Advance, Evangelion: 3.0 You Can (Not) Redo, and Evangelion: 4.0, also called Evangelion: 3.0 +1.0. The production would be entirely run by his new Studio Khara, and the first three films were released in 2007, 2009, and 2012 respectively. 1.0 and 2.0 were both critical and commercial successes, seen as smoothing over some of the rougher aspects of the original series, but the third film was less well-received, and after Anno’s depression remerged the fourth film was delayed indefinitely.

When he went to work on 2016’s Shin Godzilla, a solid release date for Evangelion 4.0 looked like an ever-shrinking possibility, although there was scattered news throughout 2017 and 2018 that production on the fourth film was still underway.

Now, eight years after the release of the third film, the Rebuild of Evangelion 4.0 movie is finally set to finish, with a release date of June 27, 2020, scheduled for Evangelion: 3.0 +1.0. A trailer was released in summer 2019, along with a screening of the first ten minutes of the film in Paris.

Interestingly enough, none of the three main characters make an appearance in the ten-minute teaser, which focuses heavily on Mari Illustrious Makinami—an entirely new character in the Rebuild of Evangelion series, introduced in the second film. The addition of new characters and the tweaking of old ones is one of the biggest differences between Rebuild of Evangelion and the original series, and Mari Illustrious Makinami is the most notable. She’s clearly older than the rest of the pilots, which makes her stand out in a series well-known for its distraught teenage protagonists.

This emphasis on new characters is fitting because while the first two films followed the original anime series fairly closely, Evangelion 4.0 is meant to deviate and give fans an entirely new ending. Whether or not that ending can hold up to eight years of anticipation is yet to be seen, but the cultural weight of this moment in such an iconic series cannot be denied.