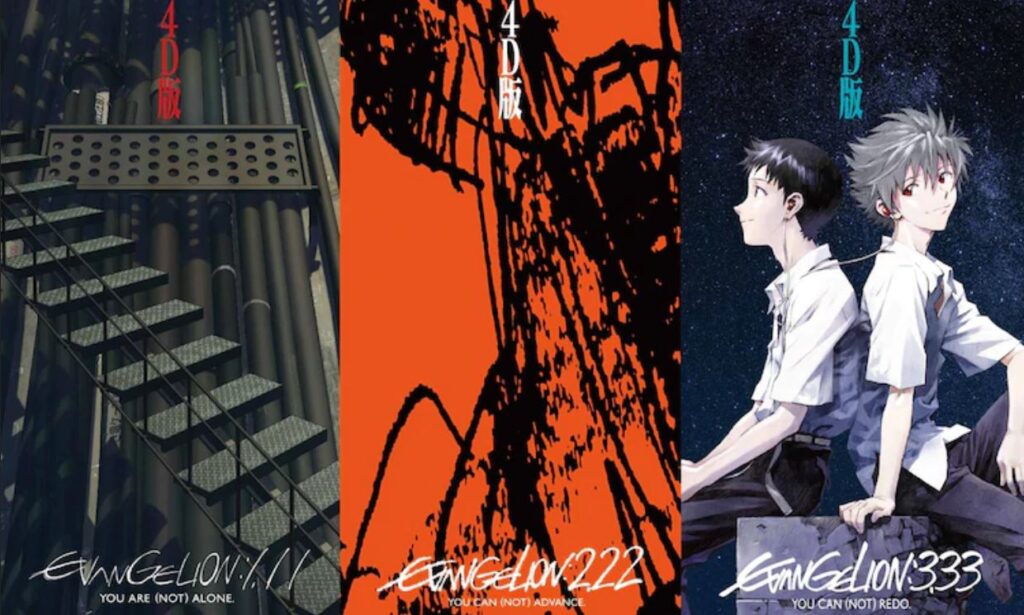 Unfortunately, this isn’t the article with the word ‘Evangelion’ and the number ‘4’ that you’re hoping to read. No, there’s no news about when exactly the 4th Rebuild Of Evangelion film, the tantalizingly titled Evangelion 3.0 + 1.0, will actually be coming out. What was supposed to finally come out over the summer has yet again been indefinitely delayed due to Covid, but Hideaki Anno and Studio Khara are throwing fans in Japan a bone with a series of 4DX screenings this November. The three already released Rebuild Of Evangelion movies, sorry no End Of this time, are getting a grand-scale treatment that’ll turn these beloved entries into a tactile experience you can quite literally feel.

Releasing in chronological order, Evangelion 1.11 comes to 4DX on December 4. Evangelion 2.22 in 4DX follows of December 11, with Evangelion 3.33 in 4DX rounding the screenings out on December 18. They’ll conclude on December 24, which would make for one hell of a Christmas Eve, although we’re unsure whether they’ll all run until then or if they’ll each only run for a week with 3.33 finishing up the 24th. While this is entirely speculation on our part, we wouldn’t be too surprised if some new footage or at least some release information about the last of these Evangelion movies surfaces at these 4DX screenings. 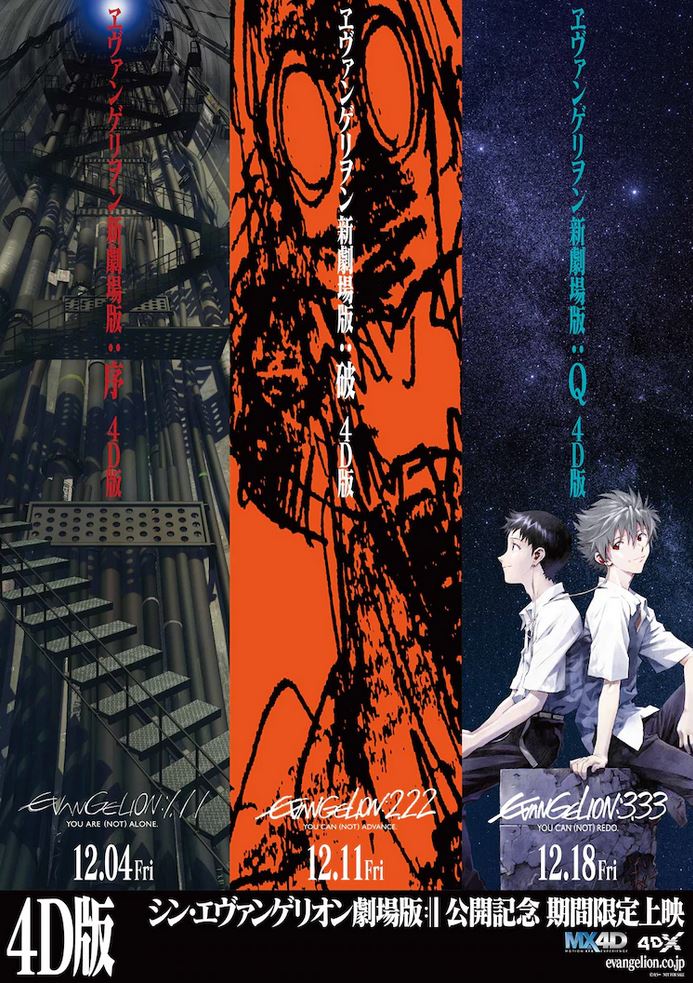 So what makes these 4DX screenings special? They promise to assault all 5 sense with vibration, smoke, wind and other gimmick making these Evangelion movies a more immersive experience. Whether that’ll make these more impactful films, who can say, but getting to experience them in a new light after all this time is worth something! Imagine red food coloring gushing down on you from the ceiling as Unit 01 goes Berserk and cannibalizes an angel. Perhaps the theater will spray the audience down with Yebisu Beer as Misato chugs them down. Truly the stuff dreams are made of.

The Rebuild of Evangelion movies will have their 4DX screenings in Japan starting December 4.