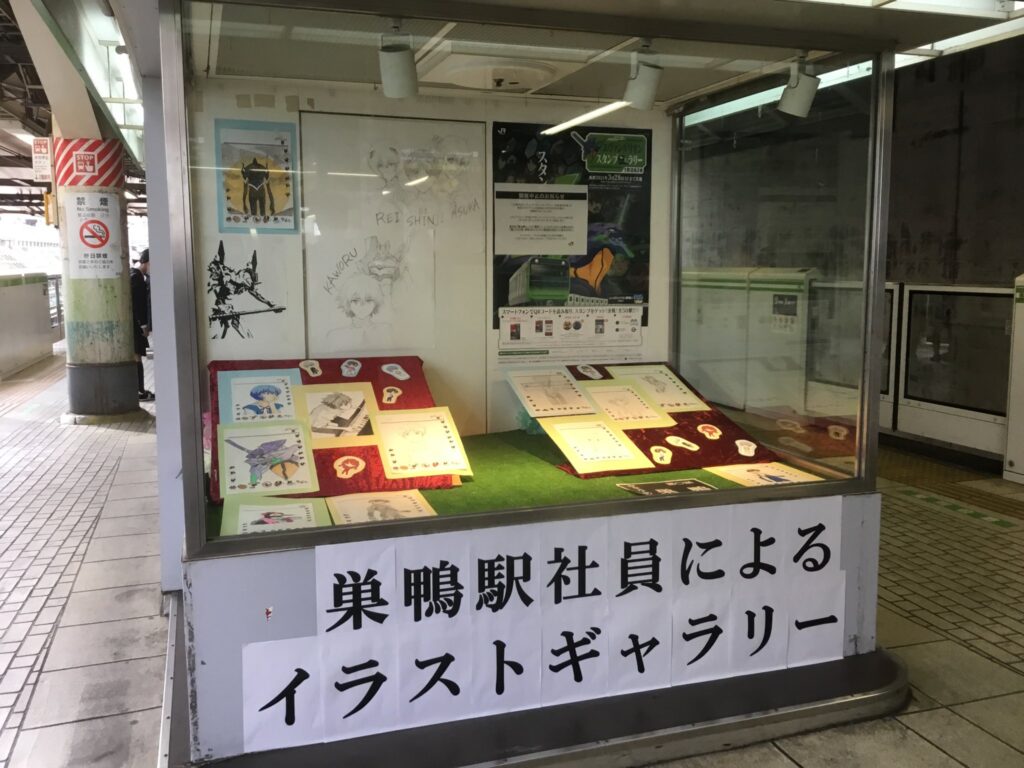 The wait for Evangelion: 3.0+1.0 Thrice Upon A Time was a very, very, very long one, and currently stands as one of anime’s most infamously delayed films of all time. It’s also one of anime’s greatest examples of delayed gratification to boot: as the movie is making gangbusters at the box office, everything from maid cafes to fashion labels, and now train stations are getting on board to celebrate the film’s release with some really unique art. 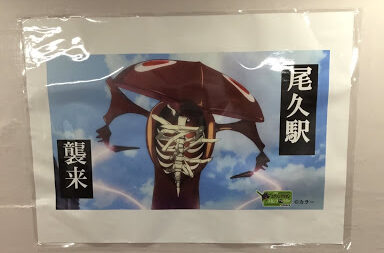 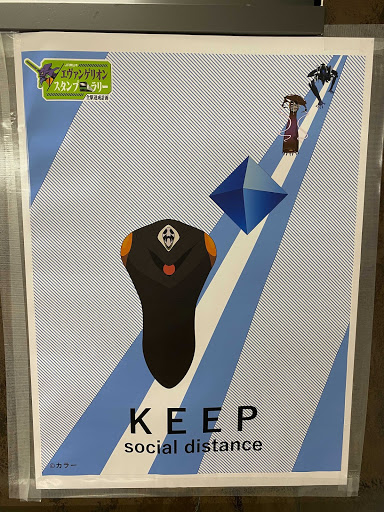 JR East has allowed its employees to come up with creative ways to express their admiration towards the final Rebuild of Evangelion film, and they sure didn’t disappoint. Oku and Sendagaya stations, for instance, had their employees use selected stills from the movie for posters, some of them juxtaposing symbols and imagery with friendly social distance warnings. 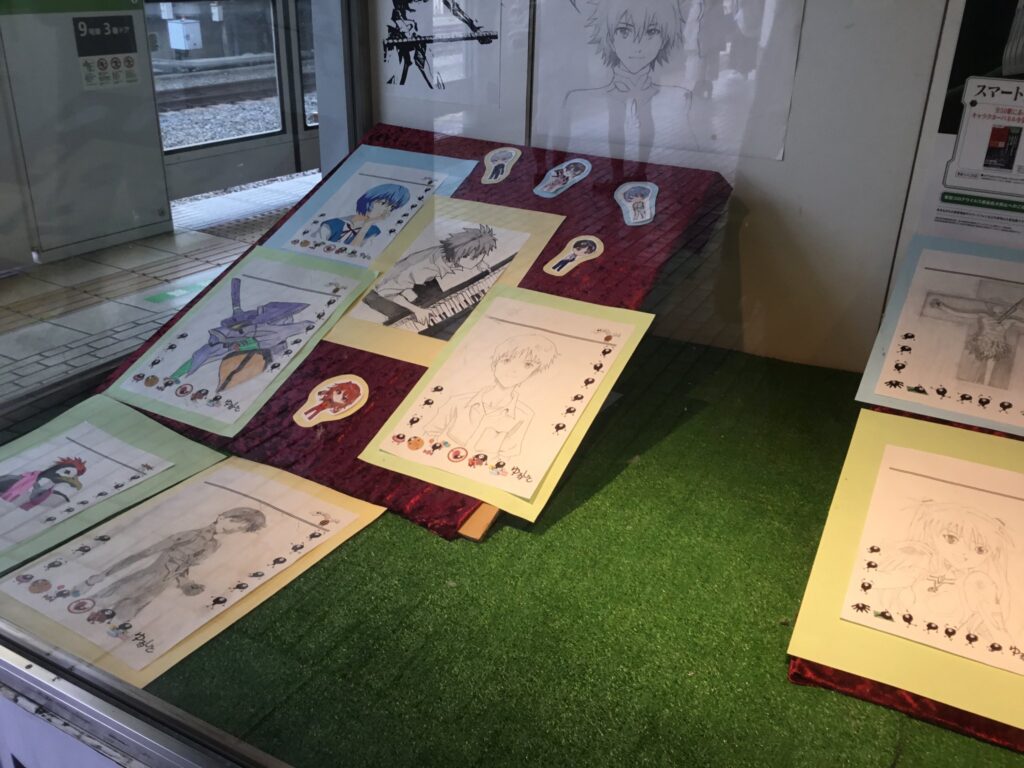 These character posters currently make up the majority of the art littered throughout JR East’s stations, but there’s more to the story. Sugamo Station’s employees drew their own sketches of Evangelion 3.0+1.0’s characters to be neatly displayed behind glass as a museum would. Kashiwa Station would go the extra mile by drawing a gorgeous poster of Rei Ayanami entirely in pencil. The authenticity and incredible attention to detail in Rei’s stenciled glory definitely are a standout amongst the other posters; it really forces one to stop what they’re doing and get lost in her icy cold gaze. 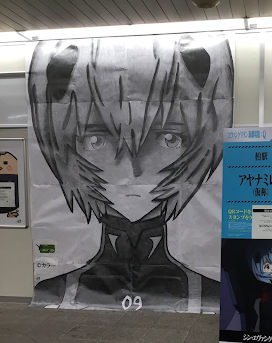 The crown jewel? An awesome, fully fleshed, three-dimensional cardboard replica of a monstrous Eva Unit-02, complete with monstrous teeth carefully crafted by the employees at Ōimachi Station. This one really takes the cake for me: Eva Unit-02 in Beast Mode is already a terrifying mechanical mastodon, and to see it replicated using crude material only adds to its monstrosity brilliantly. It is, as one would say, real horrorshow. 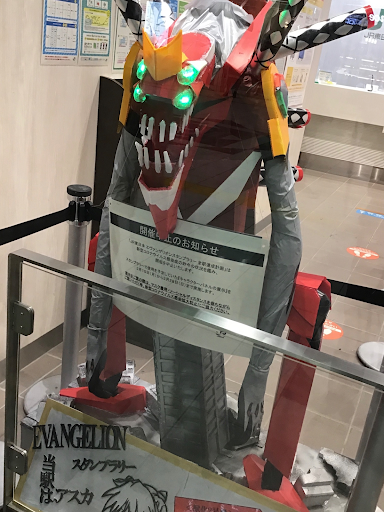 This artwork originally served as part of a stamp rally that JR East announced back in December. It was supposed to run from the end of January to the beginning of March, but the COVID pandemic forced them to push it back to a later date. However, the art in the JR East’s stations makes it clear that the railway company didn’t want COVID to get in the way of celebrating Evangelion. And why should it have? After all, Evangelion fever, unlike COVID, is a fever certainly worth catching.

You can check out JR East’s Twitter for more updates on Evangelion art.