I’ve done some half joking before saying that you could put Evangelion characters or branding on anything and it would sell. Today, I’ve been proved right. The latest to come from the Evangelion merchandise masterminds are the ATFIELD Craft Scissors.  Yes, a pair of scissors that bear the distinct markings and color palettes of  EVA Unit 01 and Unit 02. Now in addition to your 15 piece Asuka figure collection you can buy something that actually has some functional use. The ATFIELD Craft Scissors have been made by Nikken Cutlery who does everything like basic scissors and razors, to One Piece sword replicas. 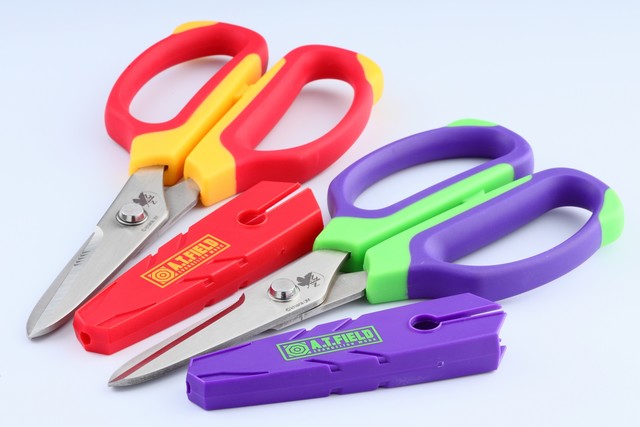 As we already stated, there are two designs that emulate Unit 01 and Unit 02. The ATFIELD Craft Scissors will be released June 5 and retail for 2700 yen with tax. In addition to the iconic purple and green color scheme as well as the notorious red yellow, the scissors feature the original nerve logo on the blades. They’re child-friendly too as they come with scissor caps that are probably my favorite part of this product. On the caps, there’s a logo that reads ‘A.T. FIELD EVANGELION WORK’ which is a sub-brand line of Evangelion branded hardware items in the past. 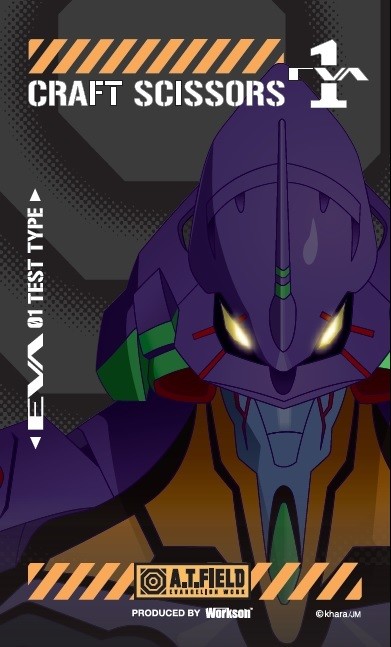 By hardware, we don’t mean computer parts by the way. Yes, Neon Genesis Evangelion branded screwdrivers, pliers, even a power drill, exist. What would you build with the whole line of Evangelion tools? For that matter, what would you craft with these Evangelion scissors? As the name ATFIELD Craft Scissors might suggest, these bad boys are made for cutting fabrics and other things of that nature. You could cut and pattern your very own Asuka Langley Soryu cosplay with these scissors. Conversely, you could take the Shinji scissors and hold them tight as you lie in your bed at night. Just like he would.

The ATFIELD Craft Scissors by Nikken Cutlery will be released June 5 and retail for 2700 yen.