There have been many, many Evangelion collaborations before, but few have been as weirdly cute or as silly as The Battle Cats.

PONOS’ cat-themed tower defense mobile game had a crossover with Evangelion in 2018. The concept of Asuka, Rei, and Shinji as round, Temmie-esque cats was apparently popular enough that they did it again over the last couple of years.

With the delayed Evangelion 3.0+1.0 finally on the way (we hope), The Battle Cats will once again Get In The Evangelion Hype on 1-15 March. 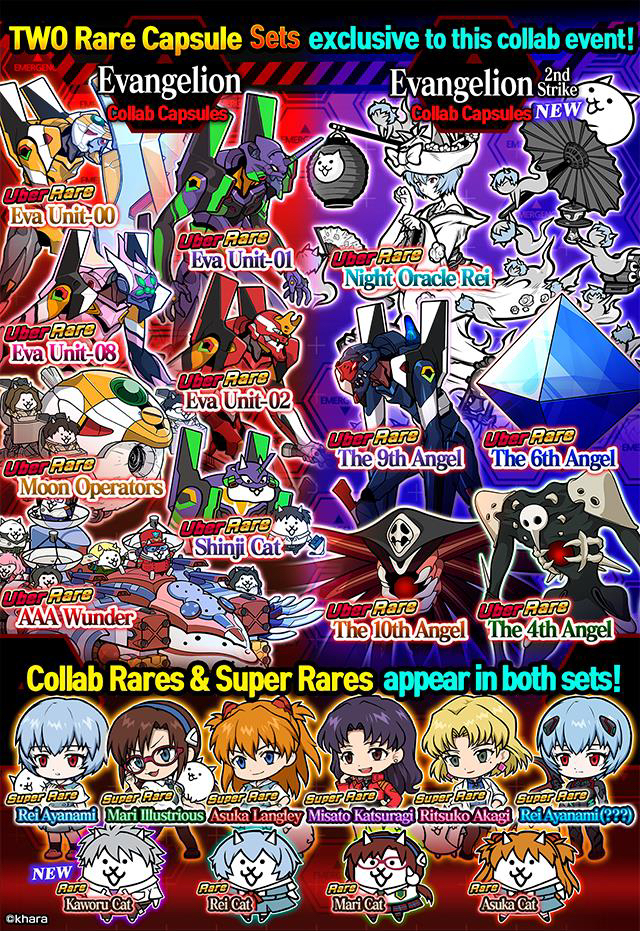 Then there are the SuperRares: Rei (schoolgirl outfit), Mari, Asuka, Misato, Ritsuko, or Rei (black plugsuit version). There are also four Rare: Kaworu Cat, Rei Cat, Mari Cat, and Asuka Cat. Some of these have shown up in previous collaborations; others, such as Kaworu Cat, are new for this version.

The collab will also include Evangelion-themed stages. When cleared, there’s a chance that you might get a limited edition Evangelion item, such as Shinji & Cat, Kaworu & Cat, and the True Form of Shinji & Cat. The Unit-13 Strikes challenge won’t show up until Day 7. 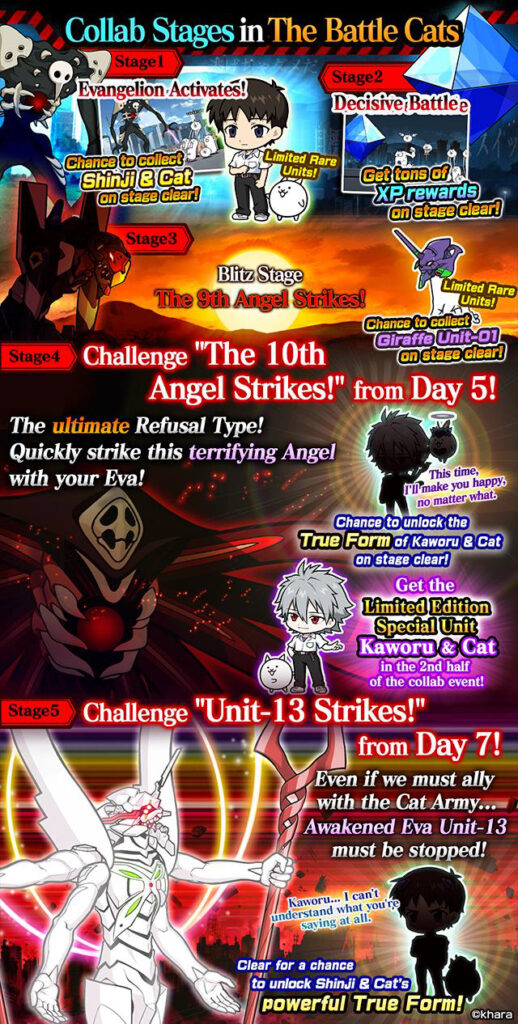 You can also send your collab cats on a special Gamatoto Expedition to find special items at NERV HQ or Near Third Impact. They will also have a daily Login Stamp Campaign. On Day 5, you’ll get Gendo & Fuyutsuki Cats.

Of course, even under normal circumstances, The Battle Cats already has plenty of pop culture content; that’s half the fun of it. But unofficial anime parodies can’t beat Rei Ayanami in cosplay cat form.

According to PONOS, the event begins at 11 a.m. on 1 March, although they forgot to mention which time zone. Probably by the time you read this, I guess?