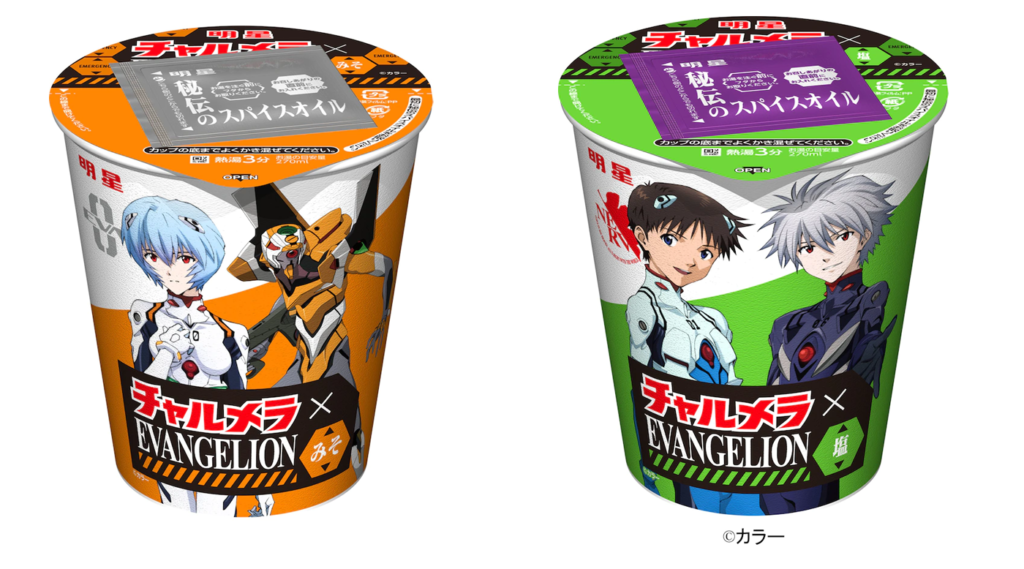 With Evangelion 3.0 +1.0 understandably delayed due to the progression of the Novel Covid-19 virus, we’ll take what crumb we can get to tide us over. We’ve copped the new Asuka Langley Soryu themed telecaster guitar and we’re decked out in our E:Project gear as we game our lockdown days away. We keep saying we can no longer be shocked by whatever Evangelion merchandise will come out, and to be fair compared to an E-Sports gear line and a nearly 3000 dollar music instrument the following offering is pretty tame. Coming from My Ojo Foods is a Cup Ramen series that’s perfect for any extended weeb quarantine. 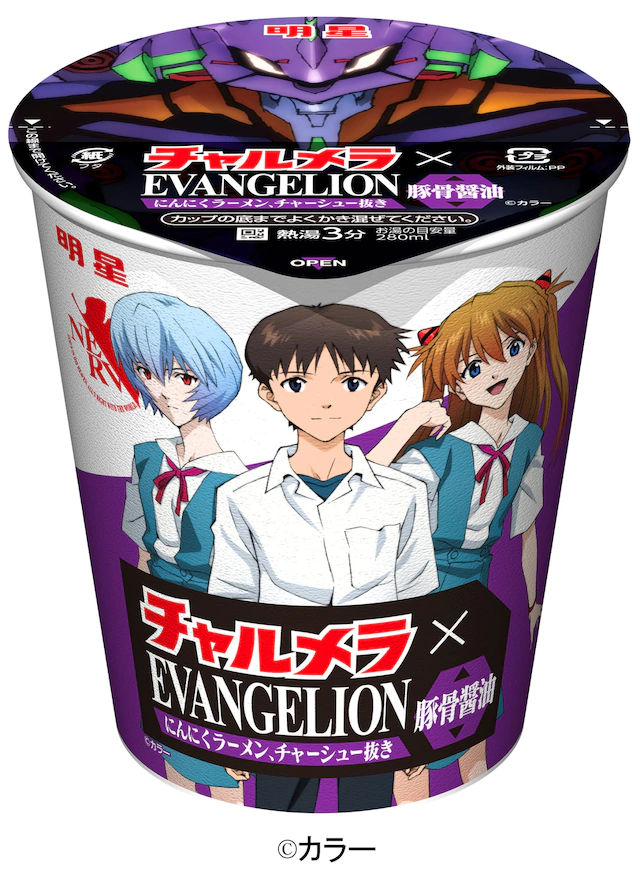 The officially titled ‘Charumera Cup Evangelion’ comes in four varieties each sporting a different design with the series’ iconic cast of characters. Of course both Rei and Asuka have their own solo cups, although Shinji Ikari gets no such luck appearing with either the other Eva pilots or with that angel heart-throb Kaworu. They’ll start to appear in shops from May 18 and retail at a decent, but slightly on the higher end for instant noodles, 193 yen per cup. Who knows if these will fly off the shelf during quarantine so if you’re able to you may want to forage for a set sooner rather than later.

We admit, this wasn’t the first Evangelion tie in product we’ll cover and it won’t be the last. At the rate the producers at Khara get this stuff out, we’ll probably have our next piece out in three or four days. These cup ramen guys aren’t even the first food-specific Eva tie in we’ve gotten recently; You can do a whole quarantine stock up that includes Bikkuriman wafers, Curry, and canned coffee. Admittedly, we’re still the most excited about the Eva Tamagotchi coming our way.