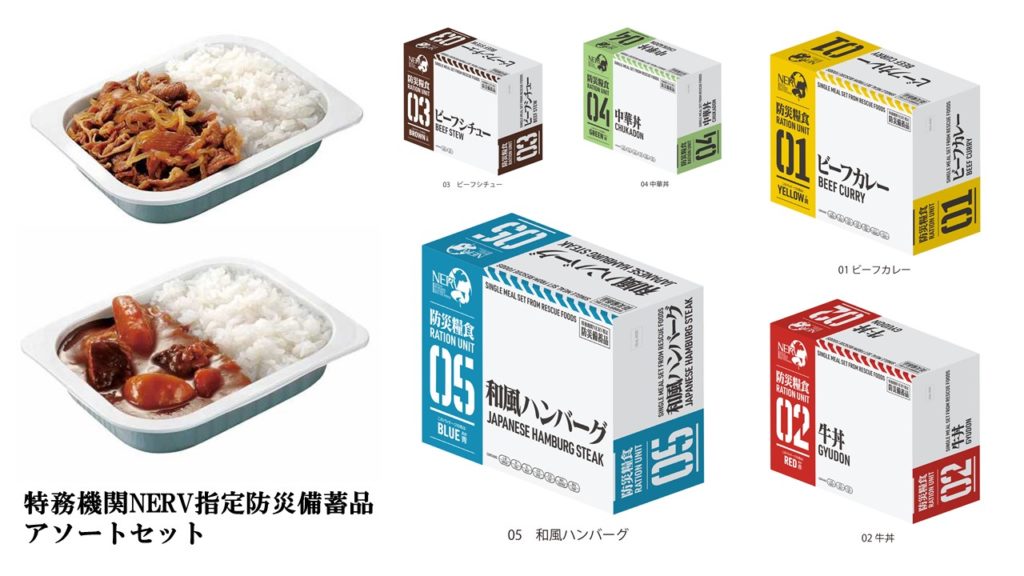 Out of the many, many Evangelion-inspired goods and services, this sounds like one of the more unusual ones. But, if you stop to think about it, this is probably also one of the more practical ones.

Depending upon where you live, there are all sorts of things which could Impact our daily lives — hurricanes, earthquakes, giant alien monster attacks, etc. Undoubtedly, COVID-19 has also left many people feeling jittery about what sort of natural disaster might be lurking around the next corner.

These Meals Ready to Eat (MREs) have a three-year, six-month shelf life. According to the AmiAmi website, the meals are similar to the ones used by the Japan Self-Defense Forces. The meals do not require heat to cook or water.

They certainly sound like they would be useful in a disaster situation — or if you want to pretend that you’re living in Evangelion’s Tokyo-3 during a battle.

Price and Other Details

The five meals come packaged in a box marked with Tokyo-3 and NERV labels. The individual “ration unit” boxes have the NERV logo and “God’s in his Heaven, all’s right with the world” slogan on them.

The meals are made by Forica Foods, a Japanese prepared and emergency food company.