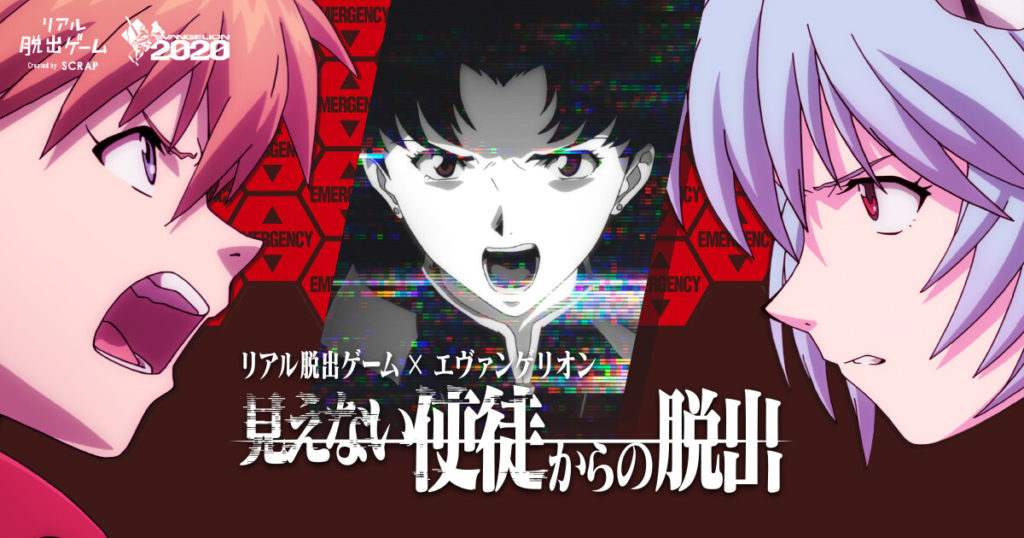 Escape Rooms can be a tonne of fun, and there’s few better at creating them than SCRAP. Famous for their collaborations with game and anime properties, they’ve created Escape Rooms for Persona 5, Hunter X Hunter, and Pokemon: Mewtwo Strikes Back Evolution. The latest to join their already massively-expansive catalog of games? None other than Evangelion.

The idea of these escape rooms is simple. You play as a character within the world of the franchise (either original or established) and solve puzzles that will allow you to escape from the themed rooms. For example, the Hunter X Hunter Escape Room had players take on the role of prospective Hunters attempting to pass this year’s exam.

SCRAP’s latest Escape Game is based on Evangelion, due to the upcoming theatrical release of the film Evangelion 3.0+1.0, finally set to come out in 2020. During this event, players take on the role of a NERV pilot and will attempt to solve clues and help Rei and Asuka capture a mystery Angel that has appeared.

However, whilst other Escape Rooms have been held in a specific themed space, this Escape Game has players walking around in public, trying to find out information about invisible Angels. Players purchase a special kit, which includes voice recordings by the anime voice actors. They will then walk around the public area looking for clues and cracking codes. A LINE account is required to play.

The first of these events will take place from July 29 at Lazona Kawasaki Plaza in Kanagawa. SCRAP has mentioned that they hope to bring this experience to other locations. So what do you think about the idea of fighting off the angels, even if you can’t actually see them? For those interested in checking out additional information, be sure to head over to SCRAP’s official website.