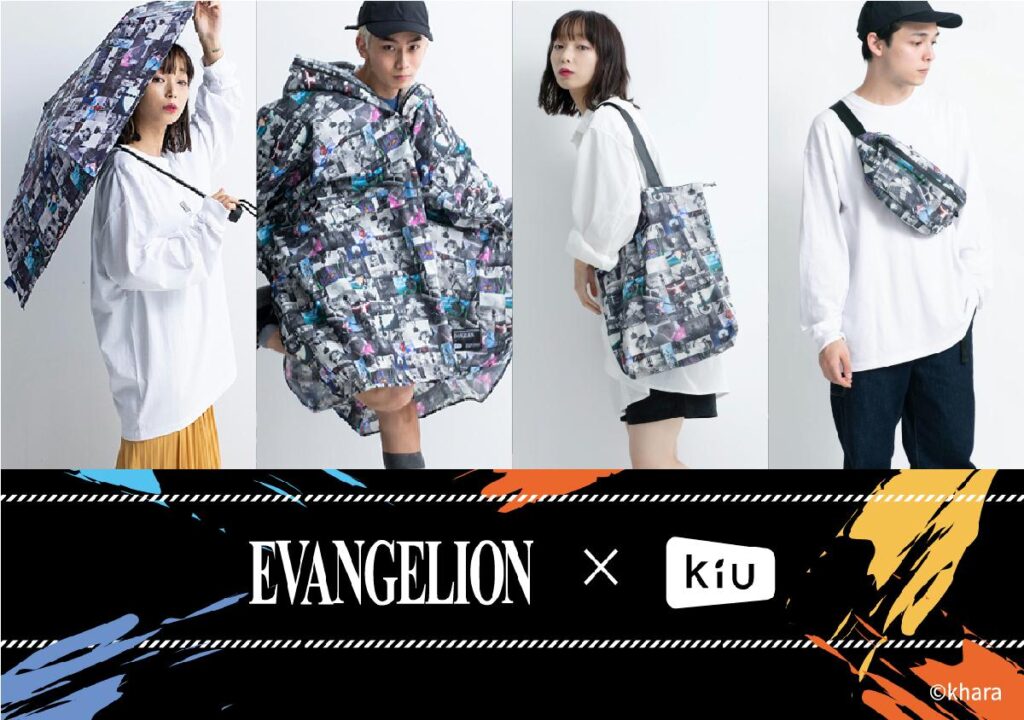 In celebration of the upcoming release of the final film in the Rebuild of Evangelion series, KiU have put together a special Evangelion collaborative collection to get through the rain and cold of the winter months.

With Evangelion 3.0+1.0 fast approaching, the film’s release feels like not just the end of the movie series but a celebration and fond look-back on the franchise as a whole. After all, ‘bye bye, all of Evangelion’, the tag line for the film, feels like a chance to reminisce as much as it is a tease for the final seminal work in the series.

Between cinema re-releases of the previous films, a Tokyo Skytree event that sees Skytree itself lit up in Evangelion colors, and tons of merchandise, it’s a chance to celebrate a series that has touched the lives of many. KiU’s clothing collection fits this idea more than most other merchandizing collaborations so far.

For each of the items in the Evangelion x KiU collection, the design of these items is made up of a collage of scenes taken from the Evangelion films released to date, mostly in black-and-white. They include key scenes such as the introduction of Asuka being in full color to give the design some pop. And this makes for some appealing designs.

The poncho, for example, is both waterproof and windproof and can be rolled up and stored in its own bag for easy carrying or storing in a bag. Yet what makes this poncho stand out is the Evangelion collage that covers both the jacket itself and the carry bag. This same design is also plastered onto the body bag and rain bag, and looks best on the foldable umbrella that protects against rain and UV rays.

Each of these items ranges in price from 2200 yen to 6380 yen and will be available directly from KiU, Evangelion stores around Japan, and select Village Vanguard stores. These items will all be available to purchase from 7 January.