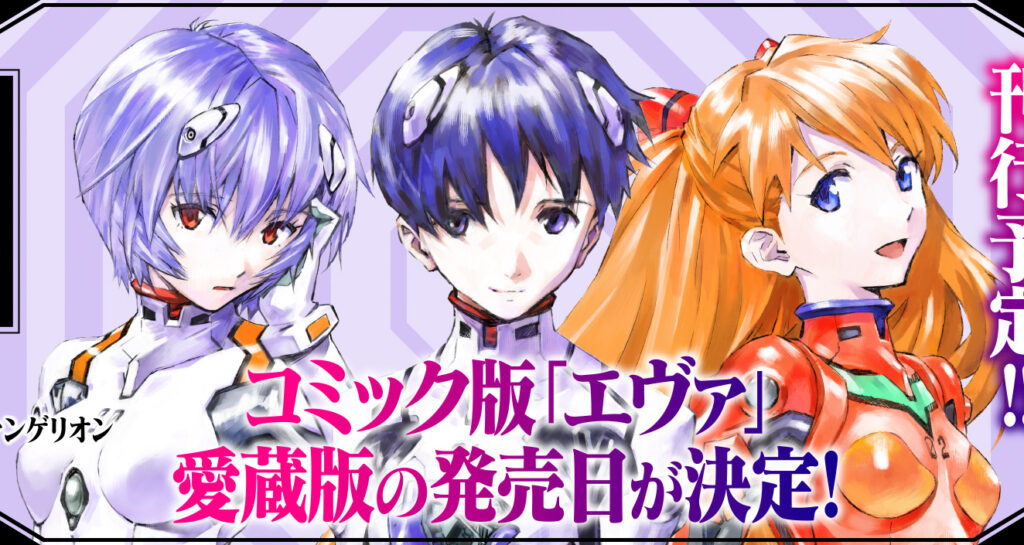 Yoshiyuki Sadamoto’s Neon Genesis Evangelion manga is finally releasing its collector’s editions next year after several months of delay. Originally announced back in February, the new editions were supposed to release this summer, but ended up being pushed back due to the Coronavirus. The new format and illustrations should, however, help bring attention to this oftentimes underappreciated adaptation.

Each volume of the Evangelion manga collector’s edition will collect two volumes of the original manga, making for seven volumes in all. Kadokawa announced today that the volumes will be releasing in batches on the 26th of each month, starting in January with volumes one, two, and three.

The “collector’s editions” of the Evangelion manga are being marketed as such not just because they ‘collect’ the fourteen volumes of the original manga into more compact packages, but also because they come with new covers illustrated by Yoshiyuki Sadamoto. The Evangelion character designer started the manga all the way back in 1995, but didn’t end up finishing the story until 2013. 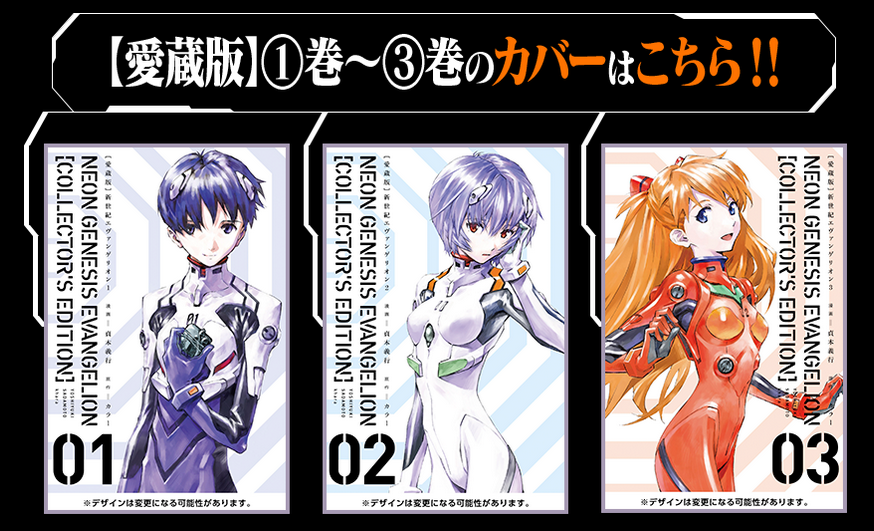 Furthermore, there will be several bundle-in gifts for anyone who buys the Evangelion manga collector’s edition upon release – tese include an illustration book by Sadamoto, an autograph from the author, as well as acrylic stands of Shinji, Rei, and Asuka, among others. Check out the official website for more information.

With any luck, these collector’s editions will bring a little more attention to the Evangelion manga, which has always been one of my favorites due to how it diverts from the original anime. Not only do we get to delve into more of Gendo’s back story and see what happens after the end of End of Evangelion, there is also some important character development for Kaworu that supports the theory that the series is a never-ending cycle.

It would have been nice to seen that confirmed in the upcoming fourth and final Rebuild movie, but, alas, that has been delayed too!