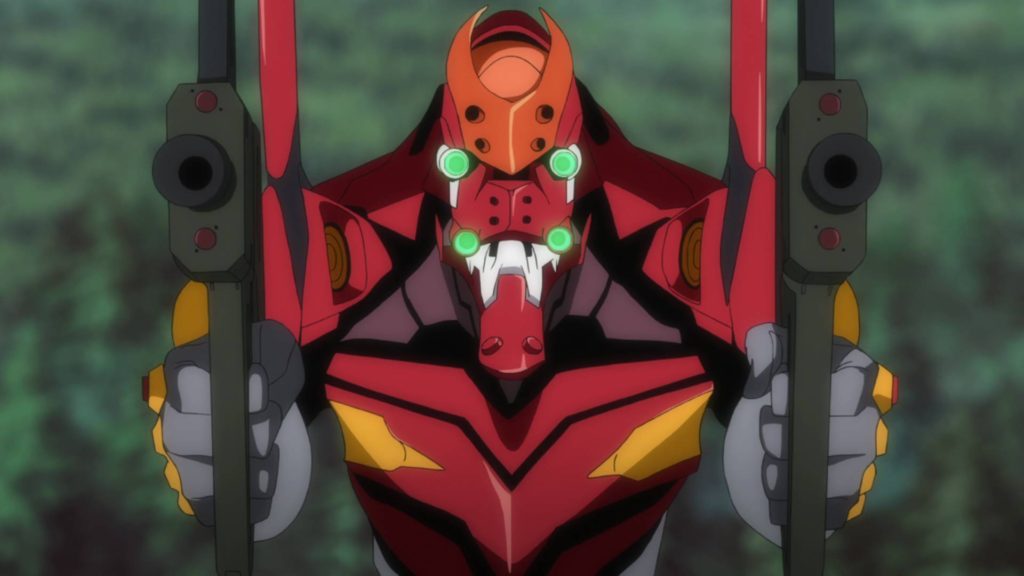 Can you believe that it has already been a full five years since the premiere of the third Rebuild of Evangelion movie? As these last few years have trudged slowly by, doubt had started to creep in. Was Hideaki Anno actually actively interested in concluding the story that he had spun anew? Fans knew of the director’s complicated relationship with the series, and honestly, it didn’t seem so far removed from the realm of possibility that he would keep us all in the lurch with that roller coaster of a third film. We saw him take on other work, such as directing 2016’s live action Shin Godzilla, and we got a little anxious.

Thankfully, beginning earlier this year, it slowly became apparent that the fourth film was indeed in production at Studio Khara, and the time for teasing has reared its playfully infuriating head. We can’t stay too mad though, because our beloved director sure has quite the whimiscal ways of keeping us all on the edges of our seat. Almost every year, Anno and his family participate in the Kamakura Tsurugaoka Hachiman-gu Shrine Bonbori festival, wherein paper lanterns are decorated lovingly by the attendees. Anno has used this opportunity to reveal new hints and designs for the film series in the past, and the tradition remains strong even now.

Anno has made a dramatic returned to the Bonbori festival, this time with a brand-new teaser lantern in tow. Unmistakably, it shows Eva Unit 02’s new form as “Shin Nigouki,” and the film’s official moniker is scrawled at the bottom. It would appear now that Asuka’s bio-mechanical partner has seen the most revisons out of any Eva unit, and it does seem apparent that Anno has a thing for teasing us with anything related to the crimson giant. Whatever happens, we can be assured that Asuka will likely have an even larger role to play in this final chapter of the revered mecha series.

I’ve written at length about the latest developments in the Evangelion 3.0 + 1.0 saga, with the most recent bits of speculation being about just how these films fit into the grand scheme and timeline of the human instrumentality project. You can check those musings out here!