12-Minute Preview of Evangelion 3.0+1.0 to Premiere on YouTube on Sunday 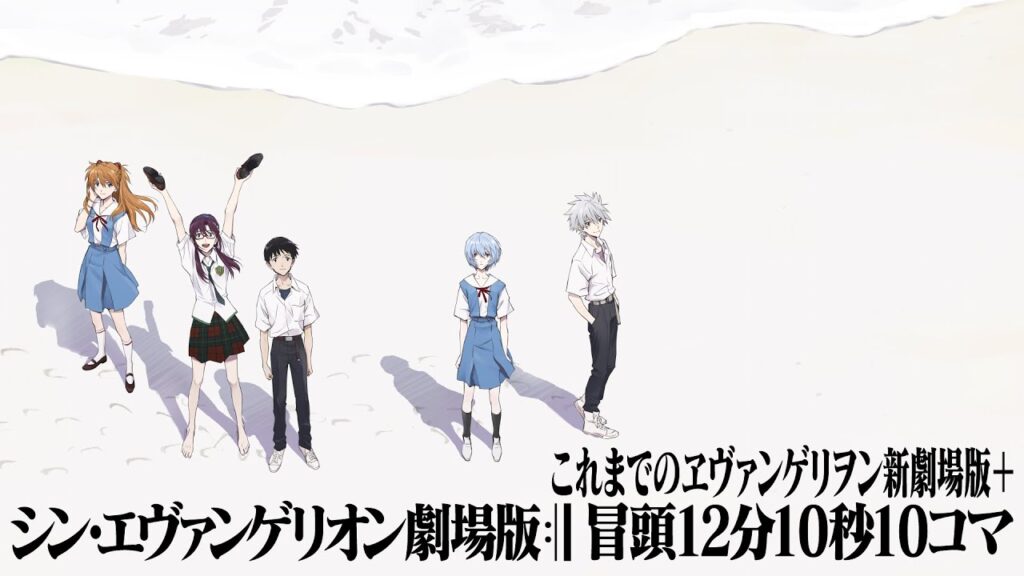 With Evangelion 3.0+1.0 just days away from premiering, Studio Khara has announced a special series of online events that includes a 12-minute preview of the new movie to celebrate the film’s release.

Studio Khara have left themselves in a somewhat difficult position when it comes to promoting Evangelion 3.0+1.0 due to the film’s last-minute delay because of the Japanese State of Emergency situation back in January. Many major promotional campaigns had already started up, including one with Lawson alongside screenings of the earlier Rebuild movies in theaters, and therefore plans to relaunch promotion for the film had to be readjusted to accommodate this. As part of this, Studio Khara have chosen once again to screen films from the Rebuild of Evangelion franchise, except this time it won’t be in theaters.

In the days leading up to the release of Evangelion 3.0+1.0 on Monday, starting this Friday, Studio Khara will be hosting online watch-along events in partnership with Amazon Prime. Starting at 8 p.m. Japan time on Friday, Saturday, and Sunday, the first three Rebuild of Evangelion movies will be screened for free on the Amazon Prime YouTube channels and Twitter accounts in online events that will feature special guests.

Most exciting of all, however, is that following the screening of the third film, the 0706 Avent 10-minute preview of Evangelion 3.0+1.0 will be streamed for free on YouTube in extended form. This new preview for the film will be mostly similar to the one screened in 2019 in various locations throughout Japan and at Japan Expo in France, except it will be extended with previously unreleased scenes to create a 12 minutes, 10 seconds and 10 frames-long preview. This stream won’t be archived after the streaming, and it will be available to watch it in Japan until the 21st on Amazon Prime.

Evangelion 3.0+1.0 is now just days away, and the new preview alongside the screenings of the first three films could be just what is needed to ensure that the audience excitement hits fever pitch by the time the movie releases in Japanese theaters on 8 March.