Announcements for Studio Khara’s upcoming conclusion to the Shin Evangelion movie project are so few & far between that anything they drop on us is exciting enough to merit discussion. This morning the official Studio Khara twitter account dropped an updated version of the image that was used to announce the June 2020 window initially, now confirming the date of June 27th, 2020 as the official release date for the movie. Along with that, they announced a limited ticket reservation campaign for the film with a number of different partnering stores & companies centered around new exclusive goods which begins today in Japan and runs until the end of February. 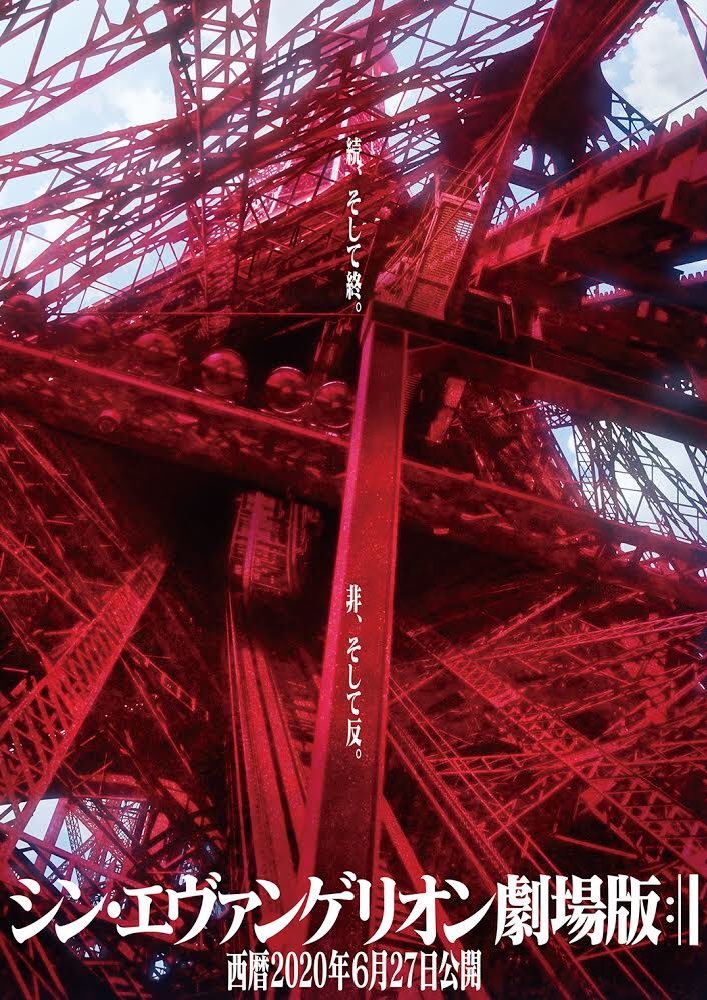 In collaboration with King Records is a reservation for a new album called “EVANGELION FINALLY”. No image has been provided of the jacket yet, but for 5390¥ you get a limited edition of the upcoming CD along with an exclusive design for your accompanying ticket to see the film. The CD will include vocal tracks by Yoko Takahashi & Megumi Hayashibara in connection to the series over the years, the description is a little vague but our guess is that is more of a “best of” album for the series as a whole rather than a soundtrack for the upcoming movie. 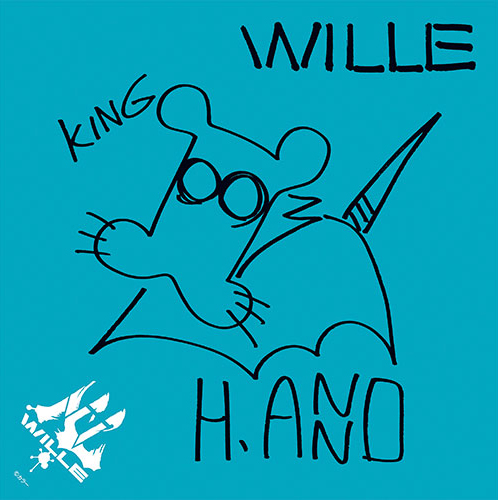 Next up is the Evangelion Store which is selling a blue bandana featuring the WILLE logo on it along with a printed signature of Hideaki Anno. It’s not quite the same thing as having a freshly-inked signature from the acclaimed creator, but it’s not a bad trade-off considering the price-point of 3300¥

Seven Eleven has 3 different items available through their participation in the campaign. 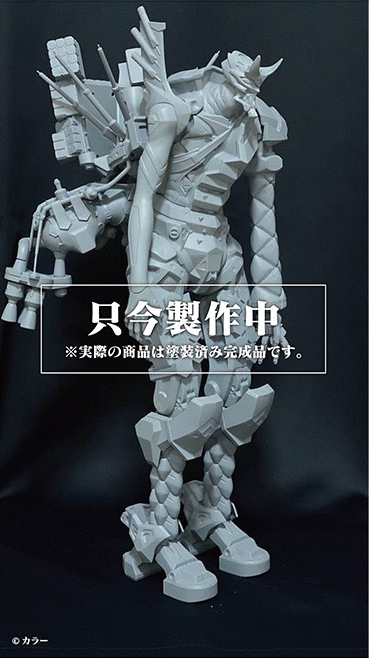 First up is a new KAIYODO designed figure of Unit 02. It doesn’t appear that is is exclusive to the campaign, but reserving your ticket with this figure will net you access to it earlier than anyone else. It’s being said that a state-of-the-art molding technique was used for this figure in order to give it an even higher level of detail than seen in the past. This is the priciest item in the campaign at 36,000¥. 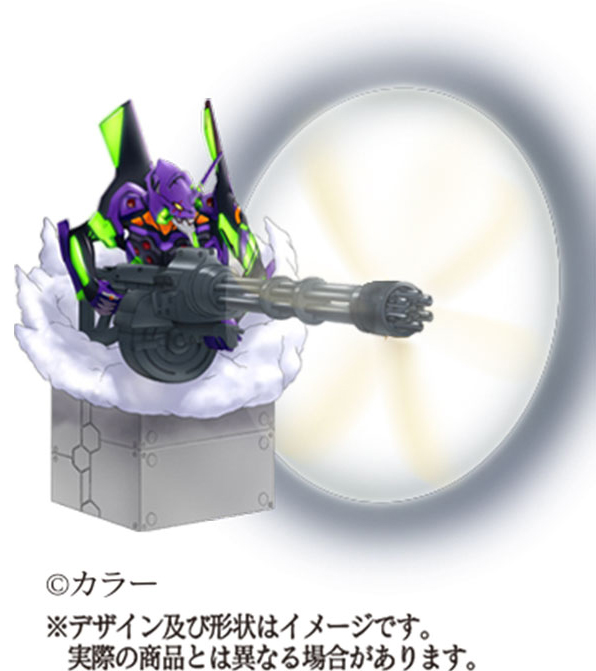 Following the figure is another figure of sorts, but one with a functional purpose. This figure of Unit 01 with its Gatling gun also serves as a small desktop fan standing at 135mm tall. The sticker price for this item is 5200¥. 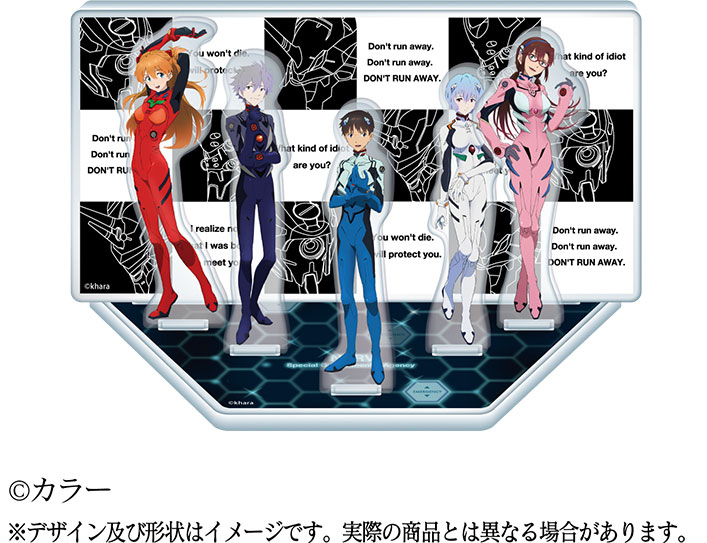 Lastly, an acrylic standee of the 5 pilots standing together with a background featuring movie quotes & images of their eva Units. These kinds of acrylic standees have become incredibly popular over the past few years so it makes perfect sense to include something like this in the campaign, but the price tag of 4650¥ seems a little too rich for my blood given how small these standees are.

Last but not least we have convenience store chain Lawson checking in with a couple of lifestyle goods. 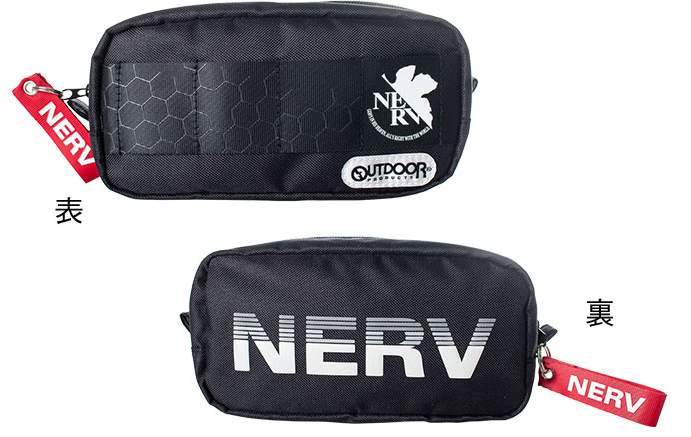 This collaborative pouch with OUTDOOR PRODUCTS is pretty straightforward, but the design definitely stands out as one of the coolest items of the bunch. At 6200¥ it’s a pretty fair price for something being made by a reputable manufacturer and with an actual functional purpose. 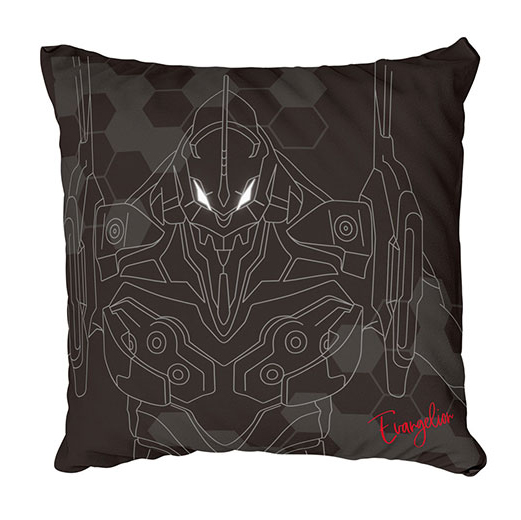 Lastly, we have this weaved cushion featuring an outline of Unit 01 against the kind of geometric pattern seen in a lot of Evangelion’s design. It’s definitely a really cool piece and would make for a solid throw pillow. It’s priced at 6200¥ like the pouch Lawson is selling, so from a cost perspective, there’s not a lot of debate to be had if they’re your sales point of choice. Just go with whichever of the 2 items you like the most in this case.

These kinds of campaigns for movie ticket sales aren’t uncommon in Japan, so nothing about this is too surprising to see but the goods are definitely on par with the level of care & style that the Evangelion brand has fostered over the years. That in itself is enough to make it stand out. They don’t really give an idea of how limited these goods are, but given that many of them are available from a couple of the biggest conbini chains in Japan I would say it won’t be too hard to get your hands on any of these if you’re around during the reservation period.