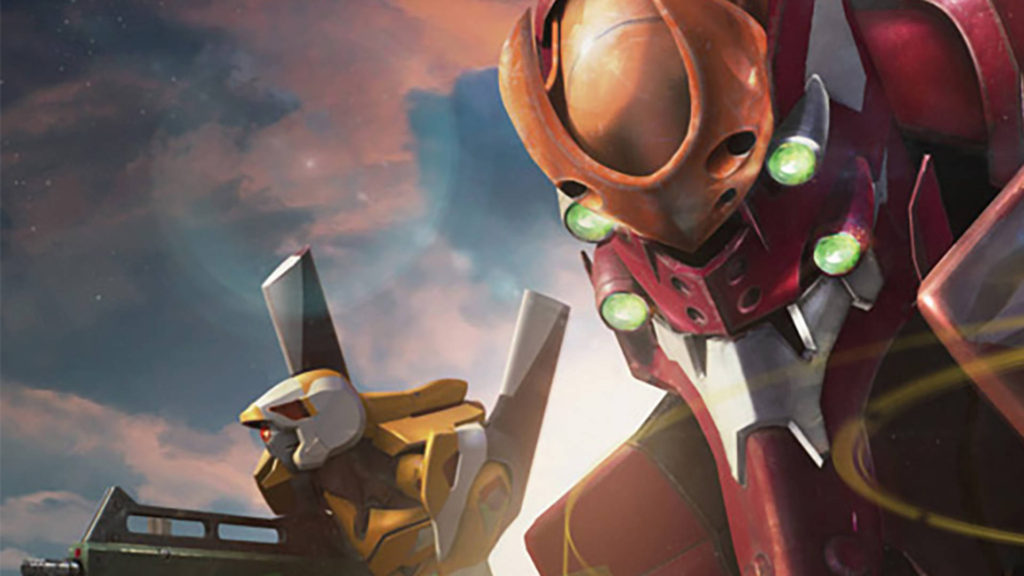 Since the dawn of virtual reality, we as a human race have worked towards a single goal: an all-immersive EVA unit simulator. It’s  a goal that was first, in part, realized when Universal Studios Japan unveiled their Evangelion XR Ride. This ride would place guests on a high-speed rollercoaster whilst wearing a virtual reality helmet, plunging them headfirst into the midst of a fight between both an EVA unit and angel. But while this was cool, there was most definitely something missing from it; and this upcoming collaboration with Bandai Namco aims to fix this.

I’ve been a long-time fan of the Neon Genesis Evangelion franchise, and I’ve always been equally as excited about the potentials of VR technology. So whenever news like this gets revealed, it’s always such an exhilarating feeling of overwhelming excitement. The upcoming collaborative project between Bandai Namco and the Evangelion franchise will be titled “Evangelion VR: The Throne of Souls”, and is going to be made available at Bandai Namco’s VR Zone in Shinjuku.

I’m already super sold on the whole concept, especially after going through some of the details on the official website. You’re pitted up against the 10th angel as it attempts to destroy Tokyo-3. Joining you at your side are two companions in the accompanying EVA units. Within your virtual reality confines, you’re placed into the EVA entry plug as you undergo LCL immersion, A10 nerve synchronization, and sync ratio measurement as if you were truly about to go up against the 10th angel.

In the past, Bandai Namco have also conducted virtual reality experiences featuring franchises such as Doraemon. I’ve gone ahead and shared that above, as it’s definitely worth checking out just what you’ll be getting yourself into. The upcoming “Evangelion VR: The Throne of Souls” is set to become available during Summer, exclusively at VR Zone. For further information, be sure to check out the official English website, here.