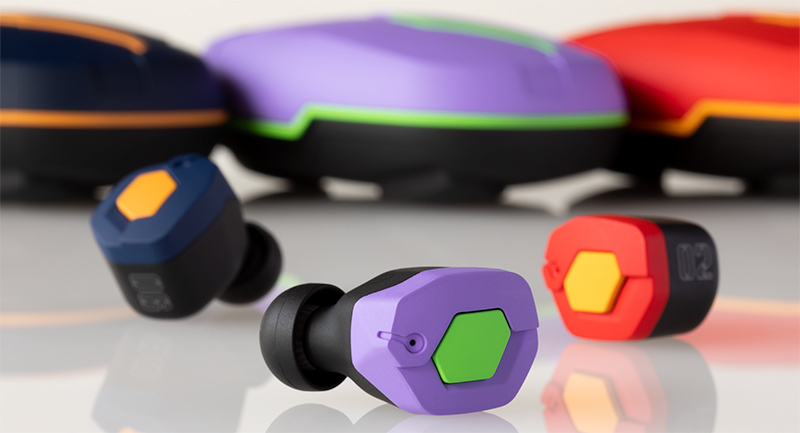 “Put on the earbuds, Shinji.”

This angsty mecha series has long been a favorite of anime fans, and it led to several sequels. The new movie Shin Evangelion Gekijoban, a.k.a. Evangelion: 3.0+1.0 Thrice Upon a Time, was expected to come out in June 2020, until COVID-19 delayed it.

It’s little wonder that Evangelion has inspired everything from razors to instant ramen to a diner.

The new wireless earphones are from the earphone and headphone company S’NEXT, using the brand name final.

There are three color schemes to choose from — purple and green representing EVA Unit 01 (Shinji), red and orange for EVA Unit 02 (Asuka), and dark blue and yellow-orange for the Mark 06 (not seen in the original series; piloted by Kaworu). Each pair of earbuds also comes with a charging case in the same color as the earbuds.

The Evangelion earbuds were first announced in April. But, as of July 27, they are now available to preorder at the S’NEXT Direct Shop.

The earbuds cost 19,800 yen, with tax included, which translates out as $187.87 in U.S. dollars. (The website is designed for people who can read Japanese.)

You can also find them at the NTV shop (once again, the website appears to be Japanese-language only) for 18,000 yen, plus tax.

If you prefer an earphone jack over wireless, the S’NEXT Direct Shop also has the EVA 2020 x final 3D audio earphones.  They are less snazzy than the wireless earbuds. But they are also cheaper, at only 2,980 yen for a pair of  black earbuds.

Whichever you prefer, these new earbuds will let you listen to A Cruel Angel’s Thesis in public without disturbing others.

other Alicia Haddick 60 mins ago