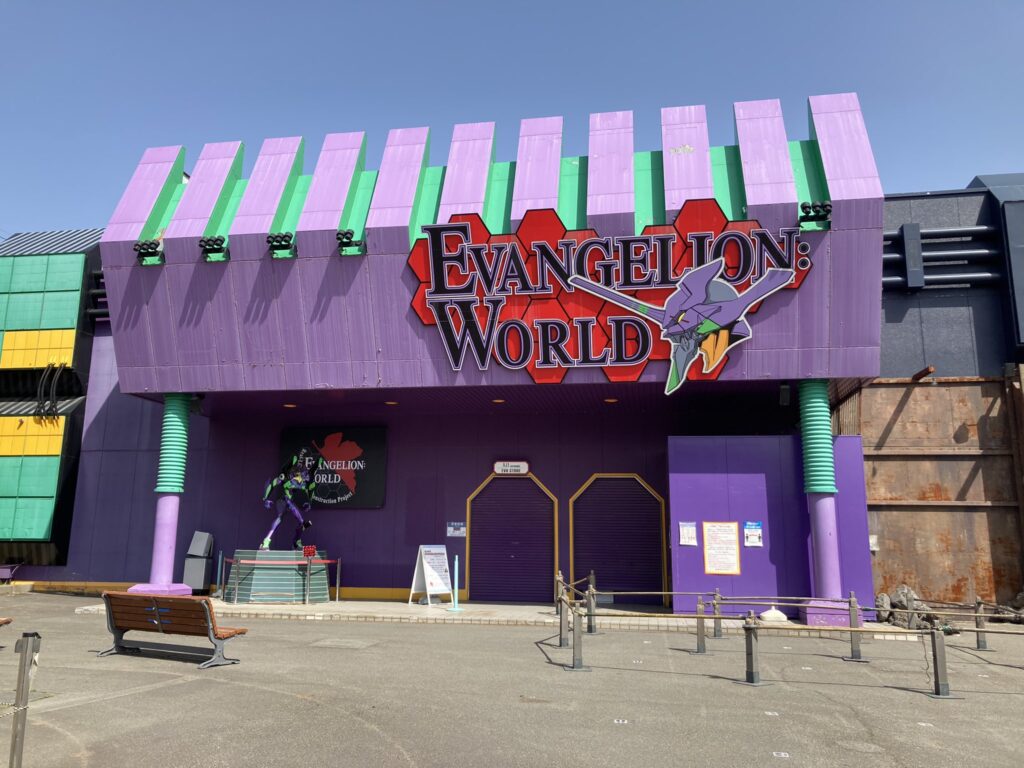 Without prior announcement, popular Japanese theme park Fuji-Q Highland has announced the closure of their Evangelion: World ride, alongside another nearby ride, to make way for a new rollercoaster.

Fuji-Q Highland is the biggest theme park in Japan once you look beyond the big international exports in Disney and Universal, and there’s a reason for that: rollercoasters. The park is known for its vast number of coasters, some record-breaking in size and scope such as Takabisha, which until 18 months ago had the steepest drop of any rollercoaster in the world.

Evangelion: World is more of an interactive exhibit than a ride but had still found a home at the park for over a decade until Fuji-Q yesterday announced the exhibit’s immediate closure.

First opened in 2010, this special exhibit cost 800 yen to enter once you had got inside the theme park, and featured large replicas of props and scenes from the Evangelion 1.11 and 2.22 films that had been released at the time. This included the ability to pose alongside Kaoru, replicate Ikari Gendo’s iconic pose at a darkened desk, and even witness the elevator scene. It was updated for 3.33 upon its release, but never received an update with Evangelion 3.0+1.0.

The reason for that lack of an update had to do with the park’s plans to close the attraction. While they haven’t announced what will replace it, they did confirm that Evangelion: World and Endless Abandoned Mine would no longer be operating at Fuji-Q as of 9 May, in order to make way for a new rollercoaster ahead of the summer 2022 season.

While it feels like a strange time to close it, with the final movie out and performing well in theaters, it’s also understandable why, in our current COVID times, there was no prior announcement to allow people to make a final trip before it closed. The exhibit may be gone, but more rollercoasters are never a bad thing.