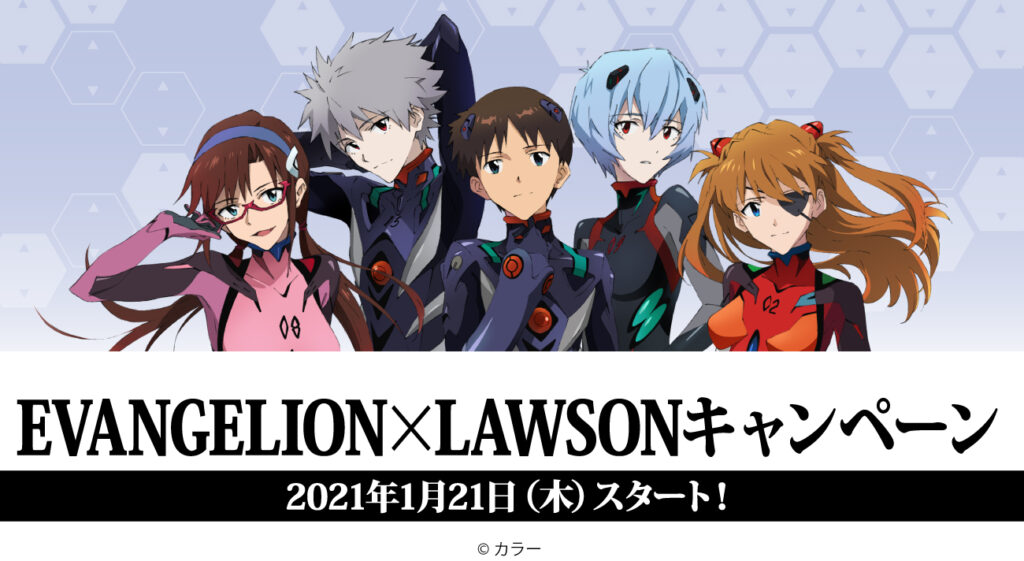 I just knew that today was going to be an EVANGELION news day. Last week JR East announced that they were intending to hold a stamp rally that allowed riders to collect digital stamps to redeem for limited-edition goods. However, that event got canceled due to COVID-19 and the State of Emergency that is currently taking place throughout Japan. In light of that, Japanese convenience store chain LAWSON announced today the the EVANGELION x LAWSON campaign! They will be holding their own stamp rally, and offer some EVANGELION related merchandise for sale in their locations, and a couple of other neat little tie-ins.

The stamp rally is all digital. Patrons to LAWSON who wish to participate can do so by downloading the LAWSON app from their respective Apple App Store or Google Play Store and click on the EVANGELION Stamp Rally icon. You can receive one stamp per store per day and users who accumulate a specific number of stamps will automatically be entered in a drawing to win a variety of EVANGELION related goods, such as a B2 size tapestry  or acrylic stands of the characters.

Fret not because even if you don’t win something from the stamp rally, the convenience store chain is also going to be offering EVANGELION-themed eco-bags as well as special EVANGELION design PONTA Cards that you can purchase which come with three clear files as well. There is still an opportunity to get your hands on some pretty nice-looking EVA swag. If you use one of the ATM machines in the LAWSON locations, you might even be greeted by one of the character voices in EVANGELION 3.0+1.0.

The EVANGELION x LAWSON festivities kick off on 21 January 2021 and will run until 2 February 2021. LAWSON locations nationwide will be participating in the stamp rally and the limited item sales. Keep in mind that this is only at LAWSON stores. NATURAL LAWSON and LAWSON 100 locations will not be part of the campaign.