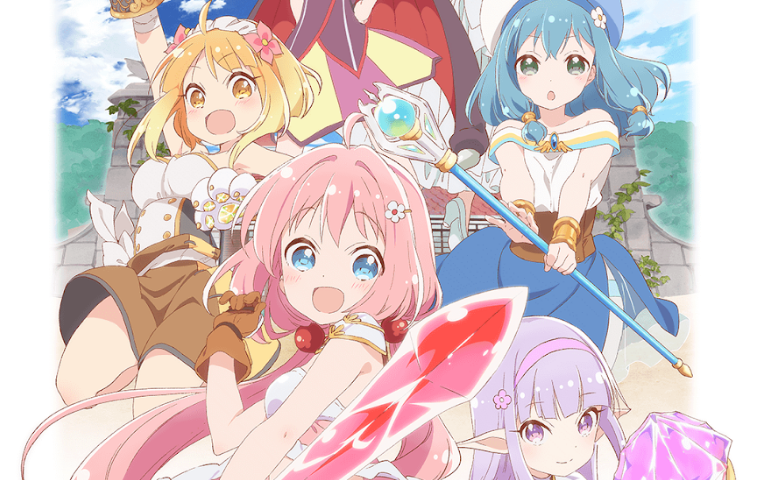 Now that the season is almost completely underway, Crunchyroll has announced yet another four titles coming to its streaming service. Said properties include The Quintessential Quintuplets on January 10, Date a Live III and B-PROJECT-Zeccho*Emotion on January 11, as well as ENDRO! On January 12. Said titles will also be available to stream on VRV. Just like last time, however, the question arises of “which titles are worth picking up this season?”

Let’s address the elephant in the room first, Date a Live III probably isn’t worth your time. The red flags have been there since the start, with the series receiving next to no promotional material during the lead up to its release on the 11th. It doesn’t help that J.C.Staff seemingly have bitten off more than they can chew this year, with A Certain Magical Index III carrying over to this winter season, as well as One-Punch Man Season 2 in the spring and A Certain Scientific Railgun and Accelerator slated for 2019 as well. While it’s a little reductive to group an entire studio into one entity entirely, given that J.C.Staff is subdivided six teams themselves, I still don’t think it would be reasonable to expect high-quality work across the board for so many big titles. A Certain Magical Index III has already been criticized for it’s clearly rushed production and based on comments from Date a Live III’s preliminary screening on January 7 it’s only gotten worse. The animation quality has been said to be wildly inconsistent and the characters break model very frequently. Even as a fan of the franchise, you should probably pass on this one. I can’t help but feel a little bad for director Keitaro Motonaga who has had to watch the series crumble from his time directing the first installment until now.

ENDRO! definitely stands out as the most promising of the batch. Based on the little information we’ve had up to this point it sounds like it will be filling a very similar niche to Konosuba, which definitely couldn’t come at a better time considering the resurgence of tabletop RPGs such as Dungeons and Dragons. The story will follow a group of young girls who attend an Adventurer’s Academy to prepare to fight a Demon Lord who rises up every so often and needs to be defeated. That being said, the Demon Lord has practically no presence in the narrative and it follows the shenanigans of the girls as they live their laid-back lives in the fantasy world. The character designs for the show are very reminiscent of YuruYuri, which would make sense considering they share character designer Namori. If you’re a fan of laid-back cute-girls-doing-cute-things then this show definitely looks like it will be worth checking out.

The Quintessential Quintuplets falls flat at its premise for me. As an adaptation of a harem manga of the same name, the premise does very little to intrigue me. The story follows a poor high-school boy who all-of-a-sudden gets a cushy tutoring gig, only to find out he has to teach five of his “beautiful” quintuplet classmates (who all happen to hate studying). While I’ll give it credit for managing to find a wacky premise despite existing in such an overplayed genre, in the end, I feel it’s reasonable to expect it to follow most of the regular harem conventions.

B-PROJECT-Zeccho*Emotion follows protagonist Sumisora Tsubasa as she manages a group of boy idols. The anime is part of a much larger mixed-media project, consisting of a manga, another anime, rhythm game, and a number of musical releases. Like many long-running series, this one can’t really be recommended. If you’re following the franchise, you should probably already know whether this one is worth picking up or not.

Overall, this batch of Crunchyroll shows feels a bit weaker than the last. With the apparent disappointment in Date a Live III, coupled with no stand out shows outside of the niche genre of cute-girls-doing-cute things, all there’s left to do is hope that Crunchyroll’s final batch is a bit stronger.

Date A Live’s Kurumi Tokisaki Gets a Beautiful Figure

other William Moo 12 mins ago