Valkyrie Dimension is a ladies-only remote DDR A tournament and it’s back for the Fall 2018 season and is now running until October 21! There are 3 skill divisions, so you are encouraged to participate no matter what your skill is! At the start of the tournament, 6 songs per division will be announced. Your EX SCORE is what matters here – it’s at the bottom on the results screen. The total of your 6 EX scores will be your grand total. You are only allowed to enter one division. We covered the previous Valkyrie Dimension tournament back in April, where tournament host Brittney (@thegalagaship) Scott said that there were 50 participants total. 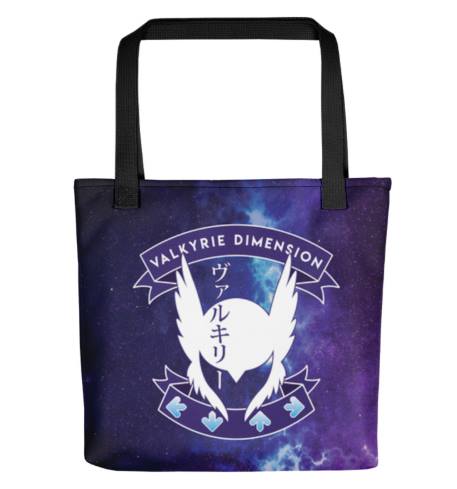 Any girl who completes the Boss Rush challenge will receive a gold pin with black glitter. There is no fee to enter. 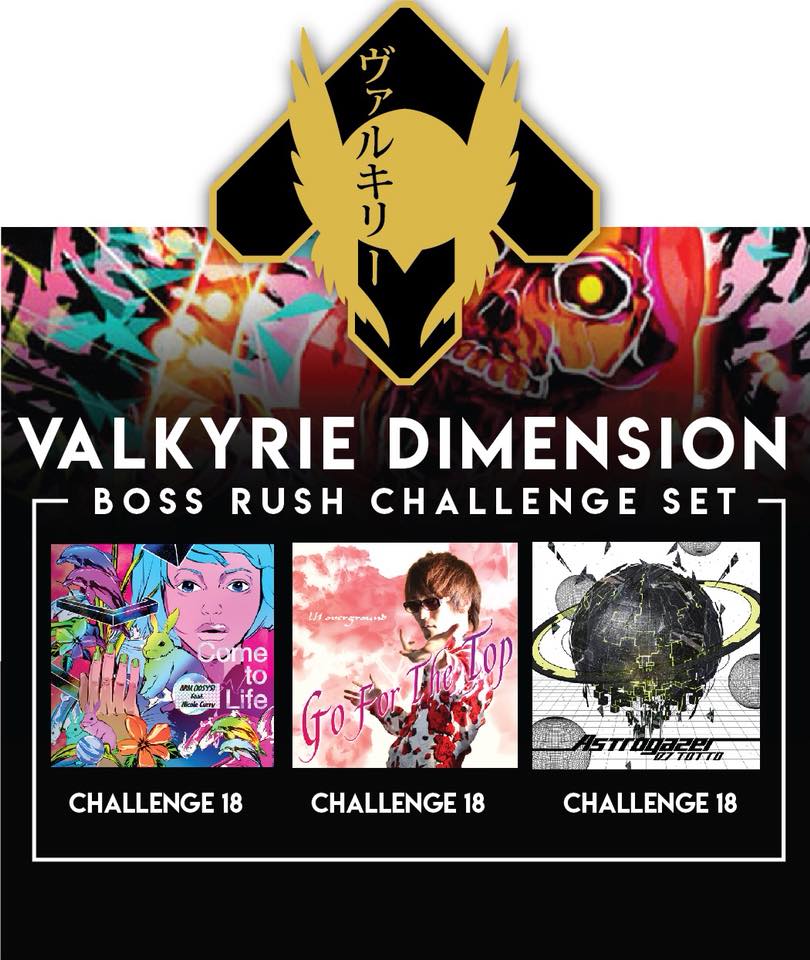 Participants will choose their own division.
SANDBAGGING IS NOT ALLOWED. This means that you must pick the appropriate division for your current skill level so that you will be competing with girls on the same skill level as you. Dropping into a lower division in order to easily dominate the competition is against the spirit of this tournament.

Participants, SUBMIT YOUR SCORES HERE (when it opens)

Difficulty Range 8-12 難易度：８〜１２
The Kind Lady is a beginner DDR player who is almost ready to break into the 13 difficulty. The stamina set won’t be exceedingly difficult, but it will test her ability to be consistent with timing through the entire set. 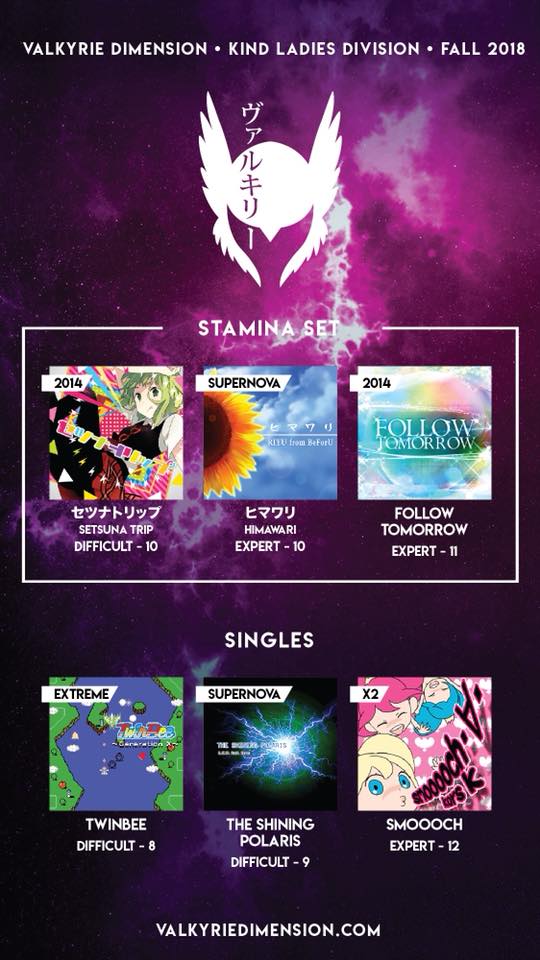 Difficulty Range 12-15 難易度：１２〜１５
The Paranoia Lady is an intermediate DDR player who can pass, or almost pass, a level 15. Some Paranoia Ladies might have also conquered a 16 already, but is more comfortable in the 13-14 range. The songs in this set will start to test your stamina, as well as throw some technical curveballs at you. The single 15 in this set of songs will be achievable, but might be a little tricky. 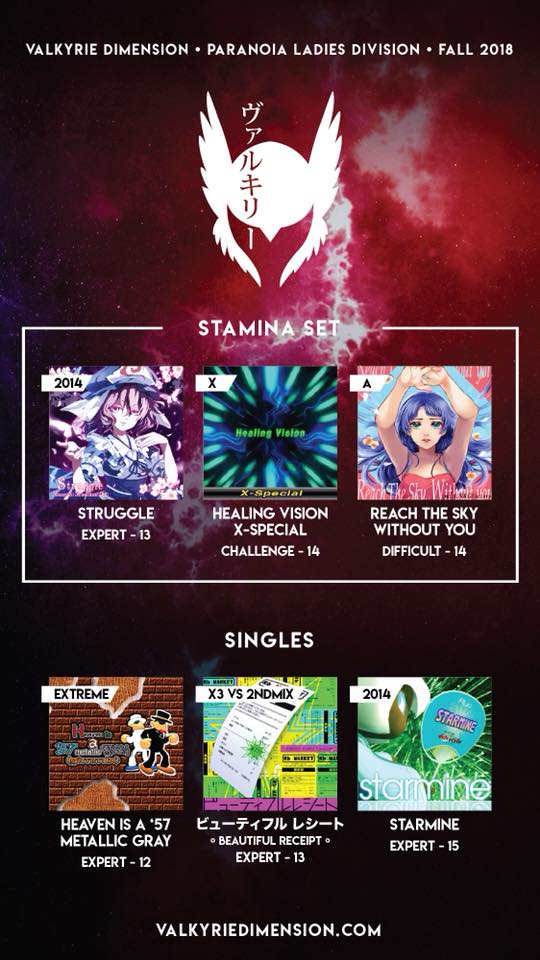 Difficulty Range 15+ 難易度：１５＋
The Ladymions are capable of passing 17’s. The stamina set is a mixture of songs that will test your limits. The single 18 in this set will be a challenge, but it certainly achievable for a Ladymion. 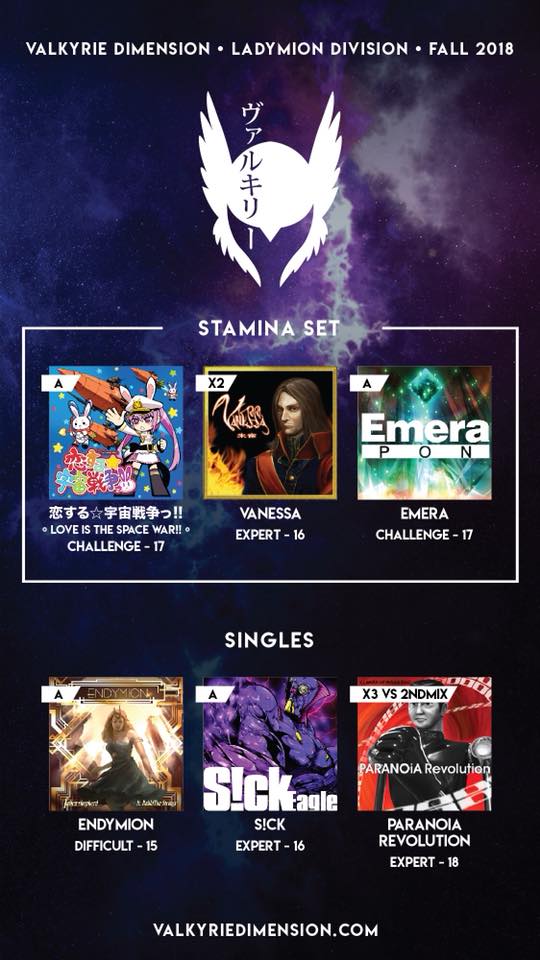 Submit your scores via the Valkyrie Dimension dedicated site from now until October 20th!