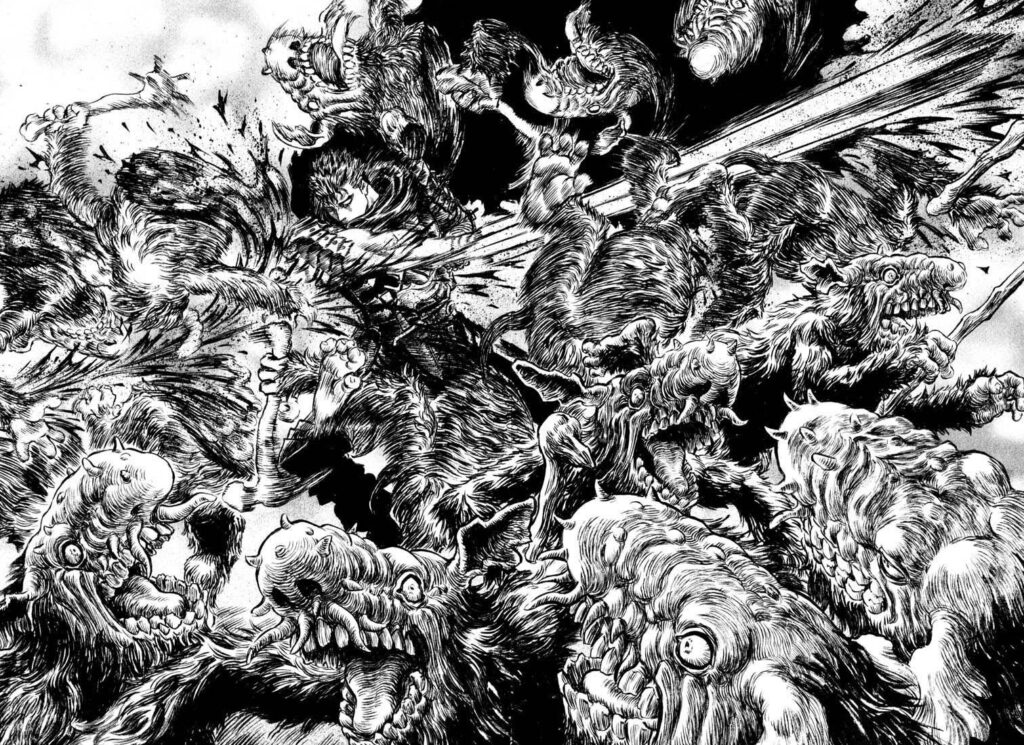 Manga author Kentaro Miura is the type of creator who became a household name for creating exactly one work. Of course when that work is a legacy that fans have consistently adored for three decades, it’s understandable. At this point several generations of anime fans have endeared themselves to Berserk, from those who were importing Japanese VHS tapes of 90s anime to modern fans who keep up with every chapter.

He is an artist with one hell of a cult following, and fans would follow Kentaro Miura to hell and back if it meant they would get more Berserk one day. He’s notorious for taking long, long breaks leaving fans desperate for more, but each time he drops a chapter they all come crawling back.

Update: Kentaro Miura has passed away at the age of fifty-four on 20 May 2021

Every manga artist strives to bring something unique to the table visually, but it would not be a stretch to say that none does it so well as Kentaro Miura. 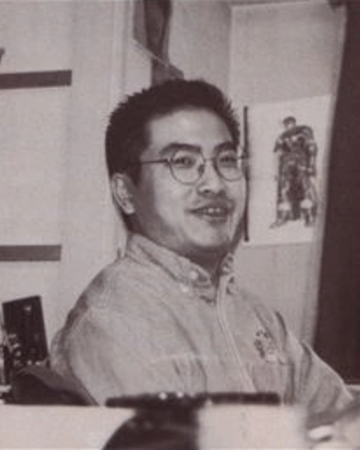 He states in an interview that the classic Fist Of The North Star was his primary influence, though he also took from the likes of Devilman’s Go Nagai and the shoujo classic The Rose Of Versailles (compare Griffith and Oscar if you don’t believe us!). Miura learned from some of the best mangaka, who elevated the game to an entirely new level.

Truly you couldn’t mistake Kentaro Miura’s art for anyone else’s, both in terms of what he draws and how he draws. His knack for visual design, from the viscerally creepy apostles to the hideous slug monster with a penchant for torture and the school of flesh-eating wasp children, is second to none.

A master at laying heavy ink on the page to ramp up the intensity and the texture, Miura creates dense medieval worlds in each and every panel of his that you can lose yourself in for days.

His characters are visually distinct, despite not relying on flashy outfits or wildly unique hairstyles like some manga authors have to. Griffith genuinely looks like he’s descended from heaven and you can tangibly feel the weight Guts carries with him wherever he goes. There are more medieval fantasy manga out there, but the art alone puts Berserk over the top.

Berserk Is a Manga of Exquisite Craft but Still Unfinished

Exquisite art, a truly compelling narrative, and a world unlike any other… Berserk has more than enough going for it to be a contender as an all-time great. However, the series biggest problem isn’t one annoying character, a boring plot point here or there, or some uninspired character designs. If one thing holds Berserk back from being even more of juggernaut than it already is, it’s the fact that famously it’s only been updating once or twice a year for over a decade.

Berserk is lucky enough to have a huge and particularly devout cult following who are willing to wait years and years in between new volumes. Granted, they’ve been beaten into submission by the series’ famous hiatuses often enough now that it’s second nature for long time Berserk readers. Fans joke that Kentaro Miura will die before he ever finishes his life’s work, but as the years go by, some worry this really will be the case.

Just What Is Kentaro Miura’s Net Worth?

It’s always hard to point out exactly just how much anyone is theoretically worth, but it’s doubly true for manga artists. Some of the biggest creators earn less than you think; they have to divide their revenue between animation production companies, publishers, and all the companies making merch.

Despite Berserk being one of the most seminal manga series ever created, with a devout readership three separate anime adaptations to its name, Kentaro Miura is currently estimated to be worth around 700,000 dollars. This relatively low number compared to other creators in his position might result from him only releasing one to two chapters of the comic a year, thus having no new manga to sell.

For over a decade now, fans continue the myth that Kentaro Miura puts out scraps of his lifework each year because he’s too busy playing the granddaddy of idol-raising simulators: [email protected]

While the tale has largely been exaggerated, the story does contain a modicum of truth. Miura’s been known to release comments in Young Animal (where his work is serialized) and he has gone on record saying that he wanted to take some time off to play the game. This was well over ten years ago though and he hasn’t said anything about the series since.

From Filthy Frank and Beyond: Kentaro Miura’s Place in Internet Culture

The fact that anyone on earth has ever thought ‘Mid 2010s internet comedian turned sem-mainstream rapper Filthy Frank and Berserk creator Kentaro Miura look the same’ shows that fans of the former are fans of the later.

The reverse probably isn’t always true but like Neon Genesis Evangelion and Hideaki Anno, Miura has cultivated such a devout following through Berserk that his legend has transcended regular popularity and has found itself in the annals of the worldwide internet subculture.

Pains us to say it so bluntly, but there’s a reason people have been making Berserk into memes for years and years, even if chapters rarely come out.