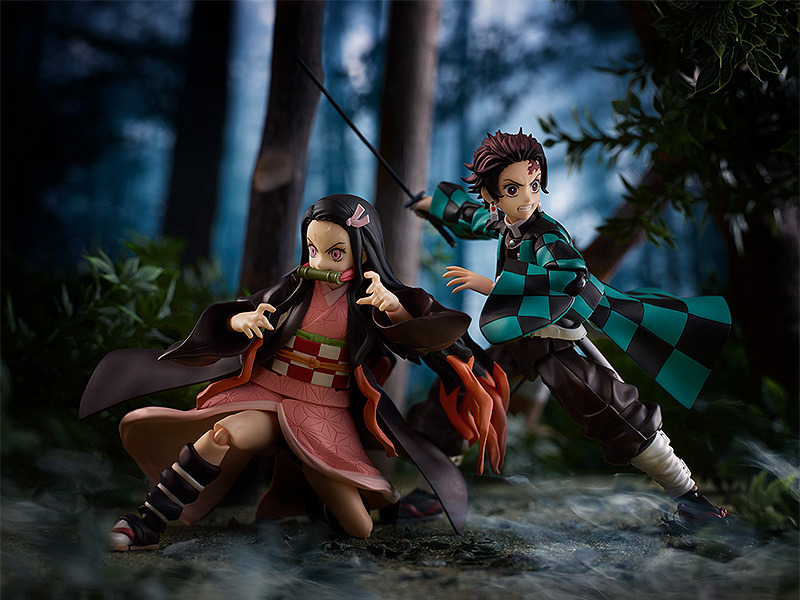 Ever wanted an action figure that you can pose and move around flexibly? Then you may be in the market for a figma figure from Max Factory. These action figure line features faithful renditions of your favorite characters with the ability to display them in various positions.

Like the adorably chibi deformed Nendoroids, figma have many interchangeable parts that you can use to customize your figure and recreate iconic scenes. They’re also distributed by Good Smile Company who market them with exclusive items and add-ons. While one can debate if a Figma or Nendoroid figure is better, I’d like to believe that you can collect both.

You might be wondering what is the main appeal or how these amazing toys first came to be. Here’s a detailed breakdown of their history and why you should consider adding these poseable action figures to your figure collection.

What Is a Figma?

Figma are PVC action figures made with a focus on ‘beauty’ and ‘articulation.’ They’re often based on famous characters from anime, manga, video games, as well as real life people sometimes. The action figure line is manufactured by Max Factory and created by CEO Makoto ‘MAX’ Watanabe and Masaki Asai in response to the growing market of garage kits and Revoltech figures.

While figma figures and Nendoroids have their similarities, the latter is designed to look more miniaturized and cute, whereas figma toys aim for authenticity and flexibility. They also look thinner and more realistic, with a focus on its jointed parts to help move the figure around. This allows you to pose and dynamically recreate your favorite scenes.

The History of Figma

The manufacturer of the figma toy line, Max Factory, was founded in 1987 to create accessible figures and alloy toys for both fans and collectors. They released several garage kits before developing into a company with a vast selection of high quality figures.

In 2008, the company produced and released the first figma figure, which was actually a special edition figure of Haruhi Suzumiya, given as a bonus with each copy of the PS2 game Suzumiya Haruhi no Tomadol. Afterwards, the first standard figma of Yuki Nagato was released in February 2008 to kick off a line of articulated action toys at a reasonable price.

Since its humble beginnings, the figma line of action figures has quickly become Max Factory’s most well-known product series within the Good Smile Company family. Events and new announcements are frequently covered by both news and hobbyist media.

How Many Figma Figures Are There?

Most figma figures and variants can be purchased at your favorite toy or hobby stores. In addition to the figures themselves, there are various accessories and figma-related products you can add to your figures to maximize your creativity.

Each can be a separate category, so here’s a breakdown of them:

A series of display units and expansion bases to display figma figures. These products measure 10 cm by 10 cm with multiple joints and pegs to recreate different backgrounds. This line has been discontinued and has been inactive since 2009.

Ever wanted to put your favorite action figure on a motorcycle? The ex:ride series line focuses on small vehicles that can be paired with your favorite figma figures. Most of these products are motorbikes and bicycles.

The figma vehicles line consisted of accompanying model tanks and accessories from the anime franchise Girls Und Panzer. There are only two vehicles of importance that were released: Panzer IV Ausf D.Spec and Panzer IV Ausf D.Finals.

figFIX figures measure in the same 1/12 height as regular figma and are sculpted the same for brand consistency. The main difference is that these figures are fixed in a specific pose and can’t be moved around easily. FigFIX figures are also lower-priced with no articulation in scale, and some of their parts are compatible with other figma.

These are essentially extra items to change and customize the fashion of figma figures. It includes everything from fabric clothing to interchangeable head parts and base stands. Figma styles products are really handy for drawing and posing purposes, as well as keeping your figure collection looking fresh.

Miscellaneous products released within the figma line that don’t fit into any one category such as diorama sets, extra parts, or mini game console replicas.

Why Should I Buy a Figma Figure?

Should you buy a figma figure? If you like dynamic, flexible toys that can be easily customized and displayed, and are at a reasonable price, absolutely! Figmas are designed and built to add some flair to your already growing figure collection. They’re just as easy to collect as Nendoroids and are perfect for people who want a more fleshed out version of their favorite characters. Get out there and add a figma figure to your shelf!

Figma action figures are available to pre-order and purchase from Good Smile Company and any of their licensed partner stores.