Everything You Need To Know About Naoko Takeuchi 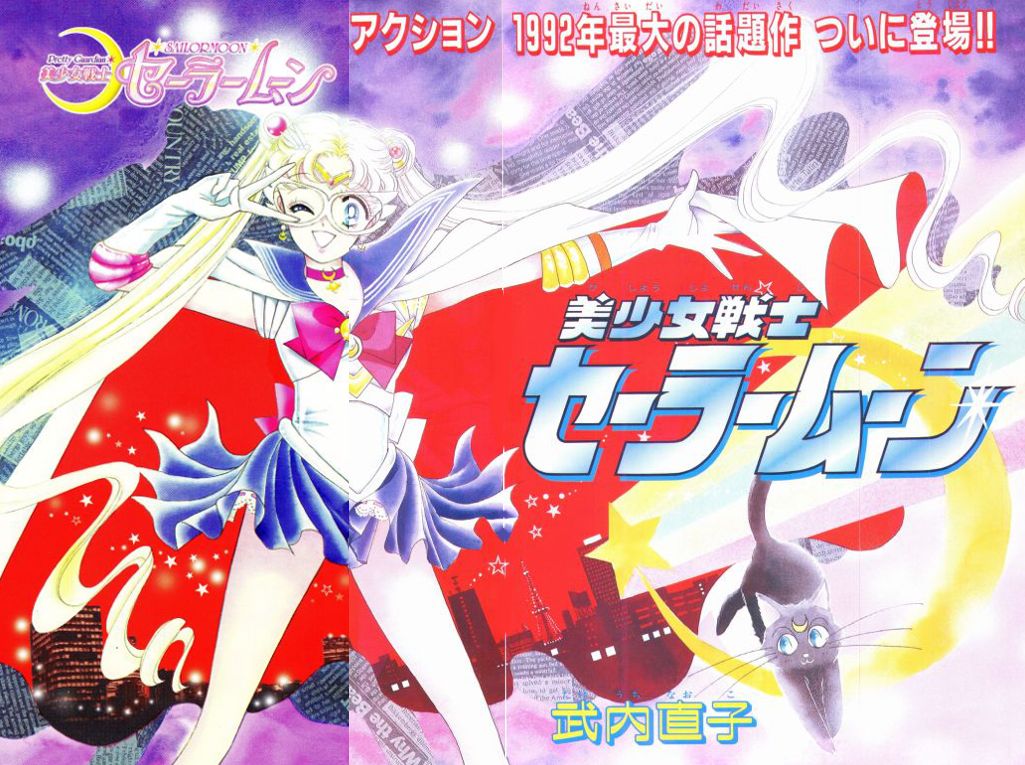 If you’ve been an attendee of any anime convention, inside of any mall, or alive in the 90s, you’ve probably heard of Sailor Moon. Sailor Moon has dominated the world since its original manga release in 1991.

The story of Usagi Tsukino’s journey has enchanted audiences everywhere through dozens of forms of media alike, and we owe it all to its creator, Naoko Takeuchi. Her iconic saga has been represented in the form of manga, anime, art, a live-action, several video games and even a series of full-stage musicals.

She’s also created the prequel to Sailor Moon, Codename: Sailor V. She also has the titles Prism Time, Chocolate Christmas, Maria, The Cherry Project, Miss Rain, PQ Angels, Love Witch, and many others under her belt.

Naoko Takeuchi is a decorated manga veteran too, winning awards such as:

Here are a couple of things you need to know about our magical girl trailblazer:

Despite Naoko Takeuchi’s dream of growing up to become a mangaka, she was a whiz at science all her life. She had a passion for astronomy during her teenage years, which definitely came in handy for her most famous series.

She went on to study Chemistry at Kyoritsu University of Pharmacy and obtained a degree. Naoko obtained a license and became a Pharmacist. She achieved so much before moving on to manga and art!

Naoko Takeuchi Used To Be A Miko Shrine Maiden

Naoko Takeuchi was born on March 15th in 1967. She did a lot of really cool things during her youth. She actually worked part-time at the Shiba Daijingu Shinto shrine as a Miko; these experiences were later vital for the art and character design for some of her most famous characters (including Sailor Mars.)

What you may not have heard is that Naoko Takeuchi and Yoshihiro Togashi have been married since November 1999. Not only can the two mangakas share the fame of being responsible for some of the greatest and most famous manga and art of the 20th century, they currently live together in Tokyo with their two children. (A son and a daughter.)

Which Athlete Inspired Work by Naoko Takeuchi? It Was Midori Ito!

One of Takeuchi’s earlier works, “The Cherry Project” was inspired by Midori Ito’s career. The Cherry Project is about a young aspiring figure skater by the name of Asuka Chieri. Takeuchi modeled the costumes, routines, and character after the skating sensation, Midori Ito.

Ito rose to fame in Japan, and later, the world after becoming the first woman to complete a triple axel in competition and win the hearts of audiences with her record-breaking routines. She’s created countless works of art with characters from several of her series in beautiful figure skating settings.

You can’t help but notice all of the breathtaking outfits, dresses, and costumes in the Sailor Moon series. However, many people don’t know that some of the most well-known pieces of clothing had direct parallels with high-fashion, haute couture runway wear from the early 90s.

Princess Serenity’s famous gown, for instance, was heavily influenced by one of the pieces from Christian Dior’s 1992 collection.

Another great example is the character Catzi, from the Sailor Moon R arc. The villain’s costume is directly inspired by an ensemble from the 1992 Thierry Mugler Fashion Week runway,

Naoko Takeuchi Has A Passion For Ferraris

Her favorite car is a Ferrari 512M. Superfans of the show will notice that it’s the very same car that Sailor Uranus can be seen driving in the manga. Naoko actually owns a Ferrari and enjoys driving as a hobby.

Common advice for young writers is to “write what you know” and Takeuchi did just that. Usagi Tsukino’s immediate civilian family members all share first names with Naoko Takeuchi’s parents and siblings growing up. Her mother and father are named “Ikuko” and “Kenji”. Takeuchi has a younger brother named “Shingo” too!

Many aspects of Usagi’s childhood and Naoko Takeuchi’s childhood are similar. The neighborhood Usagi has a house in was based on the area that Naoko Takeuchi grew up in. Naoko Takeuchi says she shares a lot of similarities with her as well, and has stated that she resonates the most with Usagi out of all the Sailor Moon characters. (She’s also claimed that she’s the least like Sailor Neptune personality-wise.)

Sailor Moon is known internationally as a timeless “Girl Power” classic as it is, but did you know that Naoko Takeuchi had to insist that her creative vision goes unchanged?

In a September 2013 interview with ROLa, Naoko Takeuchi talks about how she had to stand her ground with men trying to change her character’s designs.

“From the onset, I said “I want to make a comic series about a squadron of five beautiful fighting girls”, and they said, “Hold up. In a fighting squadron, there’s always like one comically obese character, and another nerdy one that wears glasses. How are you going to make all five of them beautiful?” and the complaints went on and on. Oh, those old men… I think they didn’t understand girls comics at all.”

Naoko Takeuchi Was A Fan Of Manga Growing Up

It comes naturally that Naoko Takeuchi was an avid fan of manga growing up. In an interview with ROLa she talks about her childhood reading manga with her cousins.

“When I was in kindergarten, I had three cousins, all sisters, who lived next door who used to always show me their manga. I loved “Aim for the Ace!“, “Rose of Versailles“, “Haikara-san ga Tooru“, “Suna no Shiro“, and others – my cousins set the standard for what manga I got to read, but one that I really loved as a child was “Candy Candy” – I was entranced by it.”

After she created Code Name: Sailor V, which was later turned into Pretty Guardian Sailor Moon in order to make an anime, it became an international multi-billion dollar franchise.

Naoko Takeuchi’s net worth, after the “Sailor Moon” series, created over $13 billion dollars in merchandise revenue is a speculated $52 million.

In addition to her manga empire, she also can claim ownership of a studio called “Princess Naoko Planning” as well.