Everything You Never Got Around To Learning About Blue Exorcist 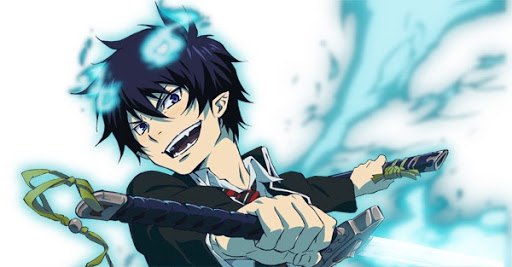 Blue Exorcist (also known as Ao no Exorcist) has been around, first in manga form and then as an anime, for over a decade. With such a long series, if you didn’t get into it at the beginning, it’s hard to know where to start!

Who Are Rin, Yukio, Shura, And The Other Characters In Blue Exorcist?

Blue Exorcist takes place in a world extremely similar to ours called Assiah. However, it has a parallel world in which demons live, called Gehenna. The only way to travel between worlds is by possessing someone in it, like in a ghost story, or through a ritual involving demon blood and chanting to open a “Gehenna Gate.”

Satan is the ruler of Gehenna, and he desperately wants to conquer Assiah. However, he can’t find a host in Assiah who he can reliably possess. So instead, he sends his son to Assiah to grow up into a suitable vessel for him – that son is the main character, the boy who would become the teenage exorcist Rin Okumura.

Rin has an ordinary childhood, growing up into a regular teenager, until one day he is ambushed by demons. He finds out that his father wants him to return to Gehenna so they can take over Assiah together.

But Rin doesn’t want to join his father as a demon. Instead, he decides to become an exorcist so he can one day defeat his father and protect Assiah from evil. To that end, he enrolls at True Cross Academy, and with his twin brother Yukio and his mentor Shura as his teachers, trains to one day vanquish Satan.

How Close Is Blue Exorcist To The Original Manga?

It depends on what part of it you’re looking at!

Similar to previous series like Fullmetal Alchemist, the Blue Exorcist anime came out while the manga, written and illustrated by Kazue Kato, was still ongoing. In fact, the original anime TV series aired from April until October 2011, while, as of May 2020, the manga is still ongoing.

What that means for the Blue Exorcist anime is that the characters and the setting are still pretty much the same. Most of the story arcs in the anime are also adapted from the manga source material. However, the TV show has an anime-exclusive ending arc that diverges from the manga, starting in episode sixteen. 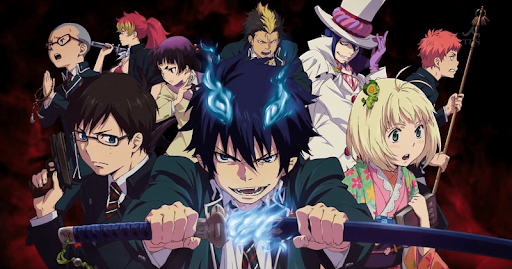 After watching the first season of the Blue Exorcist anime and you want more right away, there’s also Blue Exorcist: The Movie! It was released at the very end of 2012 after A-1 Pictures, the studio that produced the TV show, realized the extraordinary popularity of the series.

Fans theorize that it takes place between episodes 19 and 20 of the first season of the Blue Exorcist TV show, although the online synopsis never makes it clear.

While it has a completely original story, the movie is notable for animating characters from the manga who hadn’t been in the first season of the anime TV show and adding in three exclusive new characters.

A reasonable question at this point would be “what is Blue Exorcist: Kyoto Saga?” After all, it seemed like the TV show wrapped things up pretty neatly, and the manga is still ongoing.

Blue Exorcist: Kyoto Saga isn’t a reboot. Instead, the beginning of the show retcons the last nine episodes of the original anime. It then adheres more to the manga, adapting volumes five through nine, the Impure King arc, pretty closely.

Where to Watch Blue Exorcist

Since it’s such a popular series, there are actually a ton of places to watch Rin, Yukio, Shura, and all of the other characters in Blue Exorcist over here in the United States!

The first anime season can be found on Netflix, Hulu, Crunchyroll, and FUNimation.

Blue Exorcist: The Movie currently isn’t available for streaming in the United States. Fingers crossed it gets picked up by a streaming service soon!

And Blue Exorcist: Kyoto Saga is available on Hulu and Crunchyroll.

If you’re looking to get into a series good enough to stick around for a significant amount of time, you can’t do better than Blue Exorcist. Fun, exciting, and just plain enjoyable, it’s worth watching at any time!