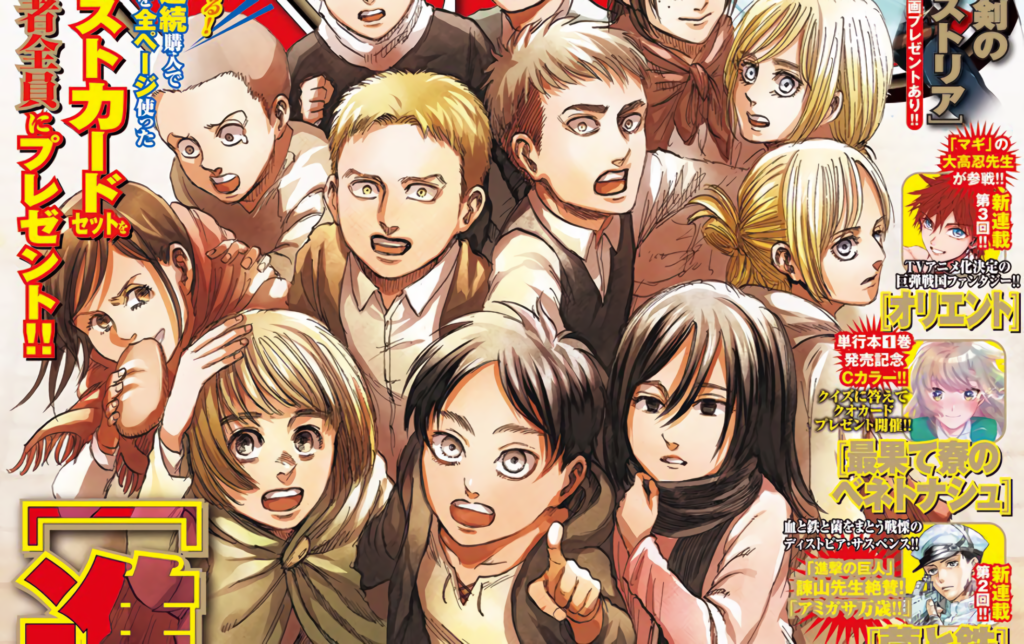 Examining Attack on Titan’s Ending: A Problem of Perspective

It’d be the understatement of the century to say that the ending to the Attack on Titan manga was highly anticipated. After many years of teasing from Hajime Isayama (including a preview of the final panel), excitement was at fever pitch: this may or may not have created certain expectations that could have never been answered.

Contains spoilers for the entirety of Attack on Titan, including chapter 139. Also Code Geass.

On the whole, the Attack on Titan ending is fine. It isn’t terrible, but probably was the most predictable outcome: Eren did get redeemed, at the very end, with Isayama showing us that his intentions were noble, even if he wasn’t going about them in the most moral way. It’s the classic Lelouch treatment from Code Geass, becoming a villain for the heroes’ sake, the only difference being that Lelouch didn’t murder 80% of the world’s population.

Expecting the Alliance to fail and see Eren go full evil wouldn’t have been in keeping with the series’ status as a shonen manga, so it’s not like I was expecting that. Even so, this final chapter suffers from a problem of perspective: just one small change would have made the Attack on Titan ending a whole lot more interesting.

Essentially, the final chapter’s first scene between Armin and Eren in the Paths didn’t need to happen. Not only does it flash back to an earlier part of the story, it also fails to explain why Armin and Mikasa didn’t remember until the battle was over: Eren just says, ‘You’ll probably remember again once it’s all over.’ Maybe this was because Eren’s power as the Founding Titan to erase memories disappeared along with all of the other Titans? It feels a bit clumsy, probably because of how much Isayama struggled to put together the series’ final arc and Attack on Titan’s eventual ending.

It would’ve been a lot more interesting if it was left up to the reader’s interpretation whether Eren truly was a villain, whether he truly believed in the Rumbling: removing the first scene achieves that. Furthermore, the seeds were already planted when Armin questioned why Eren didn’t simply up and control all the Warriors on the way to kill him: that would have been possible with the Founding Titan’s power. Instead, the Attack on Titan ending preferred to go the obvious route, making Eren’s true intentions very clear, even if he did want to ‘leave every surface a blank plain.’

Still, it’s not all bad. First of all, it’s good to see Eren finally admit his feelings for Mikasa: that’s something years in the making. Speaking of Mikasa, tying her character development into that of Ymir and why the Power of the Titans disappeared was a smart move: they work well together, and give her tough choice a sufficient air of narrative importance. Finally, it’s refreshing to see that even though Eren’s motivations are crystal clear, the world isn’t exactly back to normal after his death: the Jaegerists are still in power back on Paradis, meaning that it’s up to the remaining Survey Corps members and Marleyian soldiers to tell their story and convince them to stand down.

It’d also be inaccurate to say that Eren was entirely redeemed as a result of the Attack on Titan ending. He admits himself that he probably ‘still would have flattened this world’ without knowing that Armin and co. would stop him thanks to the Attack Titan’s power: this suggests that he does harbor some evil in his heart, and that he truly believed the Rumbling to be the only way. For someone like Eren Jaeger, there are no shades of gray: it is only ‘kill all of the Titans’ or ‘kill all of humanity’; there is no in-between. 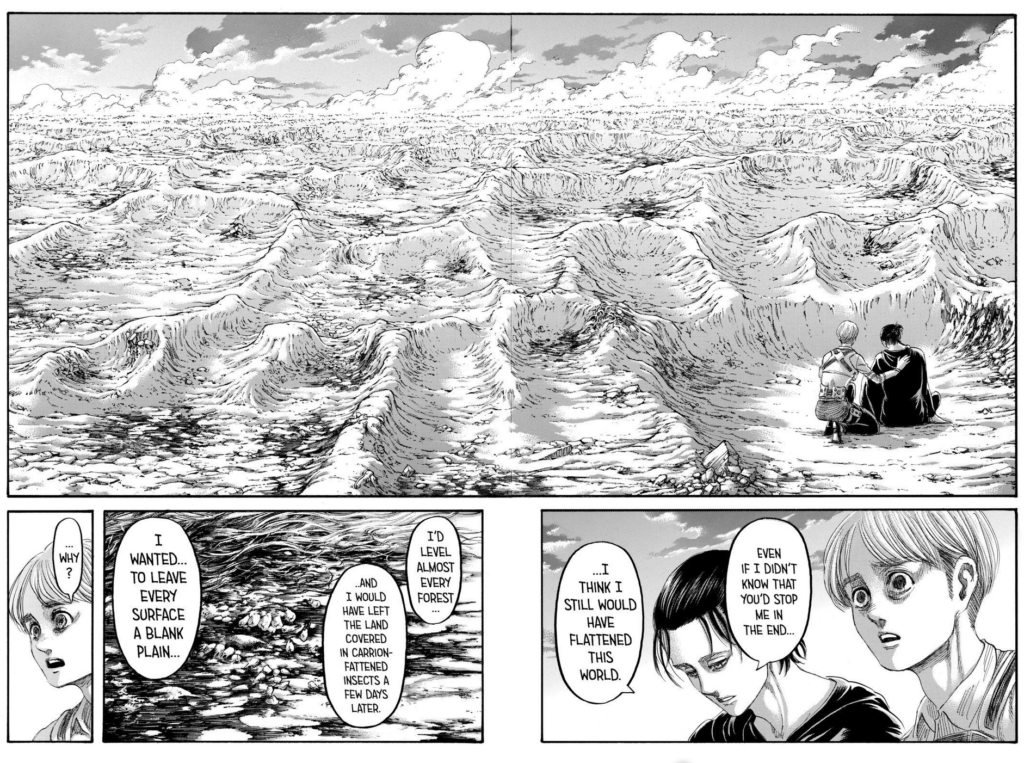 The Attack on Titan ending underscores perfectly the moral quandary of Eren Jaeger, someone burdened by trauma and enraged by ideology. For all the series’ clumsy allegory and somewhat worrying appropriation of Japanese war memory (this Polygon article isn’t good, feeling awfully surface-level, but does show how the imagery rubs some people the wrong way), it does provide us with a clear warning of what war can do to people, transforming them into monsters and feeding their hatred with a sense of righteous purpose. In this sense, it’s very similar to Mobile Suit Gundam, as Cimi once remarked.

The small issues with Attack on Titan’s ending don’t overshadow the series’ incredible legacy, nor the testament it provides to the strength of serialized storytelling. The fact remains that Hajime Isayama’s series almost single-handedly lifted Bessatsu Shonen Magazine out of relative obscurity and made it into a household name, generating a colossal amount of sales for Kodansha along the way. This story is one that could have only been done in manga: it grew up alongside readers, changing its course and characters accordingly. Isayama’s voice also rings loud and clear throughout its entire run.

Twelve years. That’s how long Attack on Titan has been in serialization: I haven’t been around since the beginning, but I have been reading the series for close to one-third of my life. That gives this ending an extra air of importance, so I don’t think it’s insignificant for me to say that I’m mostly satisfied with it. I’m just a guy on the internet, but I’m glad that I lived to see the end.

As the caption on the cover of the latest issue of Bessatsu Shonen Magazine reads: ‘Both you and I are part of this story.’

You can read Attack on Titan via Kodansha USA and Crunchyroll Manga.