They just don’t make anime like Excel Saga anymore. Maybe in small doses, we still occasionally see shows with some of that eclectic anything goes type humor that dominated the early 2000s, like the Adult Swim-esque trigger offerings Inferno Cop and Ninja Slayer or something like Teekyu which is a tennis anime on Methamphetamines.

All these examples though are outliers in the current anime landscape, not to mention feature shorter than average episode running lengths. Excel Saga kept up its balls to the wall 0 to 100 cavalcade of wackiness for 26 full half-hour-long episodes.

Arguably the defining work of Shinichi Watanabe, affectionately referred to as Nabeshin who makes a gratuitous number of appearances in the show itself, Excel Saga overwhelmingly beats you over the head with the ‘lol so random’ energy so popular in our formative years. The show was based on a manga by Rikdo Koshi, who’s also written into the show, but Nabeshin took some liberties when adapting the comic.

Each episode follows a particular theme or parody which kept the show’s humor fresh, from a B action movie episode to a magical girl episode to one that got meta about making anime. When obvious topics like anime high school and general sci-fi concepts were played out, the show figured out ways to keep going.

In fact, the anime genuinely pulls off a ‘No Jokes’ episode making the lack of jokes the joke.

Despite the never-ending bits and intentional stylistic changes from episode to episode, the show does have something resembling a plot. Two broke girls, Excel and Hyatt, faithfully follow Lord Il Palazzo as they scheme to take over the world. Exuding clown energy at all times, they never really succeed of course but that’s all part of the fun.

With a government special ops team comprised of a complete idiot who’s always after tail, a failure who’s in love with one of the enemy team, and an old school dating sim otaku being Excel’s main antagonists, it says a lot that her team can’t earn a single victory.

All of these characters, other outliers like the hardworking immigrant Pedro who has an affair with ‘something like the sentient will of the universe(a galaxy with legs), are the conduits for Excel Saga’s perpetual ‘Lol xD’ assault. Let’s touch on the main cast. 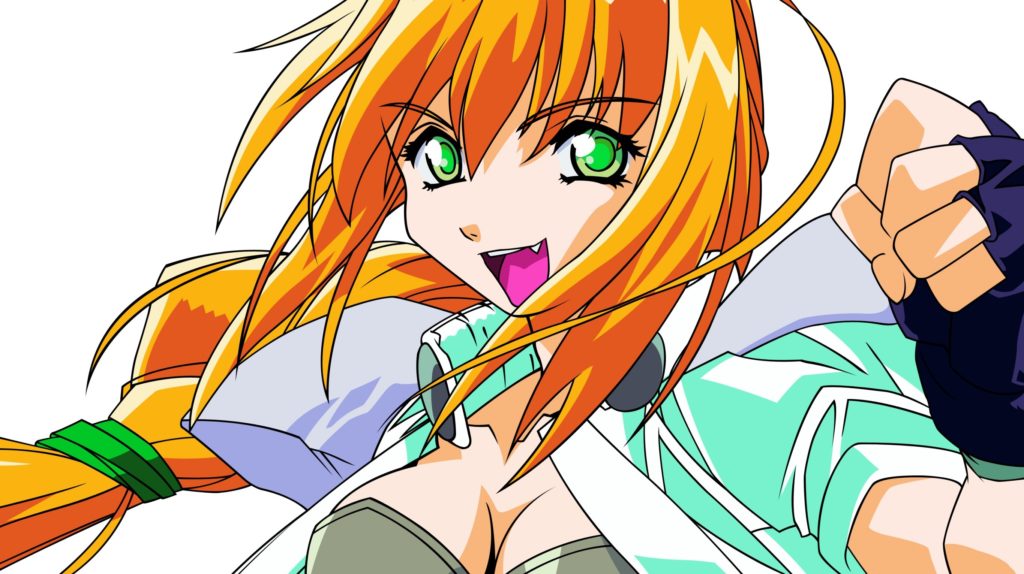 Of course, we’re starting off with Excel Saga’s titular Excel. She’s hopelessly in love with Lord Il Palazzo and makes a fool of herself again and again for his sake. Profoundly dumb and perpetually broke, Excel has it hard throughout the course of the series as she continually and miraculously thwarts of the department of city security who get in the way of her and he Lord.

No matter how many increasingly out-there situations she ends up in, entering warzones and dealing with little alien cream puff guys, she falls back to square one by the end of each episode. Her defining characteristic would probably be her ability to ramble at 200 words per minute, going off on wild tangents about half of every episode. Again Excel remains permanently broken, so to help save on rent she has Hyatt move in with her. 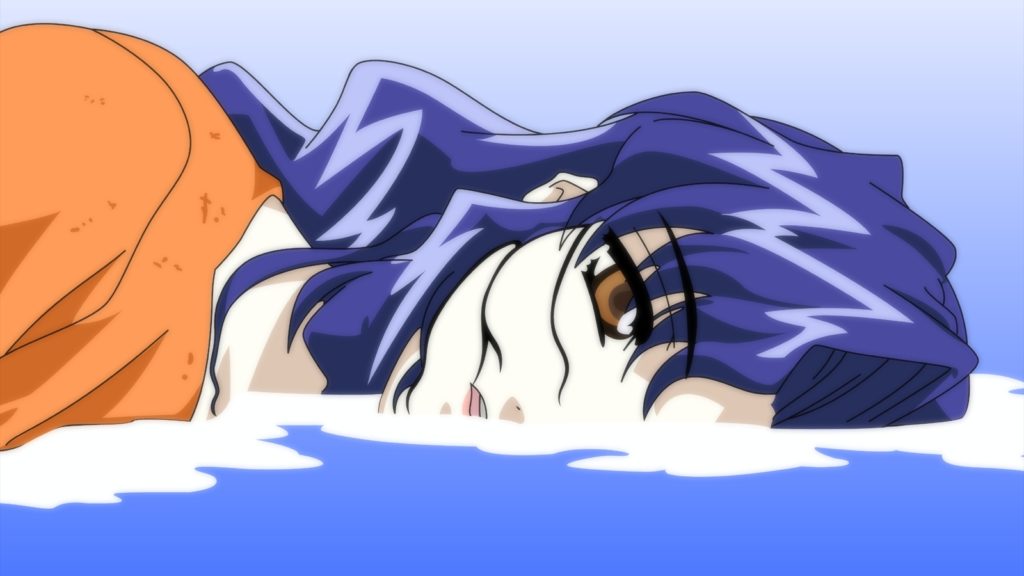 Hyatt’s perpetually on the verge of death. About once or twice in each half-hour portion of Excel Saga, she coughs up nearly a gallon of blood and faints on the spot. After Excel finds her in this state early on this show, Hyatt joins up with Il Palazzo and starts living with her idiot coworker. Bit of a fast move in, but that’s how things work in anime sometimes.

She’s not as stupid as her annoying roommate but doesn’t have any more success. She’s shy and sweet, generally oblivious to how much of a hit she is with guys. We’re never really sure what Hyatt’s deal is but for whatever reason she dutifully goes along with Excel doing whatever Il Palazzo wishes. 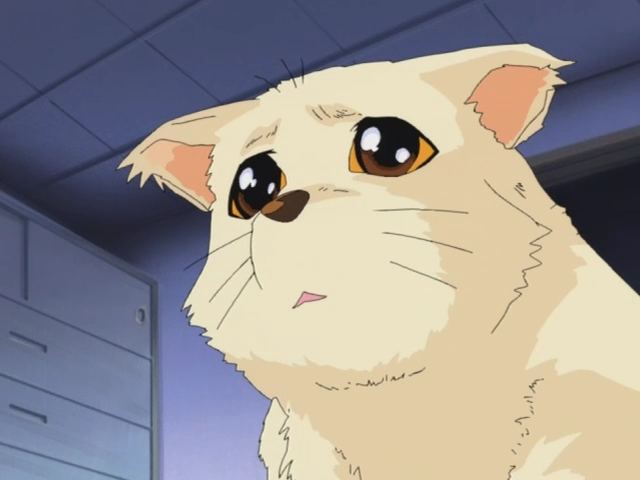 A household. A show mascot. An emergency food supply. Poor little Menchi serves many purposes in Excel Saga. Unfortunately, he’s never really sure how serious Excel is when she starts fantasizing about eating him for dinner.

Menchi tries to escape Excel and Hyatt’s apartment again and again, but like his masters, he seems to have terrible luck. Even when his exploits take him to locations vast and far, he always seems to end up back at home with Excel scheming to eat him. Not all dogs have it easy. 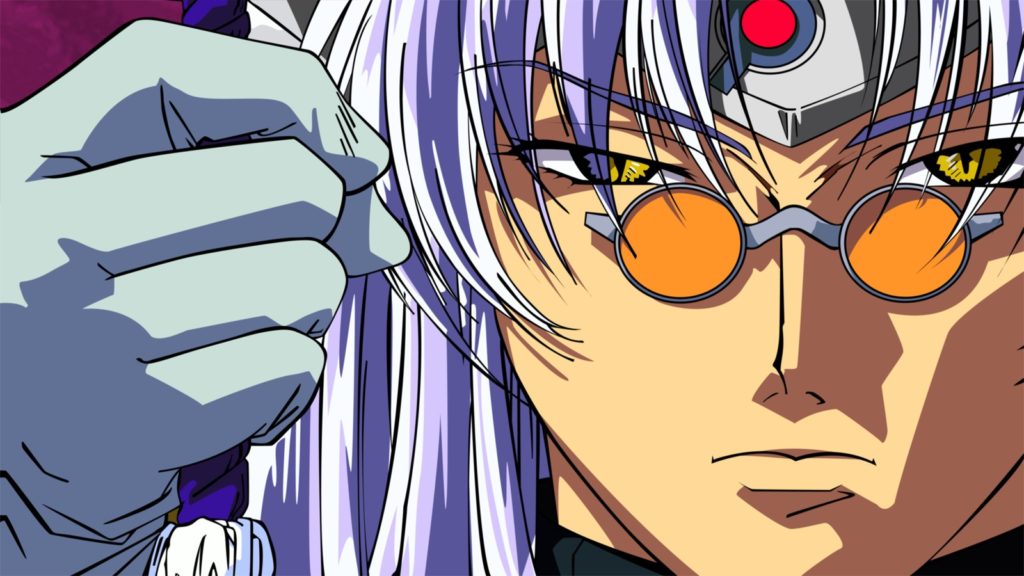 What about Lord Il Palazzo makes him so appealing that he would have at least two girls willing to put their lives on the line time and again to help him take over the word? He’s confident and charismatic and has a pretty face to boot.

However, his secret base is basically in the sewers and he’s all but abusive towards Excel and insists on wearing his ridiculous world leader outfit at all times. We know he has some history with the leader of the opposing government organization but Lord Il Palazzo’s past is never really made clear, at least in the Excel Saga anime. For whatever reason, he sure is always trying to conquer the city.

The Department of City Security

A ragtag group technically paid for by city tax dollars to prevent the city from whatever nefarious organizations may threaten it. Comprised of whiny nerds, eccentric androids, and one silly dude with a very powerful mustache it’s a wonder they succeed at their job but when the enemy’s as incompetent as Excel, maybe it’s not so difficult. 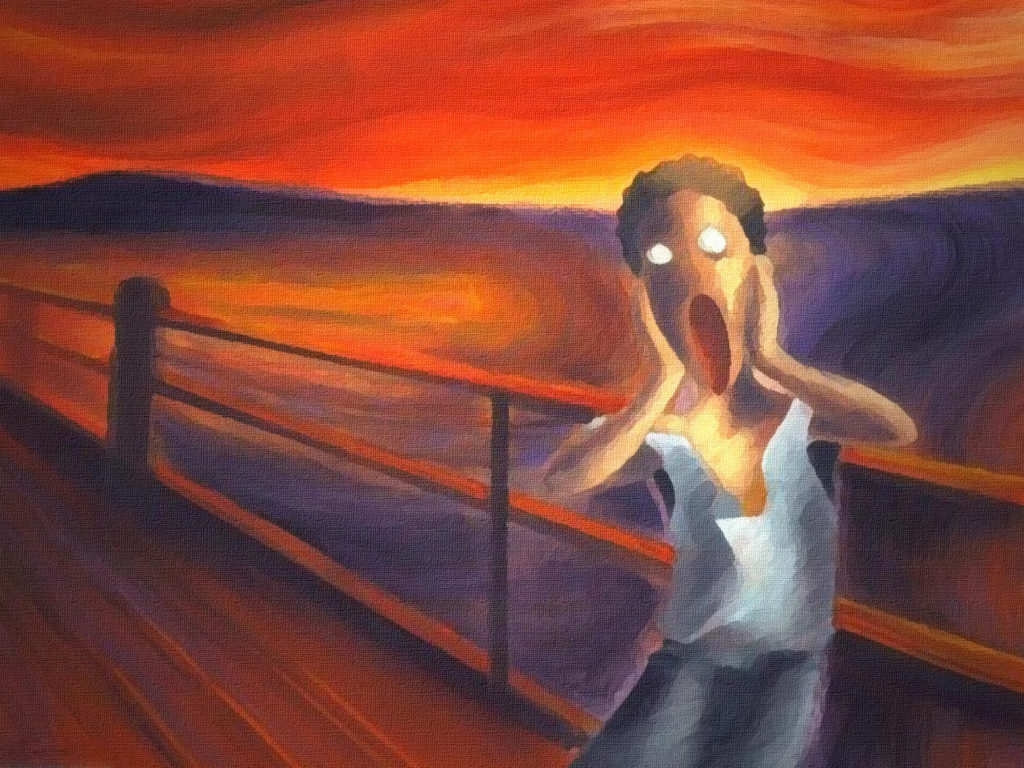 Pedro, dear hardworking Pedro who immigrated to Japan just to earn a living to take care of his family back in Columbia. Though no offense of his own he gets thrown about and ends up in a scary B plot more than once. One thing though, despite loving his wife he accidentally gets tangled up with the most powerful entity in the universe.

The Great Will Of The Macrocosm

That ‘something like the sentient will of the universe’ we mentioned actually has an official title as The Great Will of The Macrocosm. We can’t blame her for descending to our mortal level as the dedicated immigrant worker Pedro is a sweety. He puts his heart into making money to support his family and honestly would omnipresent being wouldn’t fall in love with someone so pure?

What Other Show Features The Original Manga Creator As A Character?

Maybe once in a blue moon, an original manga creator might appear in a show as a cameo or in a post-credits gag. Aside from the character we’re about to delve into, only something like Love Hina comes to mind where original manga author Ken Akamatsu makes a very small handful of appearances. It, nor any other show we can think of, goes as far as Excel Saga. 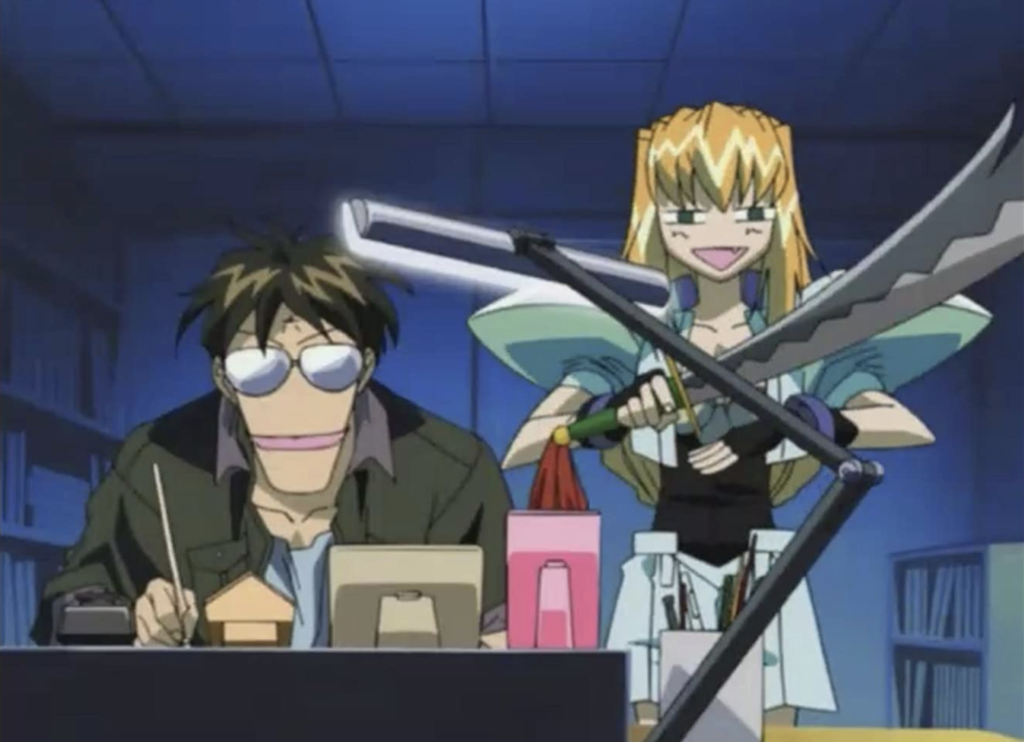 When Koshi Rikdo started out as a doujinshi artist in the early 90s, not in his wildest dreams could he have imagined being turned into an anime character? Yet thanks to the genius of the glorious mad man director Nabeshin, Koshi Rikdo was thrust into almost every episode of Excel Saga not playing a huge role but a very solid recurring character. We’d like to note the original manga was not some meta experiment and did not feature the author.

Some Trivia About The English Excel Saga Dub

The titular Excel often finds herself speaking at around 500 words per minute when she gets worked up. This is no easy feat for a voice actor to make sound naturally whether you’re speaking in English or Japanese. Our seemingly jacked up on life lead character was originally voiced by Jessica Calvello in her American rendition, probably best known now as Hange in Attack On Titan

However! Halfway through the production of Excel Saga the actress was recommended by her doctor to drop the role out of fear of throat damage. She was actually replaced by another talented but less permanent actress Larissa Wolcott who didn’t stay in the industry longer than a few years. Cast replacements happen every now and then, but usually in longer series that run for years and not over the course of a relatively short 26 episode show.

Could ‘My Hero Academia: Heroes Rising’ Really Be the ‘Final Film’ in the Shonen Franchise?

Big Changes in ‘My Hero Academia’ Staff Ahead of Season 4