EXILE NESMITH has been dying to get another interview with Mr. Yoshida ever since their discussion in Monthly EXILE Magazine back in February 2018, and now, he finally has that chance. NESMITH absolutely loves the Eureka Seven series, and in this OTAQUEST exclusive interview, he asks about the character design of the franchise’s cinematic reboot Eureka Seven Hi-Evolution. 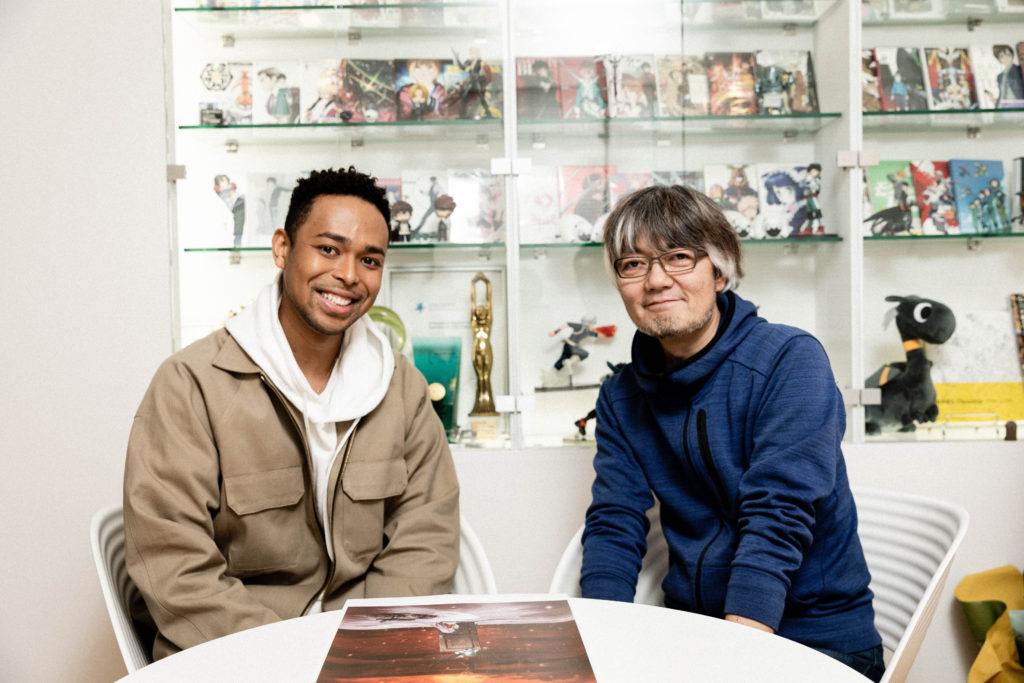 YOSHIDA: To begin with, as a designer, I had to approach this project as something separate from its past iteration. In that sense, it’s an easy watch for people new to the Eureka series, but its biggest difference from Eureka Seven 12 years ago is the softer character design, I think. Designs from back then had an overly solid design that even I thought was a little over the top. It was riding the line between acceptable and absurd-looking.

NESMITH: Hahahaha. But from the view of Eureka fans back then, those hard edges were great.

YOSHIDA: Honestly, that’s just how the design ended up. So, I’m sure some viewers feel that the imagery feels a bit different this time around. Animation, basically the methods used to make characters look like they’re moving, have been passed down in the industry for ages, but as drawn pictures, as the people drawing them change, so too do the pictures. Those edges were a product of the times. As people in the present, we’ve got to use modern methods. That’s the “modern Eureka”, 12 years later.

NESMITH: Similar to how music and dance are adjusted for the times and consistently produce new genres. I feel it’s a process like chipping away at something or polishing it.

YOSHIDA: Sure. Once again, seeing the art from 12 years ago, I think it was a little over the top. But back then, I wanted to add my own modern twist to the feeling of anime art from the 70s and 80s. That’s what I felt would become what Director Kyoda called the “counter to mainstream culture”. Frankly, I still don’t really understand the concepts of mainstream culture and subculture, but back then I thought that those kinds of hard edges might be the key to or “counterculture”. In other words, those edges were what Eureka needed from us. When Director Kyodo drew me up Holland to show me what the characters should look like, the first thing I thought up were those edges. Compared to movies, TV anime has a lot more chest-up scenes, so the effect of characters’ eyes is big. So, I tried to achieve a bigger effect with the way the eyes were drawn. I imagine the effect of make-up greatly shifts the appearance of your eyes, too.

NESMITH: That’s true, it changes them up. I also try to use makeup to match the atmosphere of the music, drawing out the corners as the impression requires.

YOSHIDA: In the same way, the personality or posture of a character changes depending on how you apply lines to them.

NESMITH: Yeah, you can sense Renton’s strong will and inner emotions through his eyes. 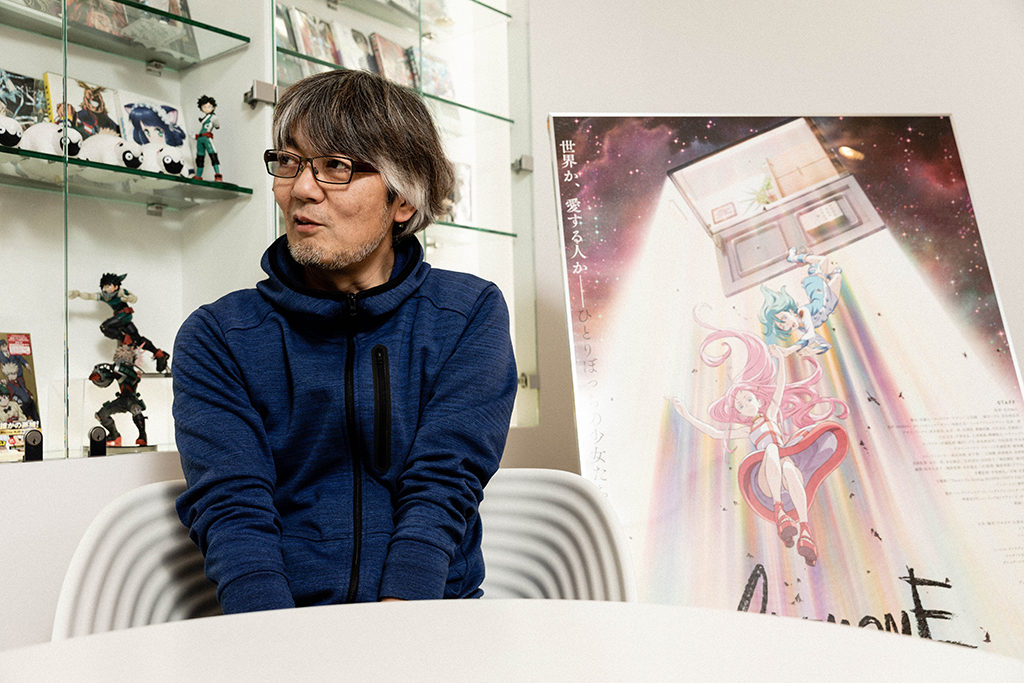 YOSHIDA: They’re square, right? Renton’s dad and his sister actually use the same square shape. I felt that at their core, Holland and Renton were similar, so I added elements that would make the eyes similar to each other hoping that people might pick up on that relationship.

NESMITH: And that’s why they don’t always get along well.

YOSHIDA: Right, right. Holland probably felt irritated to see himself from the past. The designing process is letting myself imagine as I draw, and confirming ideas with the director.

NESMITH: In the recent trilogy, particularly in ANEMONE, there was a lot of new 3D CG. How did you feel about that?

YOSHIDA: I considered 3D elements when designing for Anemone’s childhood story and Eureka, but with the limit on time and budget, I didn’t expect a perfect recreation of my designs in 3D. However, I was pleased by the initial renders, rough as they were. It left me feeling that 3D really is the way of the future. I think a real paradigm shift is happening in the world of animation, not in the culture but in the technology. Incidentally, I entered the world of anime in the 90s, and I feel that this last decade has seen a massive shift from old to new production methods.

NESMITH: There are new things coming out all the time, after all.

YOSHIDA: That’s right. It’s like how our generation was about paper and pencil, but kids these days use computers and tablets.

NESMITH: Not that the physical act of drawing has changed, though.

YOSHIDA: Sure. However, something big has certainly changed. I recently began using an Apple Pencil and iPad Pro, but my thoughts on it bounce between “I can use this!” and “I can’t draw for crap on this.” (laughs) It’s strange, but I still need pencil and paper to draw your average-sized art. But through the digital revolution, the act of drawing and showing it off has definitely become popular. What’s more, as people make the transition from TV broadcasts to streaming digital, more young people the world over grow up seeing Japan’s anime. And that might lead to Japan’s anime losing its throne as mainstream culture in animation. Animation that’s made in China for China or in the Philippines for the Philippines is growing up, and each may take root in the culture of their individual countries. Just like how animators in Japan used to mimic American, Disney productions or use them as reference material. 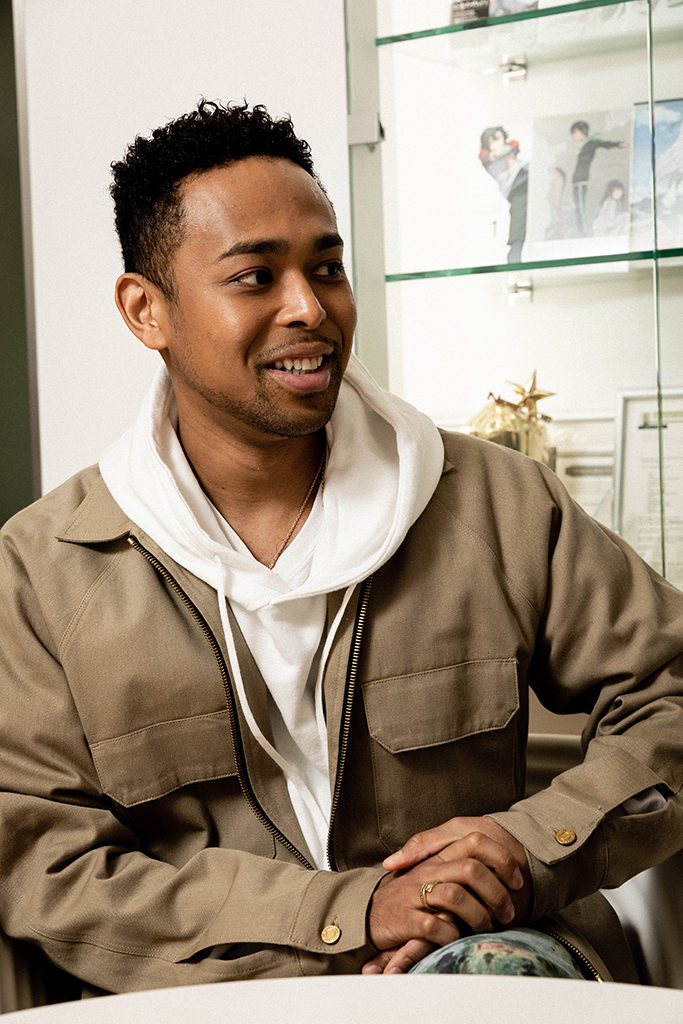 NESMITH: Was the Eureka series produced hoping to get it into mainstream culture?

YOSHIDA: Eureka was born into a generation of new TV anime that were created when people were pretty confident they knew what anime is. By that point, films produced by Hayao Miyazaki at Ghibli had become the standard, and TV anime in the 2000s ran counter to that standard. A sort of, “this kind of anime’s cool, too.” But now we have anime that’s countering that counter. Like I said before, Eureka Seven‘s designs had a sort of solidity to them. When I was working at Ghibli, my mentor told me that “Ghibli works are created for indeterminately large audiences”, but that’s not how Eureka was. We may have had an indeterminately large audience, but much of the series was only meant to strike a chord with a select few. Meaning that Eureka was both mainstream and counterculture and that Director Kyoda was aiming for both audiences. That’s why even as I made my designs easy on the eyes for the largest number of people, I never forgot its trademark solidity.

NESMITH: I see. And that’s how the Eureka series came to have as many different elements as it did.

YOSHIDA: Yes. As with music and dance, there are sorts of “rock music only rock fans will listen to”. Similarly, we’d want anime fans to enjoy Eureka, but we want to keep it approachable for your average non-otaku. 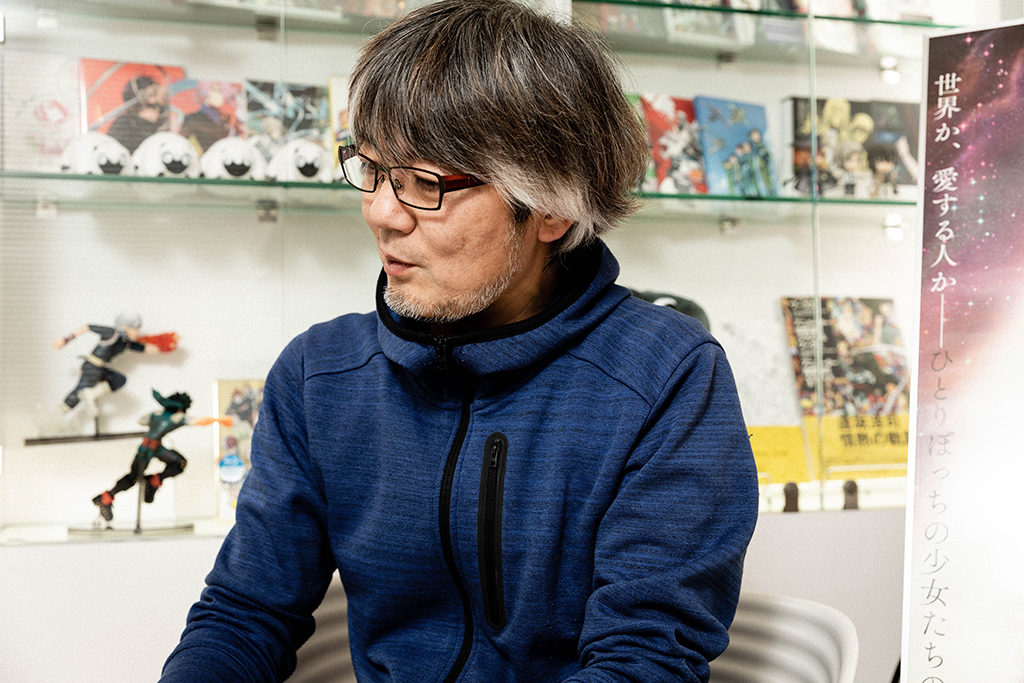 NESMITH: The group that I belong to, EXILE THE SECOND does a lot of genres: rock, pop, new jack swing, R & B, all written to match the flow of the times. We don’t slot ourselves into a specific genre; our style is to follow whatever lets us express the message we want to. It feels similar to what you’re saying.

YOSHIDA: Sounds right to me. To put it another way, mainstream culture and counterculture are changing tunes with each age. I think it was the 90s when singers in Japan started emphasizing choreography, and as new generations of artists passed that down, people started expecting concerts to be entertainment performances as opposed to people just singing. That spawned dance programs for children and has made dance a part of our lives. Having fun moving to the rhythm became the foundation for a mainstream movement. I think it will be a long time before dancing becomes as big in Japan as it is in America, but at the very least, it’s got more potential than the idea of all Japanese people drawing pictures or making anime. Copying dances doesn’t require any unique talent from you, anyway.

NESMITH: Now they have dance-offs at elementary school sports festivals, and dance classes in middle schools. There are more ways than ever to enjoy dancing. Still, there’s a more negative image of dancing than there is outside of Japan, so we’ve still got a lot of work to do if we’re going to confirm it as another part of enjoying music.

YOSHIDA: Just like thoughts on counterculture, there exists both an image of dance as good clean fun for enjoying music, and dance as commotion from hooligans. Even subculture used to be negatively labeled as “silly and unproductive”, but now it’s managed to capture a foothold up near mainstream culture. Kids these days don’t see enjoying manga, anime, or video games as something embarrassing. Although, I think its embarrassing image is one of its charms.

NESMITH: Hahaha. I suppose so.

YOSHIDA: I like being told I’m doing something silly. It’s like “sure it’s silly but isn’t anime great?”

NESMITH: I know how you feel.

YOSHIDA: The world will keep on changing, and anime is also undergoing great change. It’s a crazy age we live in. Amongst all that craziness, I believe that people who make animation on computers are beginning to catch on to how they’ll be the next great driving force behind Japan’s anime. Just like how we used to draw up a storm, the 3D industry is white-hot. I envy that sense of youth they have. (laughs) I feel there’s going to be a fundamental shift in Japan’s anime somewhere in the next 10 or 20 years. 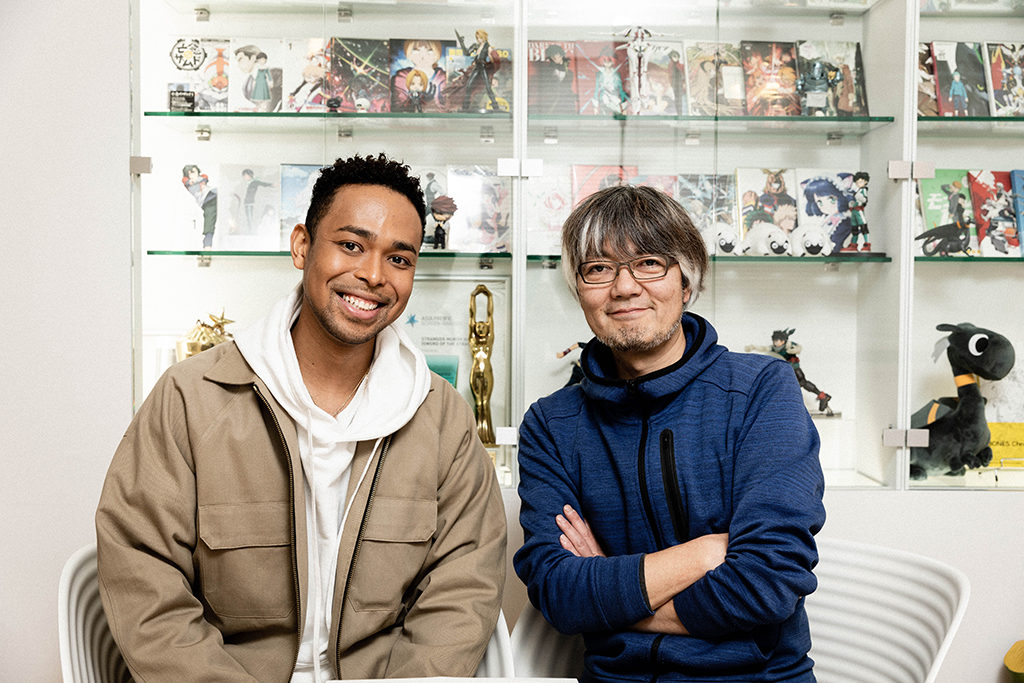 We’d like to thank Studio BONES and Mr. Kenichi Yoshida for giving us the time to hold this interview, and EXILE NESMITH for conducting it for us! If you missed out on our interview with Eureka Seven director Tomoki Kyoda last week you can read it here. Keep an eye out soon for the final in our 3 part Eureka Seven interview series with scriptwriter Dai Sato!