If you’re a fan of modern manga & anime you no-doubt have been exposed to a series that has been influenced by Fist of the North Star (Japanese title: Hokuto no Ken) in some way. The original manga series was written by Buronson and illustrated by Tetsuo Hara and serialized between 1983 and 1988 in the legendary manga anthology magazine, Weekly Shōnen Jump. The series takes place in an alternate 1990s where society has been erased in the fires of nuclear war, and violence is the sole authority. It follows Kenshiro, successor to the martial art of Hokuto Shinken, in a tragic story of growth as he struggles to protect the wasteland’s weak and downtrodden people. As a globally popular IP, it has been adapted into an animated series, movies, and has spin-off works featuring supporting characters. In this special interview, we posed questions straight to the masterpiece’s creator, Tetsuo Hara! EXILE performer and spokesman for OTAQUEST, Sekai, asked about the origin of the series, stories from during its serialization, and other points of personal interest. 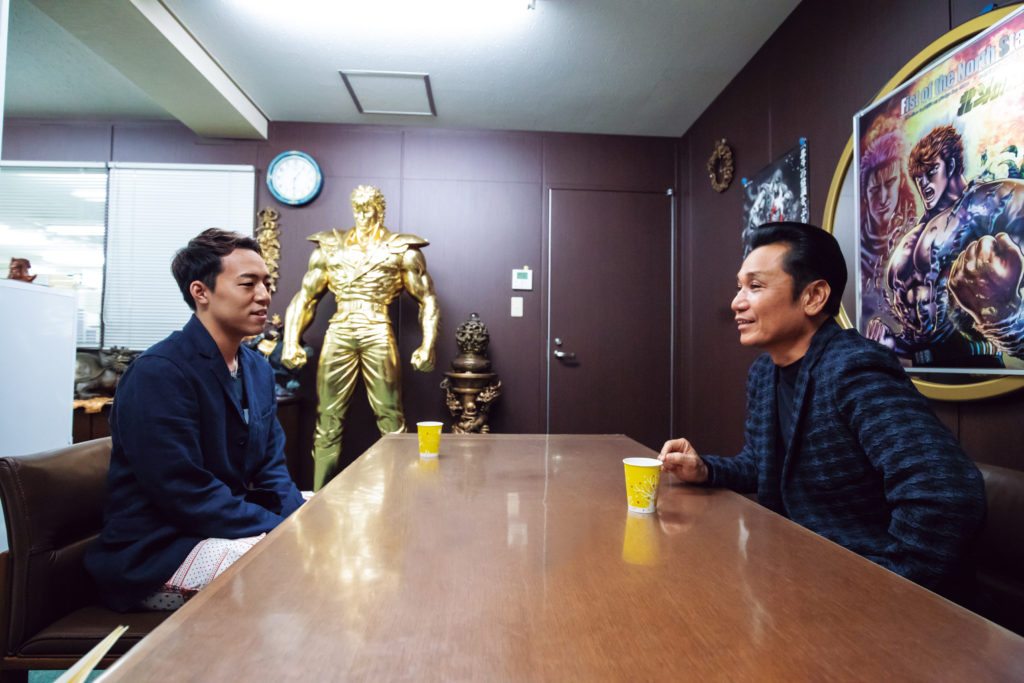 SEKAI: Fist of the North Star was serialized before I was even born, so my first introduction to the series was when I was rifling through stuff at a bookstore when I was a kid. The depth of Kenshiro and other characters pulled me right in, and I read every comic there was. Ever since then, I’ve had a special place in my heart for Fist of the North Star. It’s really a pleasure to finally meet you, Mr. Hara.

TETSUO HARA (henceforth HARA): Is that right? *laughs* You can ask me anything you like today.

SEKAI: Thank you very much. First off, I’d like to hear how you wound up drawing Fist of the North Star.

HARA: When I was young, I was a fan of manga, particularly those that were heavy on action. At the time, Bruce Lee was very popular, and I was really into his movies as an elementary/middle schooler. What was unfortunate was that Bruce Lee had already passed away by that time. His kind of over-the-top action is the kind of stuff that young kids go nuts for. Back then, when there was no way to record TV, I had to burn that image of Bruce Lee into my head, and I would try to put that image to paper later. Yusaku Matsuda was another actor I thought was cool at the time, but he stopped appearing on TV after running into some trouble, so I had to draw him from memory like Bruce Lee. And it was “Fist of the North Star” that gave me the chance to think about how I would draw a main character that takes inspiration from both Bruce Lee and Yusaku Matsuda.

SEKAI: I knew about how Bruce Lee and Yusaku Matsuda formed part of the base for Kenshiro’s character. Bruce Lee strikes many of the same poses in the movie Game of Death. I also watched Bruce Lee films when I was young, even before reading Fist of the North Star. I’ll never forget the precision and fast-as-lightning speed.

HARA: It’s cool stuff. Much of my motivation for drawing was about making real things I wanted to see myself. It was the aftershock of admiring Bruce Lee and Yusaku Matsuda’s traits, their manner of speaking, and the atmosphere their acting conjured. That aftershock stuck around in my head, fueling big ideas that I would temper into our actual characters. I’ve always been about drawing men that are striking to look at. That’s always been my goal. To be honest, I was ready to hang up my pen once Fist of the North Star was completed. That was the only thing I wanted to draw, after all. *laughs*

SEKAI: What?! I never knew that! I’m shocked. 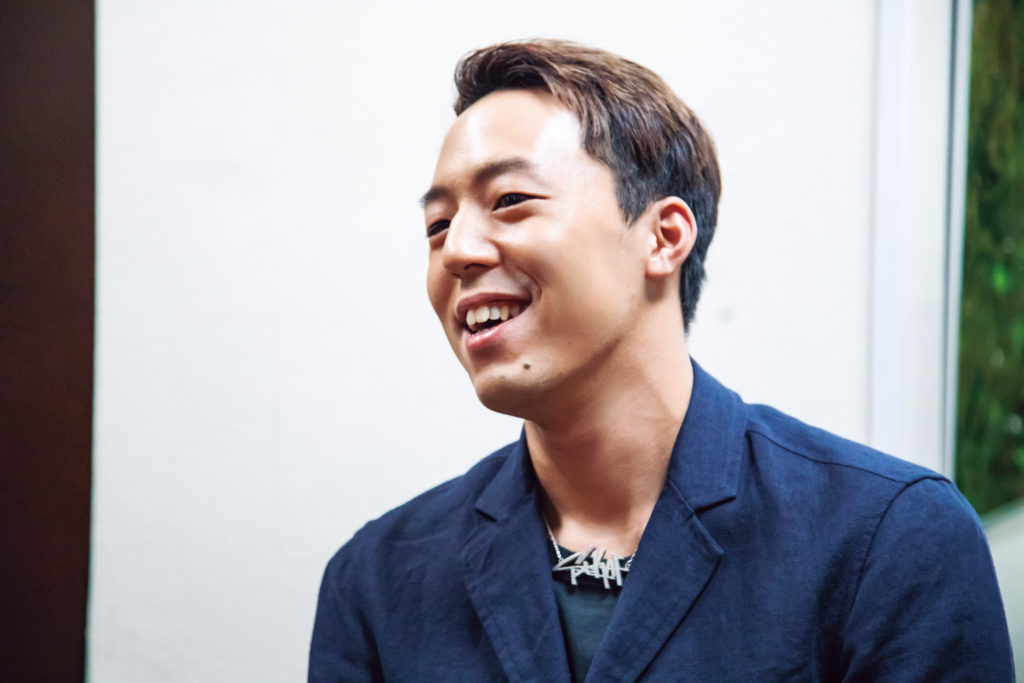 HARA: Back when serialization started up in Weekly Shōnen Jump, I only thought I’d work hard for three years. Critics of manga back then were harsher than they are now, and if reader surveys showed a series was losing popularity, they would drop it in a heartbeat. That’s why even three years was a tough target. The physical and mental toll of drawing every week is also heavier than everyone imagines. In the end, our run went for five years, but since I was drawing as if every week was our last, we were out of motivation and ideas by the series’ completion. We were happy we got to continue, but at the same time, we felt it was being dragged out. *laughs*

SEKAI: How did you overcome that?

HARA: When I was young, I watched series like Ultraman and Tiger Mask, but for some reason, I was more interested in the enemies than the heroes that trounced them. So, when I decided I would become a professional manga artist in the future, I was naturally pulled into thinking about “how to make fascinating enemies.” In other words, I was thinking through characters, even back then. Because I had been in that practice for so long, when our serialization started dragging on, we were able to make character development support us. My manga mentor also said that “Manga is about the characters.” “If their character is well done, it will be fun to read.”

SEKAI: I see. Then, what character was the most fun to draw in Fist of the North Star? I mean, most of the enemies you drew were there to be killed by Kenshiro. Amongst them, were there any that you didn’t want to see killed off, or felt sorry to kill off, despite being an enemy?

HARA: Most characters were like that: we went through the trouble of thinking each one up, only to kill them off again. Generally speaking, we would have a new enemy pop up every ten chapters, which means that someone dies off at the same time. To top it off, readers would expect a lot from new characters, so I had to make them more incredible with every iteration. The first enemy we had was Shin, and that was the hit that set Fist of the North Star off, but Shin would eventually die and be replaced by the next enemy, Rei. The bar was raised, and we had to meet it. So we drew Rei, and that was another hit, which took us to the next story. Personally, the part I had the most fun drawing was with Shew and Thouzer. That was the time I was most motivated. Our popularity was strong, so some of the pressure was off of us, and I was able to enjoy drawing.

SEKAI: I love Thouzer, too. As a kid, I often jumped down from the jungle gym and mimicked Thouzer’s moves, and these days when my body’s up for it, I have dance moves I use in performances that are inspired by Thouzer. As the main character, Kenshiro is cool of course, but his enemies are just as insanely masculine. If I were ever to play an enemy, I’d want it to be a man as cool as Thouzer. (laughs)

HARA: The action and martial arts I drew were all impossible feats, but it’s amazing to have you reproduce them in real life. 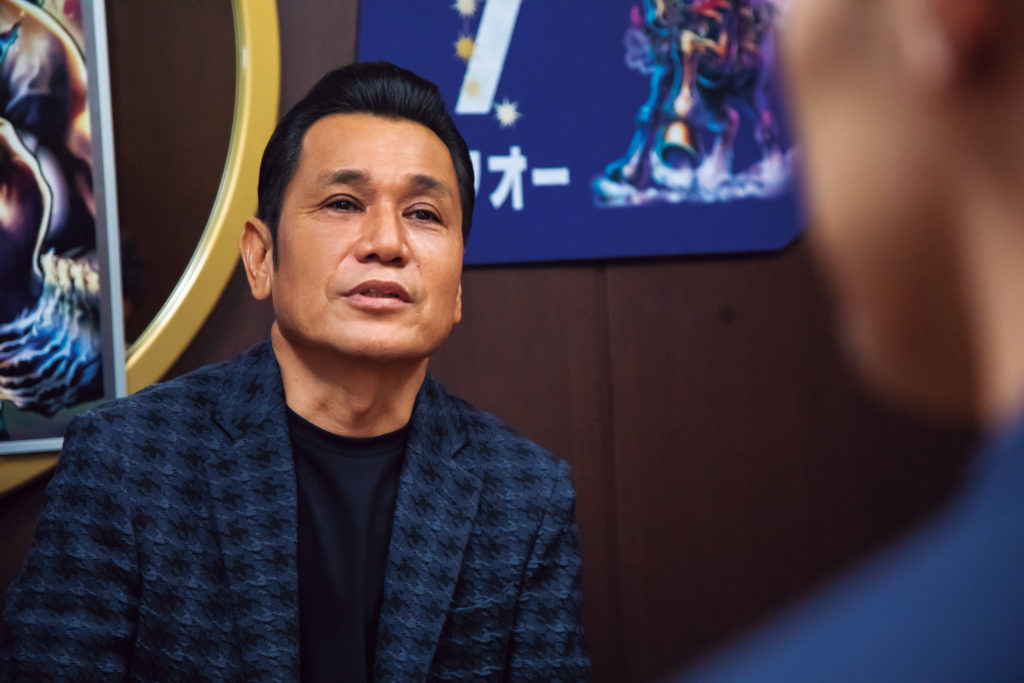 SEKAI: When you were drawing Fist of the North Star, what was your guiding principle?

HARA: When I was young, manga saved me. I couldn’t stand the tedium of studying, but I was poor at sports and had problems maintaining friendships. Manga became like my best friend. Back then, I was really into manga by Fujio Akatsuka (Ososmatsu kun, Tensai Bakabon). I nearly hurt myself laughing while reading his series’. That showed me how incredible manga is. I started thinking about how if I were to draw manga, I’d like for it to provide readers with some form of relief. That principle has never changed. Fist of the North Star was all about showing how fascinating the struggles of men can be, and I felt that it was my role to express this through a work of entertainment. I was also resolute about not drawing anything boring, and about doing my utmost while enjoying drawing. Manga are drawn for sport, so it’s only natural that they’re often absurd or nonsensical, and I feel that to make a business out of that is to put your life on the line. It’s not your average sort of job, I know that much. Misconceiving this would be rude to your readers.

The impact of Fist of the North Star can still be felt in popular Japanese media even today. It remains one of the highest grossing manga & anime franchises of all time and is widely considered to be a must-see/read property amongst longtime fans of the medium in the United States. For any newcomers to the series, the Fist of the North Star anime can be streamed at Crunchyroll and is absolutely something we recommend checking out. If you’re not an anime person, Sega recently published a brilliant game for PlayStation 4 based on the property which was directed by Yakuza creator Toshihiro Nagoshi. Many thanks to Tetsuo Hara for participating in this interview and for Sekai conducting it. We would also like to give a special thanks to the team at Monthly EXILE Magazine for arranging and preparing this interview for us.