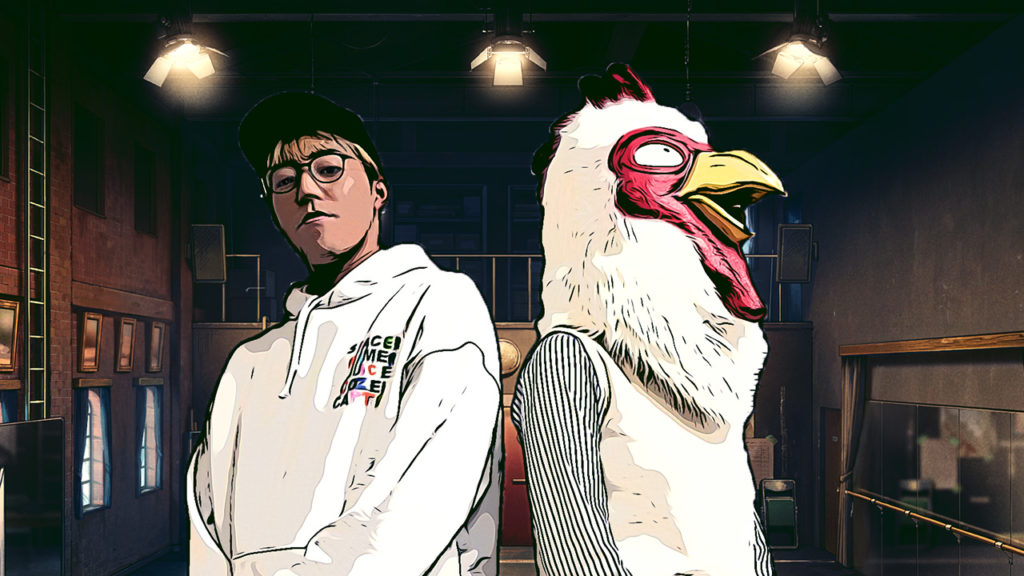 One element of BEASTARS that plays a role in the context of the story is the Cherryton Academy drama club and the characters who comprise its membership. The main character Legoshi is a stagehand for the club and significant supporting character Louis is the leader. This element of the series is something that would be easily relatable to actors and drama fans alike, and just so happens to be something that applies first hand to OTAQUEST supporter EXILE SEKAI. When we told him that we were doing a month focused on Paru Itagaki’s hit manga & anime franchise, he immediately expressed interest, as he was already a big fan. Needless to say, we were immediately excited to get the two of them together to speak about the series from the perspective of a performer & manga fan speaking to a drama fan & creator. Below is their complete candid conversation about experience on the stage, how it relates to the story of BEASTARS, and the creation and content of the manga/anime. 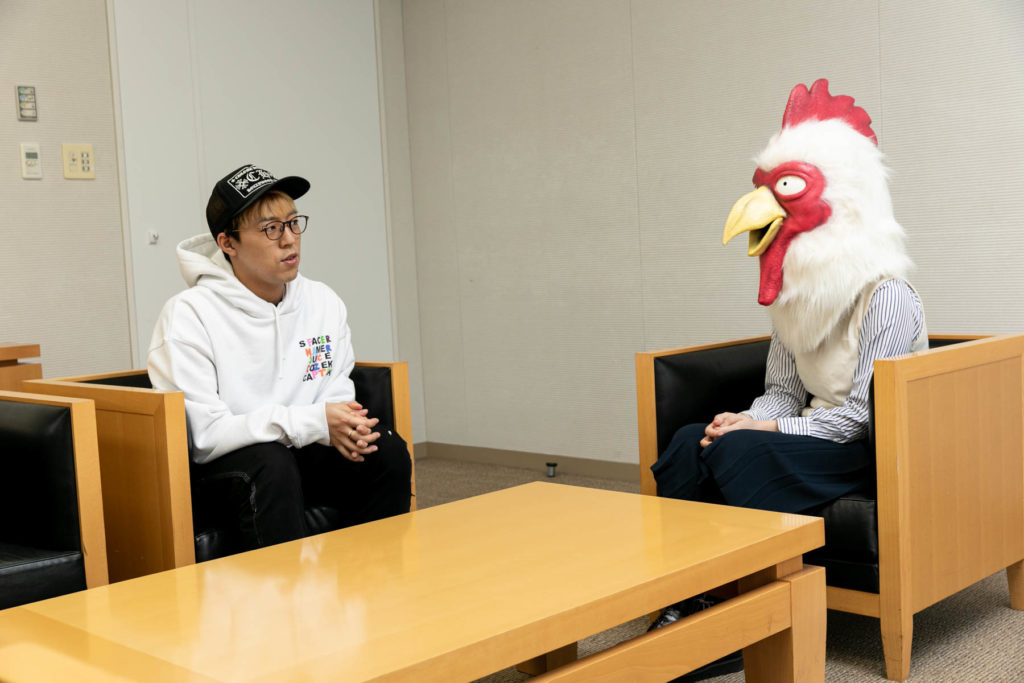 SEKAI: I first read BEASTARS when I found it in a bookstore back when its second volume came out… Can you imagine I was pretty shy when I was a student, not to say that I’ve changed much.

SEKAI: One of the quiet, brooding types. Seeing Legoshi’s taciturn tendencies reminded me of my days in high school. I wonder if people used to be afraid of me. I was in the dance club where all the other members were girls, but with me being shy and lacking for social skills… I’m still shy, mind you.

SEKAI: Anyway, I felt a real connection with the main character, so I was able to project myself onto him. Oh, and a long time ago, I played Simba in the Lion King musical.

SEKAI: That’s why the true-to-life depictions of animals were one of the things that got me hooked on BEASTARS. I’m just a fan, to be honest.

Paru Itagaki: Glad to hear it. I’m grateful. I’ve seen a lot of live stage performances, and I always wonder about what the performers do behind the scenes. I’ve always had an interest in their personal drama, and I wanted to write about it. I could never imagine myself getting up on stage. Manga is something you do alone, so you can always make mistakes. If you feel the story’s getting boring, you can always go back page one and redraw entirely. But there’s no going back in dancing, it’s all live. Your actions have immediate responses. I don’t think I could take that kind of strain on the heart. (laughs). 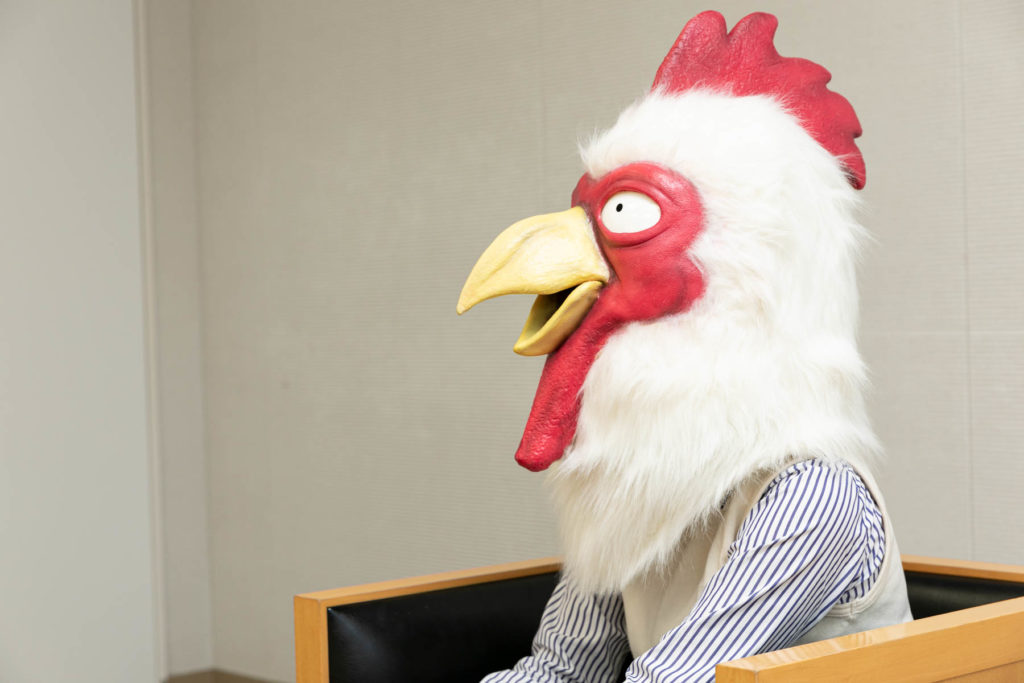 Paru Itagaki: I bet. (laughs) Anyway, that’s why I focused on the thrills and tension from the early part of the story.

SEKAI: There was one time on the Lion King stage when I forgot all my lines.

SEKAI: Even worse, it was the scene where Simba’s dad is dead and he’s cornered by Scar.

SEKAI: That was an experience I’ll never forget…

SEKAI: As a 5th grader, I racked my brain and ad-libbed everything.

SEKAI: So when the scene was over, off-stage I ran into the actor for Scar again. He took acting very seriously and I was certain he was going to chew me out, but instead, he complimented me. ‘You did good getting through that,’ he said. I felt, ‘so this is what it means to be a pro.’ On stage, you have to take action or everything grinds to a halt. 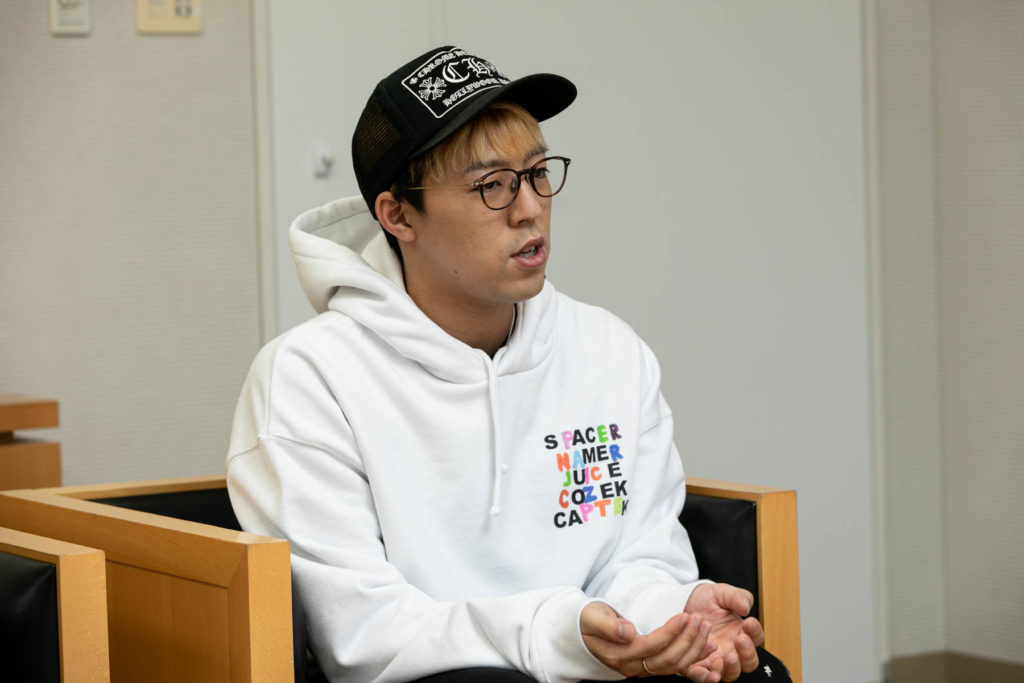 Paru Itagaki: You have to think on your feet, as it were.

SEKAI: I only wish I had Louis’ ability to ad-lib back then.

SEKAI: And since I was able to emotionally connect with Legoshi, I was really interested to see how he matured to become a cool man… or male…? I wondered what your feelings were when you were drawing him.

Paru Itagaki: Yes, my way of drawing him changed over time. He used to be more animalistic. (laughs) But most importantly, I felt shy about having Legoshi do anything that seemed ‘manly.’ He certainly didn’t go out of his way to act as such. I think there was some distance in character between myself and Legoshi. But, having struggled in the shonen manga field, I think he’s grown to be a proper protagonist. When you’re drawing shonen manga, you always retain a bit of the pre-teen boy in you.

SEKAI: That makes a lot of sense. (laughs)

Paru Itagaki: A certain amount of naivete is important.

SEKAI: There certainly are scenes when you think ‘whoa there!’ Like when Hal suddenly starts undressing in front of Legoshi.

Paru Itagaki: That part had some immediate feedback. Lots of people were wondering why a rabbit would wear a bra. I didn’t expect so many people to trip over how they’re animals when they do things that all people do. As for Hal, her promiscuity was baked into her character. Now that I know more about the world of shonen manga, I realize I took a pretty big gamble with her. (laughs) 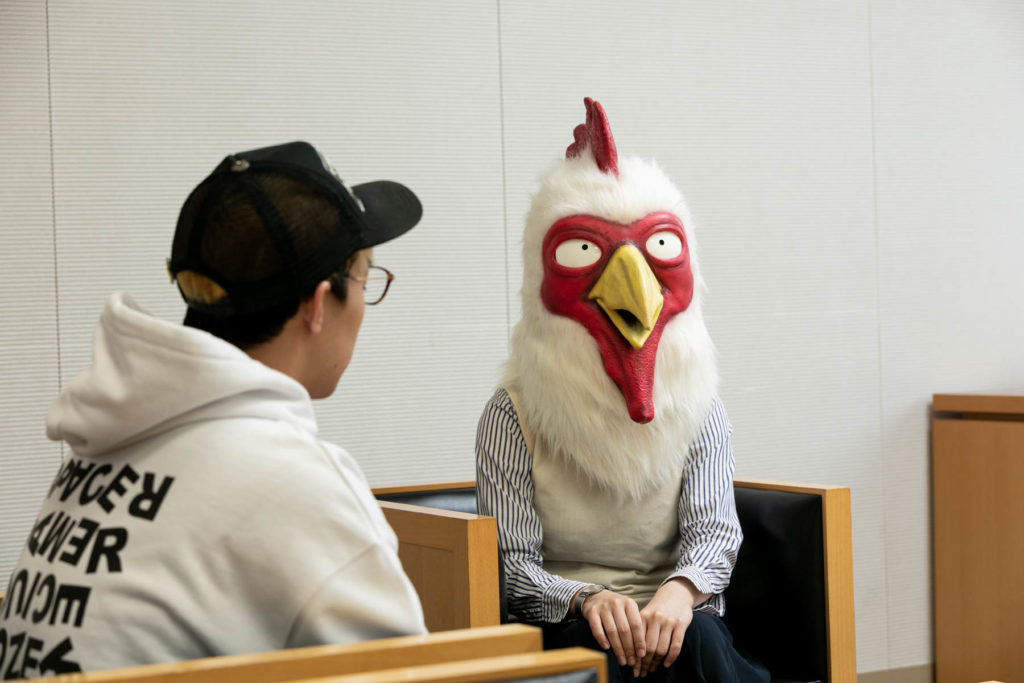 SEKAI: All the boys reading it must have been like ‘whoa whoa whoa!’ Just like Legoshi, they must also have felt ‘Why’s she getting undressed here?!’

Paru Itagaki: My reader demographic’s split down the middle for gender. I’m glad so many people sympathize with Legoshi.

SEKAI: Everything is depicted so realistically, you know. It feels so natural. That scene, in particular, gets you on the same level as Legoshi. Another thing I’d like to talk about is the use of color. I had to say I was surprised to see the colors used for Legoshi when I read the color print. As your original manga, you get to pick whatever colors you want for it. But, they’re surprisingly true-to-life.

Paru Itagaki: Right. Legoshi feels more beastlike in color. If I made up their colors, it would feel fake. I only took creative liberty with Juno, a female wolf, making her a bit more red than would be usual. BEASTARS may be fantasy, but its world doesn’t work that way. That’s why I use colors that are accurate for each animal.

SEKAI: I was impressed with the color in the anime, too. I loved the color uses in various scenes.

Paru Itagaki: I agree. It was an incredible experience to have my manga be made into an anime. I was finally able to watch BEASTARS from a third-person perspective. Their version of BEASTARS has never seen my hand, so it was like a reboot. It was fun to see the characters moving and speaking from a step of a distance away. I had never been very confident in early BEASTARS, so I never re-read the beginning volumes, but seeing the anime, I know now it holds up. (laughs) Do you ever re-watch your material? Performances, TV appearances, or the like.

SEKAI: I can’t do it for my singing though. I’m just too embarrassed about it, still. My experience and my feelings about it don’t line up. 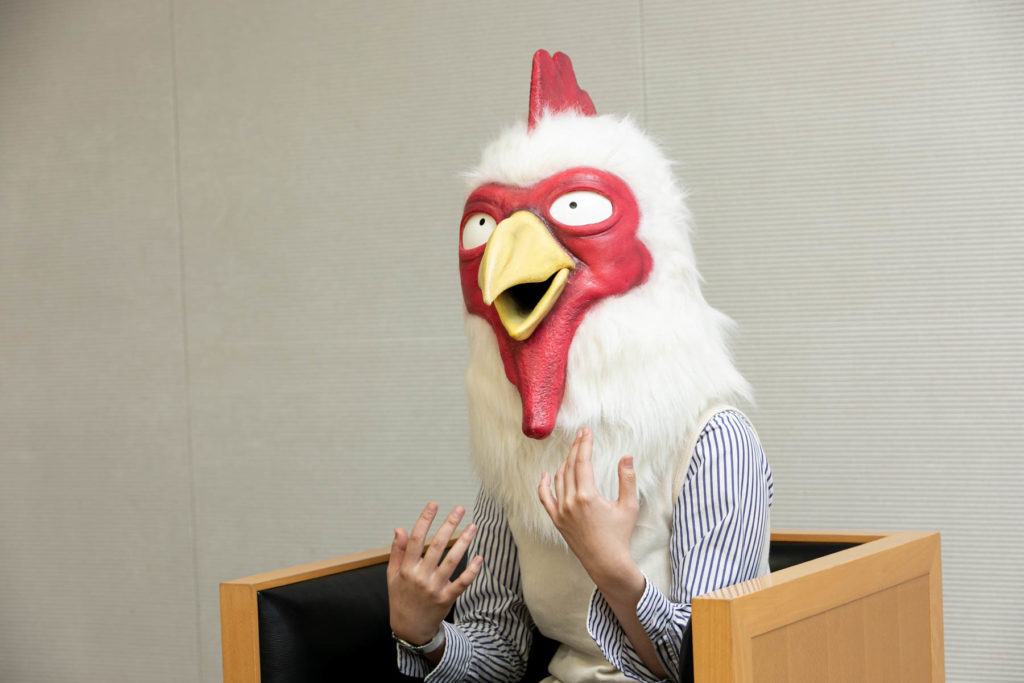 Paru Itagaki: It was similarly embarrassing for me to hear voice actors read the lines I thought up. I was like, ‘give me a break.’ (laughs) Some things I can only keep a serious face when it’s in the written words.

SEKAI: Did you ever participate in directing for the anime’s script?

Paru Itagaki: No, not personally. I did request that please don’t have them talk in anime style. So I think the ‘prescoring’ they did, taking the performances first and then animating to it, in the end worked out with my request.

SEKAI: I see. In the anime, and I think this goes for most people, but I like the scene where Legoshi realizes that he likes Hal. No matter how many times I watch it, I fall for Legoshi every time. Caught up in his moment.

SEKAI: A paint tube squeezing moment. This will sound presumptuous since you’re his creator, but you can sense an aspect of the male psyche from the combination of his affection and possessiveness. Add that to how the anime is even more visual, with voice acting to boot. I had to feel thankful it became an anime, that I could watch it in real-time.

Paru Itagaki: Indeed. That was the first scene that made me wish I could draw in color all the time. I was very pleased that it could be remade as an anime, in color.

SEKAI: It’s a great scene. It’s where Legoshi becomes a man. The part where he comes to terms with how the girl he likes may have had relations with his classmate feels like a shojo manga development, but it’s a natural and real thing. I like how it delivers you raw emotion. 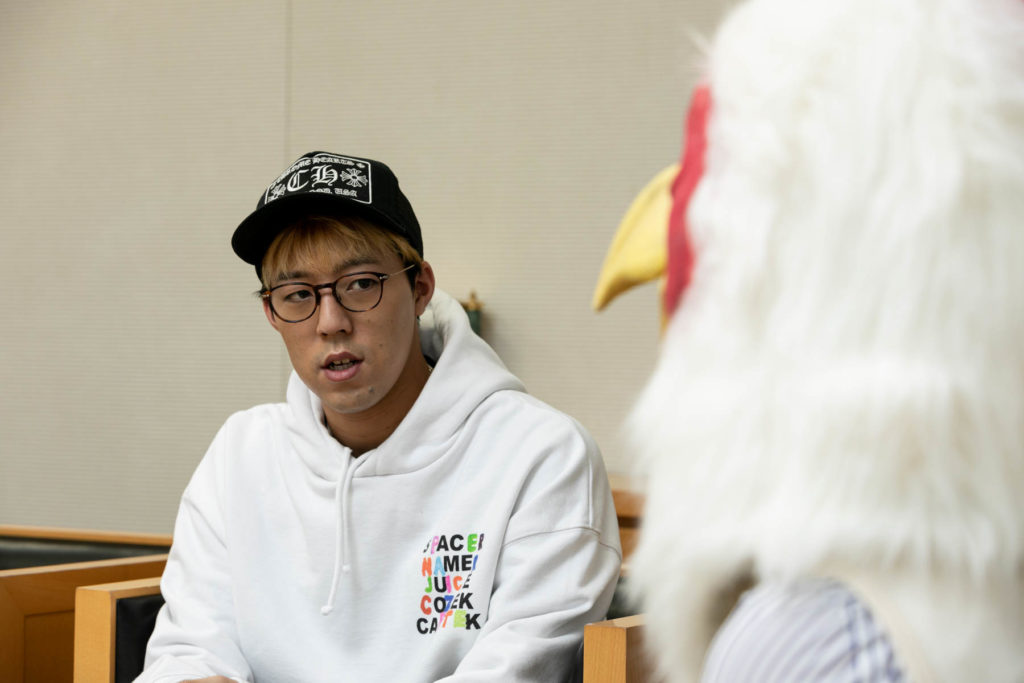 Paru Itagaki: The comprehension of love and feelings of jealousy go hand-in-hand, I think.

SEKAI: What was the scene that made you personally happy it became an anime?

Paru Itagaki: The scene where Bill and Legoshi practice swordplay.

Paru Itagaki: It was an excellent action scene, almost abnormally so. (laughs) It’s a lot easier to understand how Legoshi is an animal, and how Bill moves like a cat, seeing them in motion. So it’s the action scenes that make me glad the series became an anime.

SEKAI: True, the moving scenes really feel like the realization of our imaginings.

SEKAI: They sure do. Looking from below, from above, the front, the side, even if they’re the same movements, they’ll look stronger or more ephemeral depending on the angle. That’s actually part of how I get inspiration from anime and manga. BEASTARS in particular had me imagining how characters might look if they danced. I thought that there might be somebody, or an opening for somebody, knowledgeable about dance to advise you.

Paru Itagaki: I’m afraid not. But thank you.

SEKAI: There’s nothing like anime to give me inspiration for dance movements. Crazy how BEASTARS gives me ideas when it’s not an action manga.

Paru Itagaki: I suppose so. I’m very grateful to the people at ORANGE, who have put so much thought into the character motion.

SEKAI: At heart, I’m the kind of guy that’s just happy to see his favorite manga characters moving in anime. I can’t understate how much I’m looking forward to season two. I’ll be happy just to see it.

Paru Itagaki: (laughs) It’s so exciting to see them.

SEKAI: The second season will have more action, and the resolution of the predation incident. 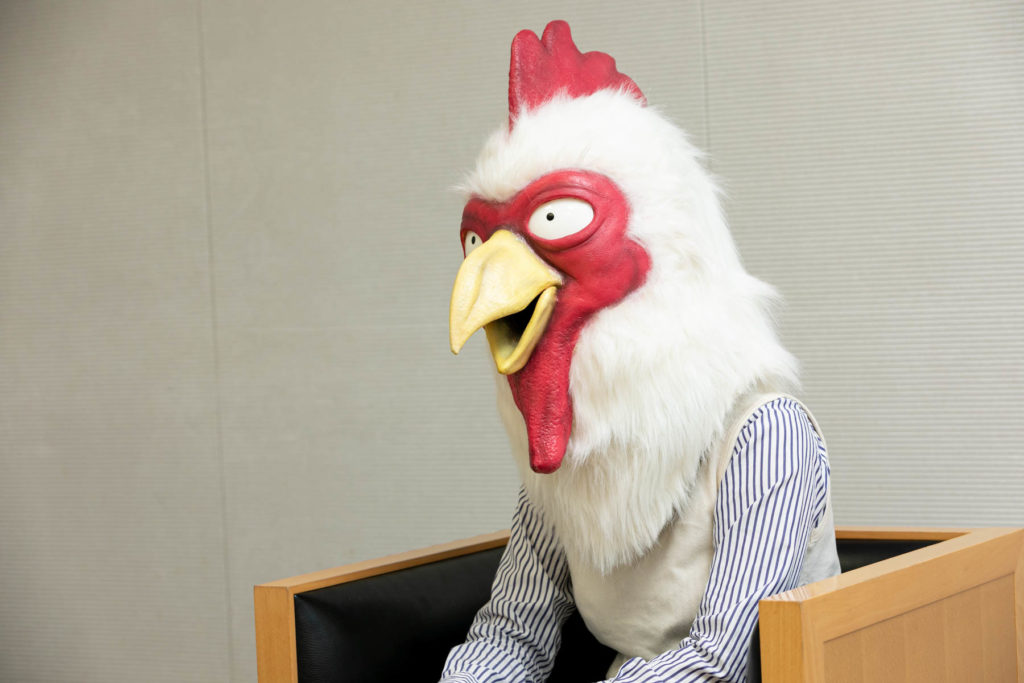 Paru Itagaki: That’s right. Drawing that climax was actually really tough on me. Legoshi’s entire life up to now could have been upturned by the incident. I seriously lost sleep over thinking about what could happen to him. That’s why I’m looking forward to seeing how the anime emotionally affects me.

SEKAI: What did it feel like when you finished drawing that climax scene? Did you feel relieved, or fired up?

Paru Itagaki: Just like Legoshi, I kind of had to recuperate. That’s why working on the whole twelfth volume was like rehabilitation for me. (laughs)

SEKAI: But that’s just how invested you were in it.

Paru Itagaki: Right. Both Legoshi and myself are getting used to a new life, as I introduce new characters, including marine life.

SEKAI: I’ll be looking forward to future volumes, and the second season of the anime, too.

Paru Itagaki: Thank you very much. The lingering predation relationship between carnivores and herbivores in this world is a way in developing stories. It’s not entirely inapplicable to humans. All the more reason I want to put careful thought into the worldbuilding. It’s a theme I’d like to continue building upon. 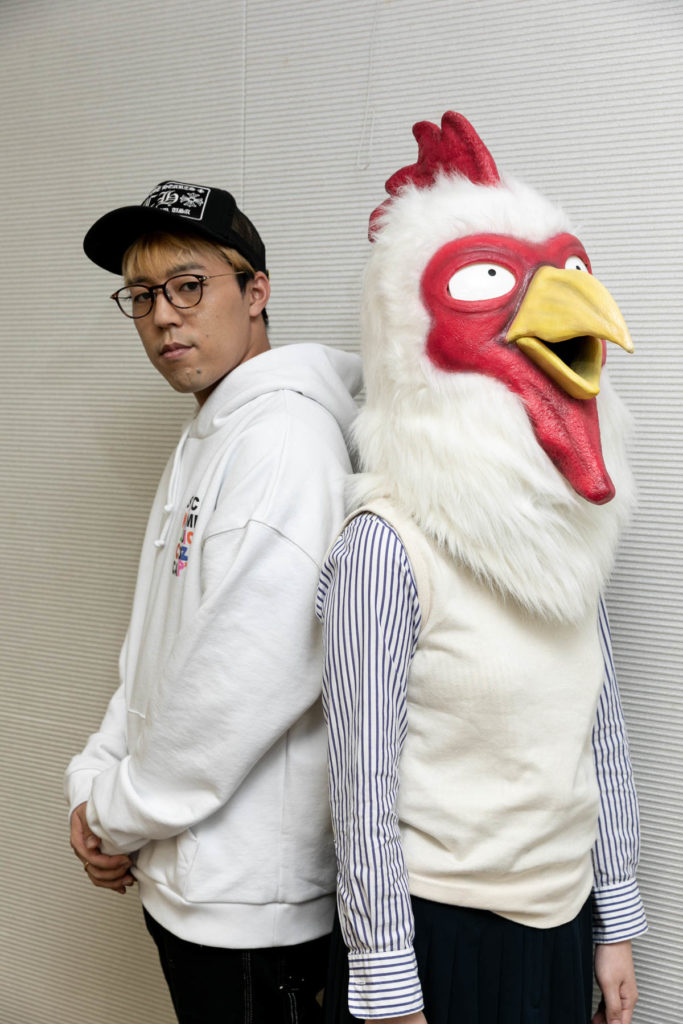 We want to thank Paru Itagaki for taking the time to participate in this discussion and for EXILE SEKAI conducting it! Be sure to catch the anime adaptation of BEASTARS on Netflix, and the BEASTARS manga is available in English now courtesy of VIZ Media.