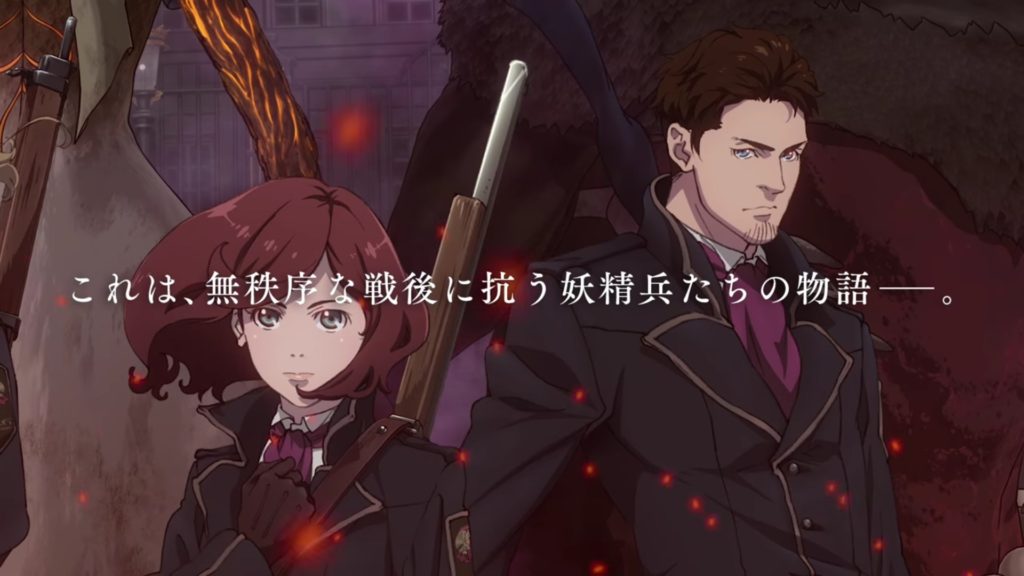 I’ve been following the development of P.A. Works’ latest original anime project Fairy gone with trepidation ever since it was first announced at the end of January, given the studio’s track record with original projects. But despite being set for an April premiere, things have been remarkably quiet on the project’s front – that is, until today, when P.A. Works finally unveiled a new trailer for the upcoming project. Check it out below:

This trailer gives us our first look at the show in action, rather than just a slideshow of concept art and character designs. And I must say, I’m a little disappointed. The fairy characters, who will be the main focus of the show, have been rendered entirely in 3D models with textures that don’t seem to fit in with their surroundings. But by far the most disappointing thing for me in the trailer is the color design. Unlike the bright, vibrant concept art showcased in the teaser trailer and concept art, the scenes in this latest trailer are dull, dark and drab. It’s almost like they forgot to turn on the lights.

That being said, there’s still plenty of time to fix some of these technical gripes. Furthermore, the story still looks pretty promising. The setting outlined for the show was that of a post-war society where fairies were created as weapons but then forced to demobilize and integrate into society to differing results. And from what we can see in this latest trailer, the show isn’t shying away from the horrors of war, with plenty of gore and violence on display. Hopefully, this will help us as viewers sympathize more with the varying developments of each fairy character through the eyes of our non-fairy protagonist Maria.

Speaking of characters, Fairy gone‘s website also announced a whole slew of new voice actors that will be joining the already confirmed team. The list is too long to detail here, but nevertheless, this should offer at least a little bit of assurance that the project is coming along smoothly, which was something I doubted given the lack of information since the initial announcement.

We’ll most likely get some information before this month is over, as there will be holding a special Fairy gone stage event at this year’s AnimeJapan ahead of it’s April 7 premiere. Here’s hoping that the studio can fix some of the more glaring visual problems so that it can deliver on an otherwise intriguing premise.