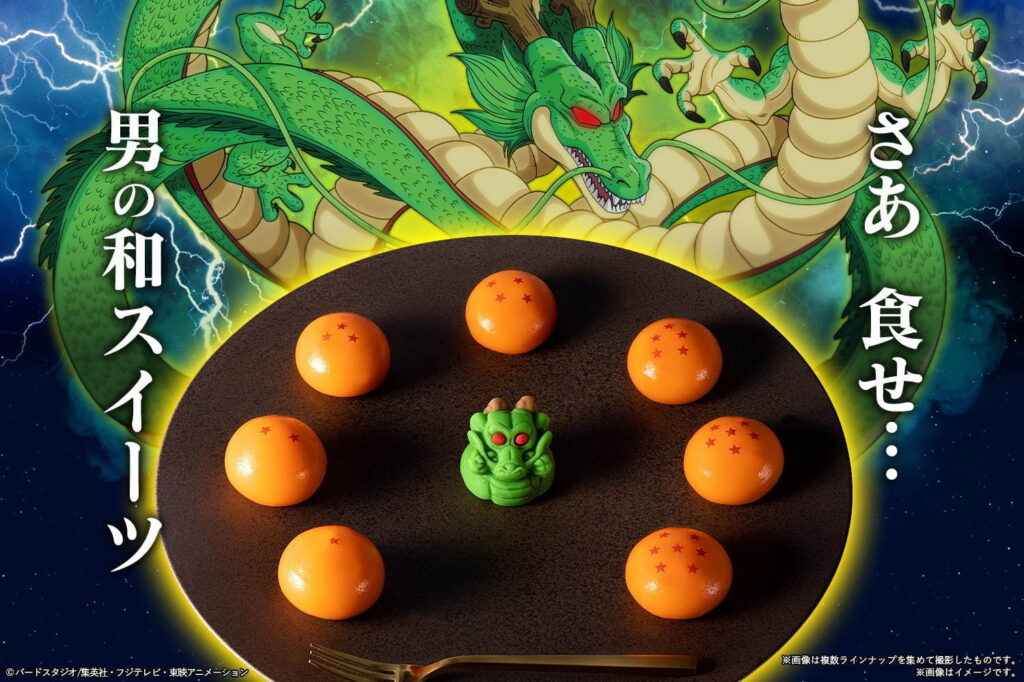 Bandai and Family Mart have just come up with another reason why Japanese convenience stores are better than U.S. ones.

Starting on July 28, Family Mart customers will be able to eat the dragon Shenron.  More specifically, they will be able to eat matcha (green tea-flavored) nerikiri wagashi, a traditional Japanese candy, in the shape of the wish-granting dragon from the Dragon Ball franchise.

As shown on the Bandai (Japanese) website, each candy Shenron will come packaged with an edible Dragon Ball.  These Dragon Balls are actually mochi wagashi candy filled with custard cream.

In most versions of the Dragon Ball story, characters must gather seven Dragon Balls in order for Shenron to grant them one wish. The Bandai Japan website even mentions this; roughly translated, it states, “It seems that your wishes will come true if you collect them…?”

In the series, there are only seven Dragon Balls; each ball is marked with stars, one through seven. Interestingly enough, Family Mart will have nine different candy Dragon Ball designs available, randomly distributed to different stores throughout Japan.  According to reports, the two extra balls are “secret” balls. On Bandai’s website, big question marks cover up the secret balls.

The Bandai website states that the candy will cost 398 yen with tax ($3.71 in U.S. dollars).  Bandai warns that supplies are limited and “sales will end when they run out.”

The latest version of the anime series is Dragon Ball Super, and this Family Mart/ Bandai collaboration seems to specifically promote that.  But of course, Shenron and the Dragon Balls have been integral parts of the series since the beginning.

Nerikiri is made from mochi and shiro-an (bean paste), which can be molded into various shapes.

The Dragon Ball candy is just the latest in a series of exclusive Bandai Tabe-Masu wagashi sold at Family Mart.  Others have included Chopper from One Piece, Sanrio characters, Doraemon, and Detective Conan (Case Closed).

Family Mart has also had campaigns and ads featuring Miku Hatsune; and they plan to roll out remote-controlled robots in some areas, so the otaku street cred is strong with this one.