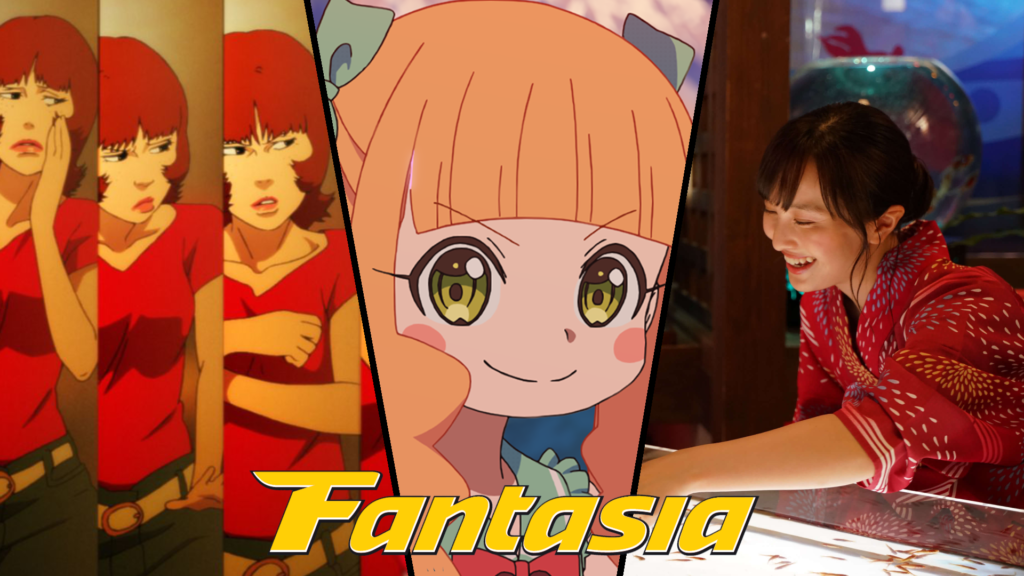 A number of anime and Japanese live-action films have been announced in the latest slate of film to screen at the upcoming Fantasia International Film Festival, including a number of critical and commercial hits making their international premiere at this year’s event.

This year’s all-online rendition of Fantasia has already introduced an impressive lineup of films from around the world in its first slate of programming, particularly for Japanese films. With screenings of movies like Beyond the Infinite Two Minutes and Kakegurui 2, there was already a lot of exciting stuff announced for the festival, and that’s only set to increase with this latest series of announcements centered on Japanese live-action and anime adaptations of popular manga.

Kicking off this slate is the international premiere of Love, Life and Goldfish, directed by Yukinori Makabe. Adapted from the manga of the same name by Noriko Otani, the film follows an elite bank clerk named Makoto Kashiba who is suddenly transferred from the company’s Tokyo HQ to a remote brach after impulsively angering his boss. Having been forced to learn to handle himself in a new environment, he learns to find liberty in a life away from the city.

Ostensibly a romance between the clerk and a person running a goldfish scooping store in the area named Yoshino Ikoma (played by Momoiro Clover Z’s Momota Kanako), the film was well received upon its Japanese release in March of this year and will receive an international premiere at the event.

Also screening at the event is Soushi Matsumoto’s debut feature, named perfectly for the time of year the festival is taking place. It’s a Summer Film has a lot more going on underneath the surface than its name suggests, as it tells the story of a cinephile schoolgirl (played by Marika Ito) that dreams of making her own samurai movie in spite of her high school club being uninterested in this. Nevertheless, she pushes through regardless with friends and a mysterious stranger which pushes this story into the bizarre realm of science fiction.

It’s a strange film that still ultimately captures the memories of being a teenager of cinema and the power of films to bring people together, and will be making a North American premiere at the event this summer.

Taking workplace drama to aesthetic and stylistic extremes is Jigoku-no-Hanazono ~Office Royale~, where workplace drama is transformed into gang wars that take place next to the office photocopier on their lunch breaks. The result is a film embodying yankee styles of the 1980s and 1990s in a modern and fun setting, directed by Kazuaki Seki with a script from Bakarhythm.

Sakura is adapted from a novel of the same name by Kanako Nishi and tells a far more down-to-earth, nostalgic tale of a dysfunctional family punctuated by flashbacks to a childhood and adolescence that brought the family to where they are today (with a dog to keep it all together, which makes just about any film better).

Director Hitoshi Yazaki is known for movies like March Comes in Like a Lion (not based on any manga that shares the same name) and Strawberry Shortcakes. That makes him the ideal director to handle a story like this, making it one to watch when Fantasia kicks off in August.

These are just the highlights and major premieres from an event that will also be the latest festival to screen Sion Sono’s English-language debut Prisoners of the Ghostland, Tokyo International Film Festival 2020 Audience Award-winner Hold Me Back, Dreams on Fire and more.

And then we get to the anime. Moreso than previous years, several high-profile anime films will be screened at Fantasia Film Festival 2021 in competition for the event’s Satoshi Kon Award for Excellence in Animation.

Pompo: The Cinephile will receive a North American premiere at this event, with Fantasia being one of the first times people will be able to catch this manga adaptation outside of Japan about the art and industry of filmmaking.

Joining this film, having received a special screening out-of-competition at the recent Annecy International Animation Film Festival, is Fortune Favors Lady Nikuko, which will also screen alongside another of Studio 4C’s recent animated featured, the popular CG adaptation of Akihiro Nishino’s beloved picturebook Poupelle of Chimney Town. The latter is particularly notable because of the films’ stronger-than-expected performance at the Japanese box office through positive word of mouth, with both being movies to watch out for at the upcoming event.

Joining the anime showcases is a one-man stop motion feature film known as Junk Head, first screened at the festival in 2017 before being reworked. This year, a new theatrical cut of the film will screen at Fantasia Film Festival, one which will, hopefully, lead to the film’s wider availability beyond the festival circuit.

Closing off the selection is a French documentary about the late anime director Satoshi Kon, titled Satoshi Kon, The Illusionist. He tragically passed away from cancer following the release of Paprika, leaving his planned fifth feature film Dreaming Machine tragically unfinished because no one could fill the shoes of a director with his unparalleled, unique vision. The documentary casts a light on the man’s impressive career and work as a director.

The influence that Kon’s work has had, not just on anime but on world cinema more broadly is undeniable. For a festival like Fantasia that served as a home for the world premiere of two of his previous anime features, and with the festival now celebrating their 25th anniversary, what could be more fitting?

With this latest slate of announcements including anime and high-profile live-action films, Fantasia looks set to host an unmissable selection of films in celebration of its 25th anniversary. And if you happen to be in Montreal, you could even catch an early screening of The Suicide Squad! The festival is set to take place from 5 to 25 August and you can find out more over on the festival’s official website.