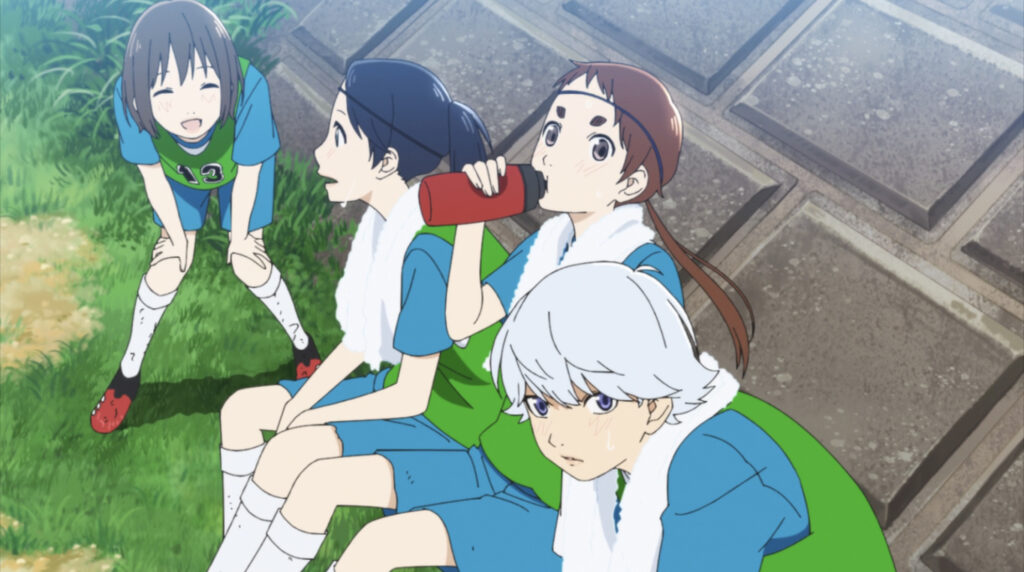 Farewell, My Dear Cramer episode 1 is… rough. There isn’t a nicer way to summarize the episode than that.

Having only jumped onto the series recently, my recent review of the manga should hopefully be enough to tell you just how much I’ve fallen in love with Your Lie in April mangaka Naoshi Arakawa’s latest series in recent times. This story about girls’ soccer is great not because it’s about the glory of victory but the passion of playing together with others as a team while analyzing why someone would want to succeed in the sport.

The series is ultimately about people who play together for their belief in the sport and a desire to shift the narrative, wanting to make women’s soccer the best in the world again by people inspired by the past and wanting to become the sport’s future. While the series has some noticeable production cracks in this first episode, I fear some of the issues the series has in capturing this idea are more deep-rooted. 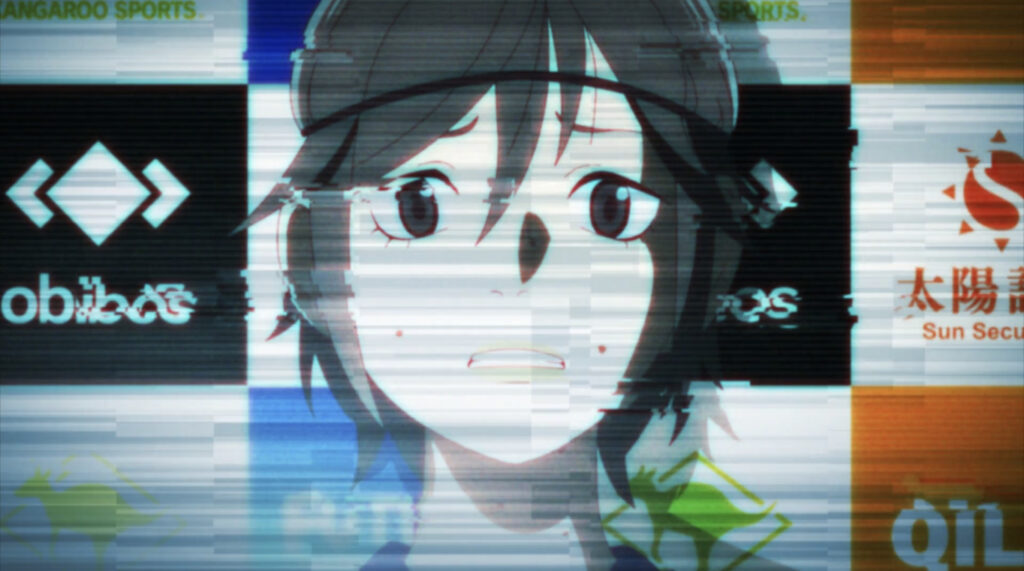 Why not get the positives out of the way, first? Although there are plans for a movie that adapt the 2-volume prequel manga produced by Arakawa, episode 1 of Farewell, My Dear Cramer sets aside a small amount of time for recounting the ending of that manga and the story of the protagonist of that short series, Nozomi Onda. She plays a smaller role in this new series going forwards, and this framing does a good job of reinforcing the ultimate thesis statement of the series in a way that’s arguably stronger than the first chapter of the manga.

But this is the only area where it stands above the source material, and even then, only because it touches on the idea more directly.

Episode 1 of Farewell, My Dear Cramer feels flat. This is a stylistic issue as well as a production issue, with the character designs being simplified for the anime adaptation to make them easier to animate and to give the series an overall brighter aesthetic. I don’t think this is necessarily a bad thing, either, as in still moments these flatter designs achieve this. 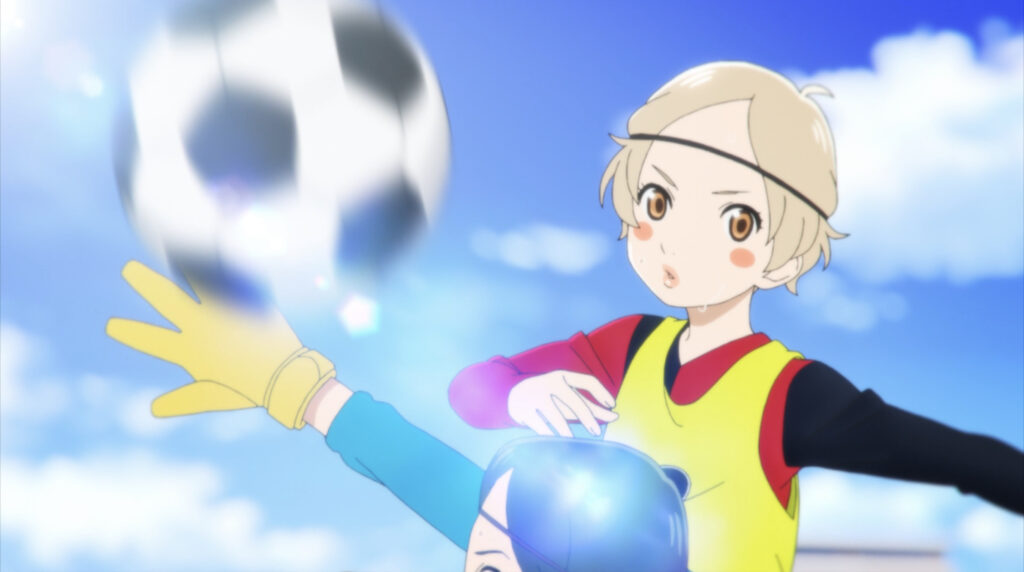 Where the issue arises is that shading on these characters appears to be completely absent, giving scenes a flat, two-dimensional appearance. Worse yet, when the characters are set in motion during matches, this lack of shading and the rough, slow animation kills the tempo these matches were given in the original series.

Part of what makes the original manga an exciting read is its paneling and shading, something that gives the static panels life and gives the series momentum that pushes you to the next panel, the next page. You can almost see the ball moving between drawings, and you’re given a depth to the action that is missing here. The ball moves as players stand in place, and it means the practice match we see in the episode loses its energy, while the character development feels inauthentic as we’re unable to feel the excitement that the characters are supposed to feel here.

The composition on certain scenes feels unbalanced, certain cuts are rough, and I don’t entirely understand the decision to put superimpose faces in front of metal fences when speaking from behind them. The sluggish nature of the animation transfers to static scenes and encompasses the production issues present in episode 1 of Farewell, My Dear Cramer. 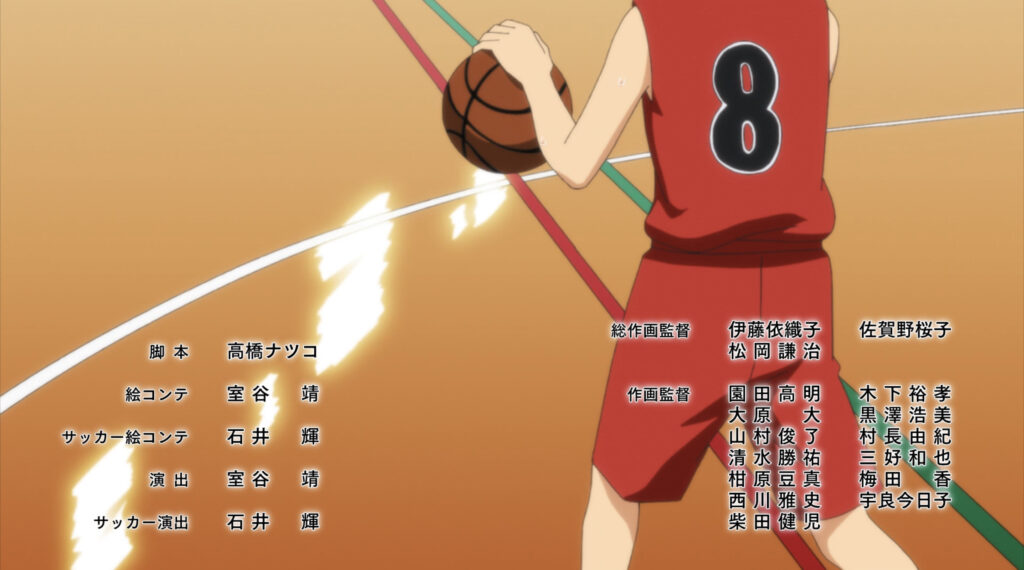 A glance at the credits for the episode reveals that there were no fewer than 13 animation directors and 3 chief animation directors on this series opening, something which is never indicative of a healthy production schedule, where staff aren’t being stretched to their limits under the crushingly poor conditions that are sadly standard in the industry. With toned-down designs and relatively little action in this early stage, there’s no reason production should be under so much strain to have reached this point already.

Remember when I noted that there were plans to adapt the original 2-volume of the manga, Sayonara Football, into a movie? That movie, renamed Farewell, My Dear Cramer: First Touch, was scheduled to hit Japanese theaters on 1 April, before episode 1 aired, until it was delayed to an unspecified date in the summer. The writing was on the wall that production was struggling when the supposed grand opening for the anime was unceremoniously kicked into touch. 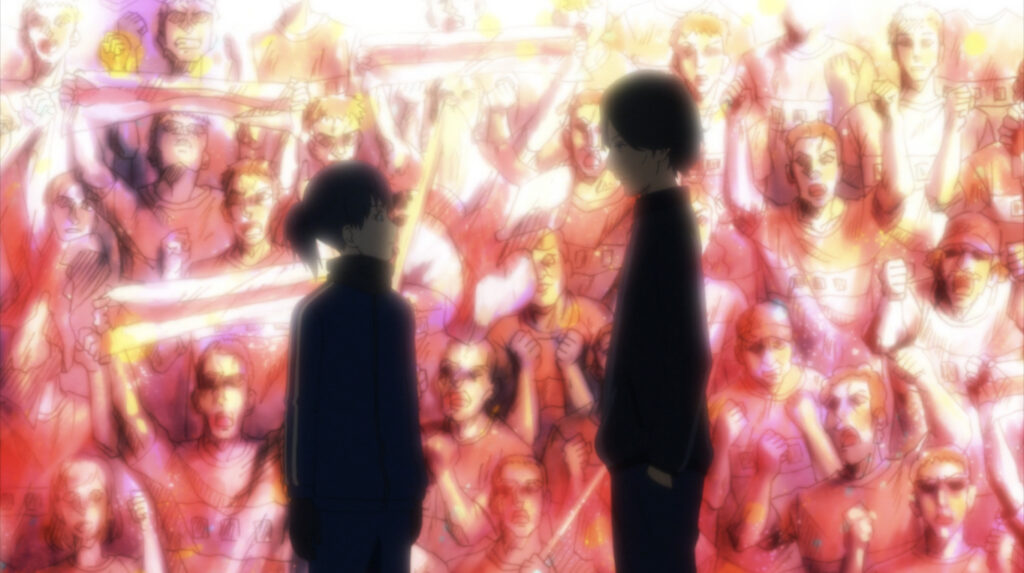 There are a lot of new anime airing this season. I briefly touched on the topic in my Spring anime season preview, with international growth fueling a desire for more anime that we’ve reached the unsustainable levels we know today. Shows are falling apart earlier and earlier into production, and sometimes aren’t even finishing their run before delaying the final episodes. Needing so many hands involved so early is a bad sign, and it shows.

Which is a shame! I have a soft spot for soccer anime and manga as a fan of the sport itself (go Sunderland!), so I often try to catch any new series in the hope that it can be great. As an adaptation of a Naoshi Arakawa work, it deserves a strong production to help it achieve its full potential. While I plan to keep watching in the hope it improves, this comes without expectations of success and with an underlying feeling the series shouldn’t be airing at all.

Farewell, My Dear Cramer is currently streaming on Crunchyroll.