Fatal Frame: A Horror Game Series Not to Be Forgotten 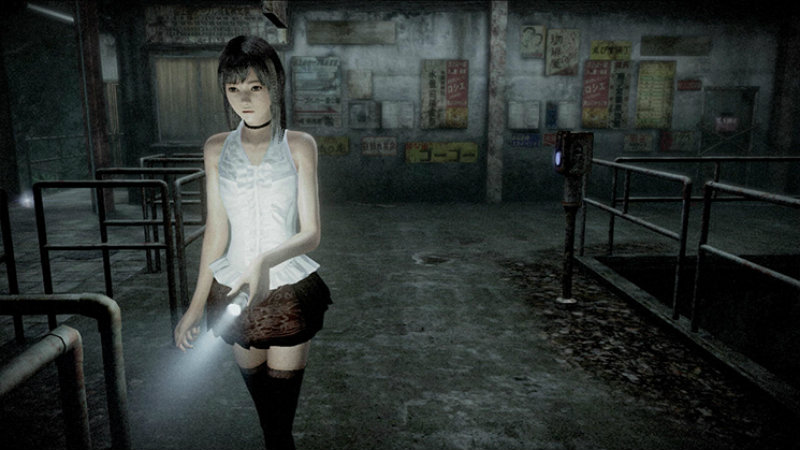 When you think of survival horror video games, a few titles are sure to come to mind. Series like Resident Evil and Silent Hill are iconic among the genre. However, one series that is rightly known for its eerie atmospheres and quality video game scares is Fatal Frame.

Though the series lacks the name recognition of some of its contemporaries, I still consider the Fatal Frame games to be some of the scariest games out there. With plans for a new movie adaptation in the works from the director of the first Silent Hill movie, fans of the series have that to look forward to at least, since there have been no announcements for a new game installment.

The most recent game, Fatal Frame: Maiden of Black Water came out back in 2015 to mixed reviews, only making it more worthwhile to look back on the rest of this stellar series. 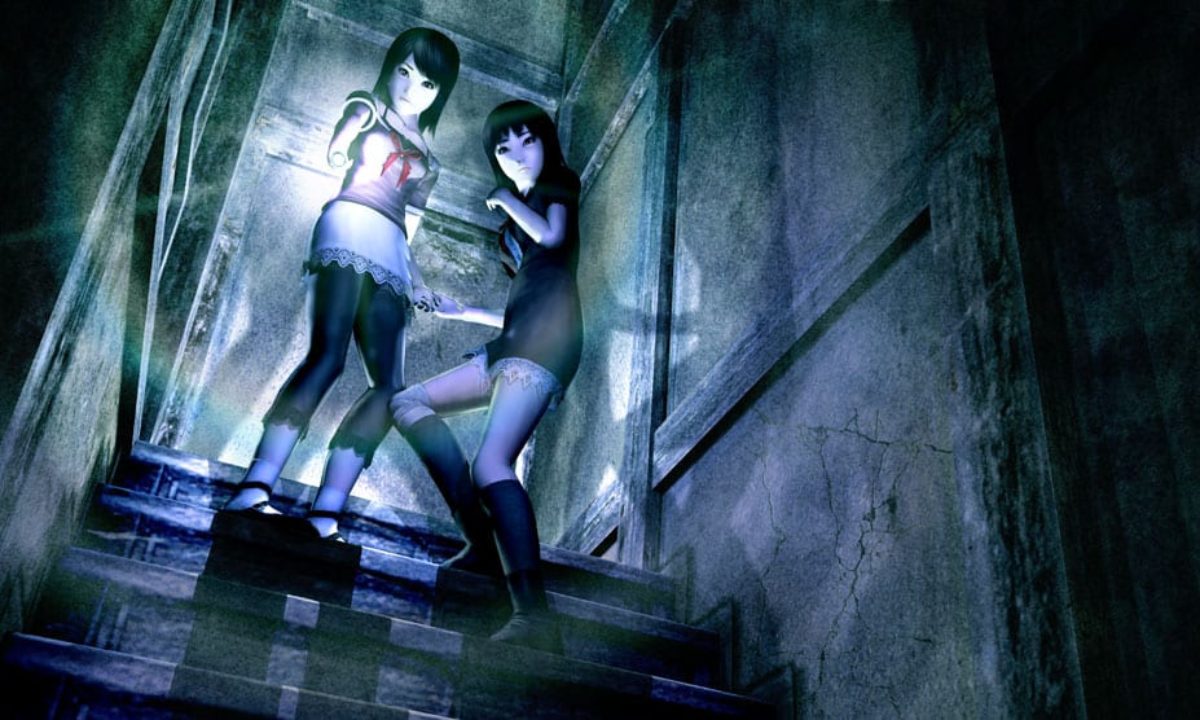 From Series Origins through Series Highlights Like Crimson Butterfly

After playing Silent Hill on the PlayStation 2, series creators Makoto Shibata and Keisuke Kikuchi found themselves inspired. Embracing the popularity of J-Horror movies at the time as well as Shibata’s own experiences with the supernatural, the duo made it their goal to create the scariest game possible. They succeeded.

Fatal Frame was released in 2001 in Japan, in 2002 in the U.S,. and was overall well received, with some players finding the game too scary to complete. As a result, the creators made it a point to develop the sequels in a way that would compel players to follow through to the end.

Fatal Frame III: The Tormented was released in 2005 to generally positive reviews. It was followed by 2008’s Fatal Frame IV: Mask of the Lunar Eclipse was never officially released outside of Japan. 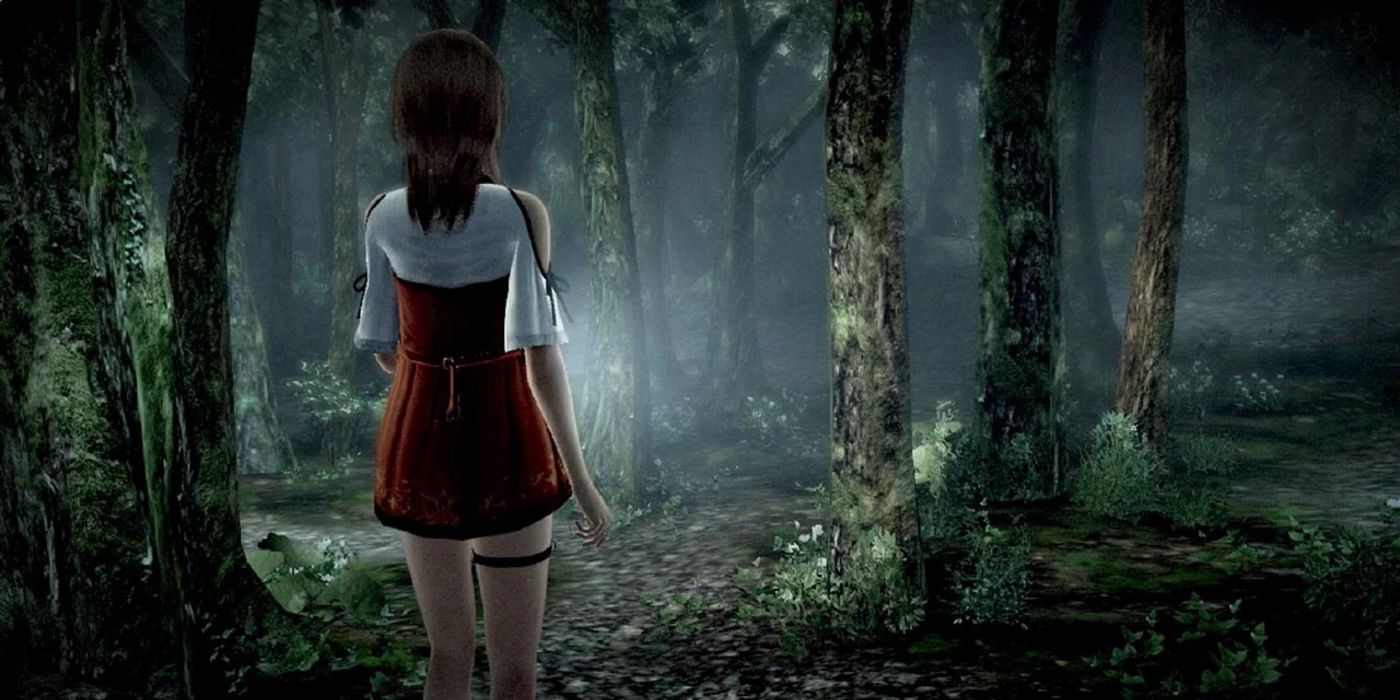 Plot and Characters of Fatal Frame

The first installment of the Fatal Frame game series centers on the protagonist, Miku Hinasaki. After her brother Mafuyu goes missing in the deserted Himuro Mansion, she goes after him. Upon entering the mansion, she encounters the ghostly inhabitants of the mansion.

As she looks for her brother, Miku comes across their mother’s old camera, which Mafuyu had brought with him. The camera, as a ‘Camera Obscura’ has the ability to fight off the spirits if she can take a picture of them. Unfortunately for Miku, upon entering the mansion rope marks started to appear on her wrists, and spread the longer she’s there.

Eventually, Miku uncovers the dark history of the mansion. Once belonging to the Himuro family who were charged with keeping a Hell Gate located on the premises sealed. To do so, they practiced a gruesome strangling ritual, sacrificing a designated Rope Shrine Maiden.

When the family’s last attempt at performing the ritual failed, the patriarch of the family murdered everyone on the premises, leaving all of their spirits haunting the mansion. It is up to Miku to appease the spirit of Kirie, the Rope Shrine Maiden, and break the curse before she and her brother share the fate of all the other occupants of Himuro Mansion.

While the plot of Fatal Frame II: Crimson Butterfly shares the same themes as that of its predecessor, it has a different story. Twin sisters Mio and Mayu Amakura visit one of their favorite places from when they were kids, the two of them end up getting separated.

Drawn from her sister by a crimson butterfly, Mayu wanders off into the woods. Mio follows and the two end up at a deserted village. Upon entering the village, Mio finds an old camera, the same kind of Camera Obscura that Miku had in the first game.

This is useful because, just as with Himuro Mansion, Minakami Village is also filled with tortured Spirits. As Mayu gets lured deeper and deeper into the village, she also falls under the influence of the spirit of a girl named Sae Kurosawa.

Sae Kurosawa was one of the twin girls meant to be sacrificed by the villagers. When she and her twin sister Yae tried to escape, Sae was captured, and the villagers sacrificed her alone. As such, the ritual failed.

Now Mio has to try to save her and her sister from the fate of the Kurosawa twins.

Fatal Frame III: The Tormented follows Rei Kurosawa. While it’s never explicitly mentioned that she is related to the Kurosawa twins from the second game, it is a possibility. Rei is a photographer and her assistant is none other than Miku Hinasaki from the first game.

Although Rei doesn’t know about Miku’s past experience in Himuro Mansion, the two become close. When Rei starts to have recurring nightmares and a phantom tattoo starts to appear on her body, Miku finds herself under the same curse. All the while, spirits are starting to accost all of them.

At the same time, she’s contacted by Kei because he and his surviving niece Mio are facing the same condition. Rei’s nightmares started while photographing Kuze Mansion and in her dreams she finds herself in a ‘Manor of Sleep’ where she encounters a tattooed ghost.

It turns out that this ghost is named Reika Kuze. A Tattooed Priestess, Reika was charged with absorbing the emotional pain of other people in her tattoos. After witnessing the murder of her childhood friend, a darkness was unleashed that destroyed her village.

Now, Reika’s spirit haunts people who are unable to let go of deceased loved ones by cursing them with her tattoos, which will continue to spread until they are consumed and turned to nothing. With Reika mourning for Yuu, Miku mourning for Mufuyu, and Kei mourning for his niece Mayu, all three of them are doomed unless they can find a way to lift the curse.

While at first glance games 1 and 2 are unrelated plotwise, game 3 manages to do a really nice job of narratively tying together the two storylines. Fatal Frame IV: Mask of the Lunar Eclipse goes in an entirely different direction, never really connecting with the narrative established by the earlier games.

Instead, Fatal Frame IV is set on the island of Rougetsu. Eight years before the game is set, a man kidnaps five girls, taking them to a cavern beneath a sanatorium. He’s caught by detective Choshiro Kirishima and the girls are saved, but have no memory of what happened.

Two years after they were saved, everyone on the island died under mysterious circumstances. Another six years after that and two of the rescued girls have died and the last three have returned to the island.

Of course, the island is full of malevolent spirits. It’s up to the game’s protagonist, Ruka Minazuki, to figure out why she and the other two surviving girls can’t remember what happened to them and why all three of them are sick.

As Final Frame IV is the one game of the series to never get released outside of Japan, it’s perhaps for the best that its storyline exists outside of the chronology of the other games.

Yuri Kozukata is the sole survivor of a car accident that claimed the rest of her family. The incident left her with a sixth sense that gives her visions and the ability to see ghosts. Eventually, Yuri attempts to commit suicide by jumping from a cliff on Mount Hikami.

Mount Hikami is legendary for supernatural occurrences, ghosts, and the numerous suicides committed there. In fact, there was a tradition of Shrine Maidens at the mountain’s Black Lake who, by using their psychic abilities to help people have a peaceful death.

The descendant of one of these maidens, Hisoka Kurosawa, saves Yuri from killing herself and the two become friends. If you noticed, Hisoka shares the surname Kurosawa with characters from Fatal Frame III: Crimson Butterfly. It’s never directly stated that they’re related, but apparently, Kurosawa is a name that was granted to certain priestesses on Mount Hikami.

Due to her abilities, Hisoka is often asked to find people and things. One of the people she is asked to find is Miku Hinasaki, the central protagonist of the first Final Frame game. Her daughter Miu is searching for her, having been raised by another woman after Miku disappeared fourteen years prior.

Another person who asks Hisoka to find an item for them is Ren Hojo. He asks her to find a photo album, and while locating it, she teaches Yuri how to use the camera obscura. Eventually, Hisoka is asked to help find someone else and ends up going missing herself on Mount Hikami and while searching for them.

Yuri goes to Mount Hikami to try to find Hisoka and eventually encounters Ren, who went to the mountain to research a book he’s writing. Over the course of the story it is revealed that Ren is actually the descendent of Kunihiko Asou, the creator of the camera obscura.

You may note that Kunihiko shares a surname with Yuu Asou, Rei’s fiance from Final Frame III: The Tormented. Again, it’s never explicitly stated that they’re related, but there is likely a connection there.

There is definitely a connection, however, between Kunihiko Asou and Ose Kurosawa. Ose, a Shrine Maiden at Mount Hikami’s Black Lake, fell in love with Kunihiko. Unfortunately, this complicated things when Ose was selected to be the Eternal Flower.

The Eternal Flower is a Shrine Maiden selected to be sacrificed in order to keep the evil force called the Black Water sealed away. Due to her ties to Kunihiko, the ritual to sacrifice Ose fails and the Black Water is unleashed, corrupting the mountain.

It is Ose’s spirit that is the central antagonist of Fatal Frame V: Maiden of Black Water. 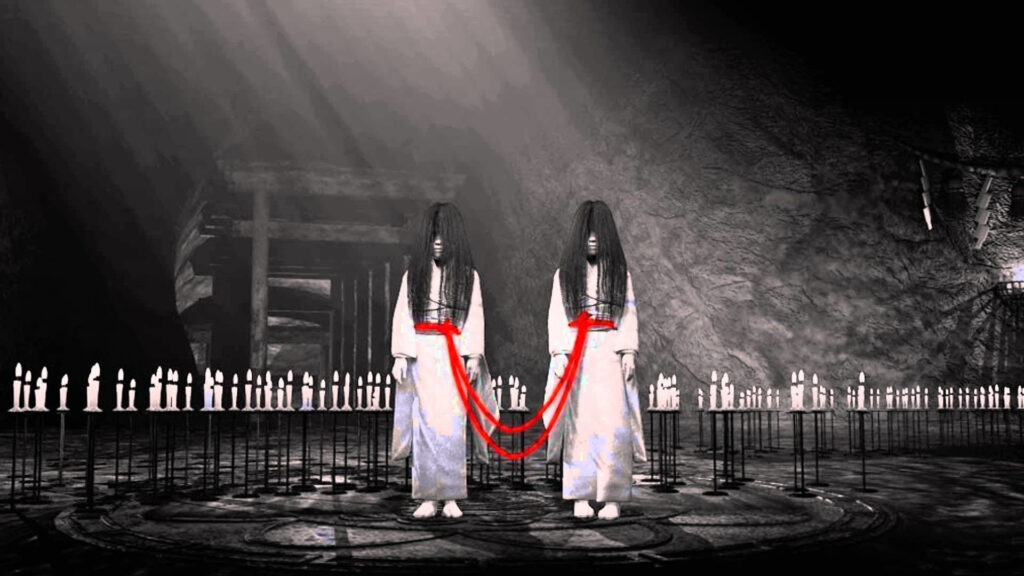 Other Media and Beyond: Game 6? Nintendo Switch?

Aside from the five central games in the series, there was a mobile spin-off game called Real Zero, the European English language version of the series is known as Project Zero, was released in 2004. A Nintendo DS spin-off called Spirit Camera that was released in 2012.

Gekijoban Zero or Fatal Frame: The Movie, also known as Zero: The Movie was released in September 2014. While the movie didn’t adapt any of the storylines from the game, it was a direct adaptation of Ohtsuka’s novel.

A Hollywood adaptation of the game has been in development since 2003. When Fatal Frame V: Maiden of Black Water was released in 2014, it was announced that a movie was still in the works. Most recently, French director Christophe Dans, the director of the first Silent Hill movie, announced that he was working on a Fatal Frame movie, as well as another Silent Hill flick.

Beyond that, while Keisuke Kikuchi, series producer of the Fatal Frame games, has expressed interest in a Fatal Frame 6, or even a version for the Nintendo Switch, he concedes that such decisions are in the hands of Nintendo. So, while it’s encouraging to hear that Kikuchi is up for another installment or a Nintendo Switch version of the iconic horror games, that may not be enough to get those balls rolling any time soon.