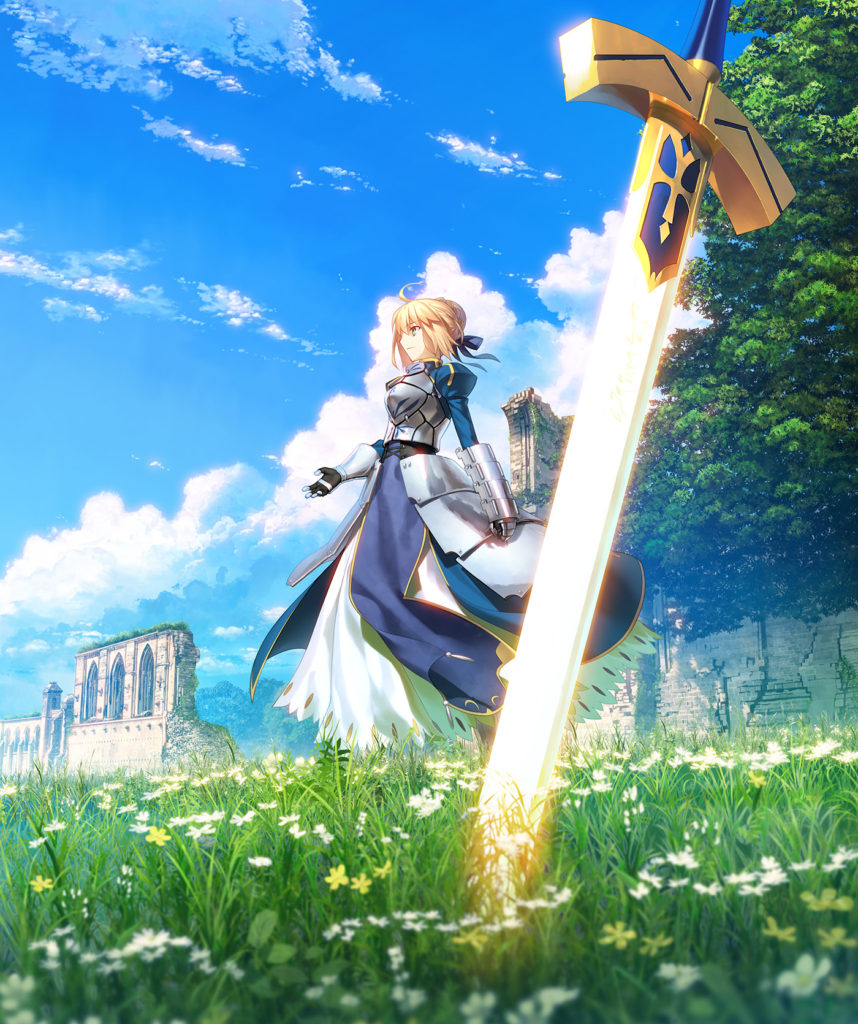 15 years ago, on January 30, 2004, the landscape of Japanese popular culture was changed forever. That was the day that TYPE-MOON released their first commercial project, Fate/stay night. The effects that this title has had are too numerous and nuanced to recount here, but it’s safe to say that it’s a pretty special milestone. With that, TYPE-MOON announced yesterday the launch of their ‘15th Celebration Project’ to mark the milestone, with lots of good stuff on the way.

The announcement came during the screening of a ’15th-anniversary celebration movie’ at the UDX building in Akihabara, which was announced beforehand via the series’ official Twitter account.

Shortly after the movie was screened at UDX, the project’s official website and Twitter account launched, offering fans more information on what they can expect from the project in celebrating the title’s anniversary together with TYPE-MOON.

Featured on the website are messages from various personnel who have been involved with the Fate series over the years. These, of course, included key TYPE-MOON staffers such as Kinoko Nasu (director/scenarist), Takeuchi Takashi (character design), Haga Keita (composer) and Koyama Hirokazu (animation director/weapon design). Production partners over the years, such as Aniplex and Studio DEEN, also offered messages of congratulations for the anniversary.

Various voice actors who have performed roles from the series also took the time to write a message on the website. These include Sugiyama Noriaki (Emiya Shirou), Kawasumi Ayako (Saber) and Suwabe Junichi (Archer). My favorite of all the messages has to be the one offered by Ueda Kana though, and not just because she voices Tohsaka Rin (AKA best girl). As you can see below, her art is definitely something to behold: 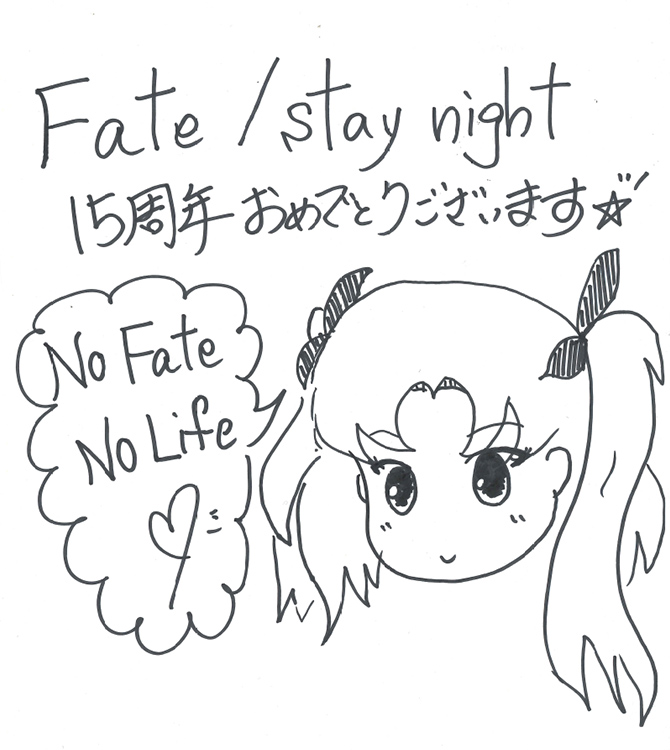 Beyond messages of congratulations, the website also opened with the announcement of a Fate/stay night 15th-anniversary exhibition. This is scheduled to take place sometime this summer in Roppongi. The website promises more events to come as well, and I can’t wait to see what kind of celebrations the franchise will be putting on for us. I’d reckon that this year’s summer Comiket might be a big one, even if big changes to the convention are coming.

Furthermore, from February 17, leading otaku goods stores will be handing out special anniversary postcards. These stores include Animate, GAMERS, Sofmap, Tora no Ana and Melon Books – all of which have enjoyed a strong relationship with the franchise over the years. You can check out the design below:

This is most likely only the start of what is set to be a very special year of celebration for the Fate franchise, so I can’t wait to see what’s in store further down the line. In the meantime though, keep an eye on the anniversary project’s Twitter account and official website for more details.