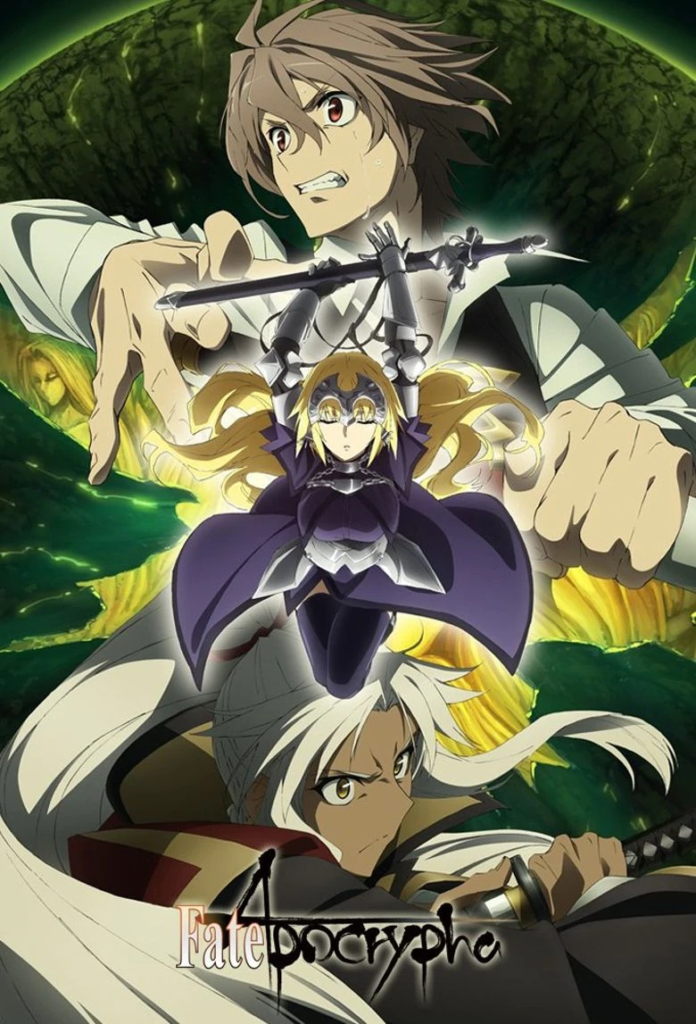 The Fate franchise, and by extension, cover girl Artoria “Saber” Pendragon, are just one of those collective things anime fans know on sight even without necessarily being Fate fans.

The first entry in the series was a dark fantasy/eroge visual novel called Fate/stay night (2004). The game met great success and was adapted into a Studio Deen anime (2006) and manga (2005-2012). And thus, a franchise was born with alternate/parallel universe light novel-turned-anime Fate/Apocrypha being its third literary entry (2012-2014, 2017).

The Fate franchise is grounded in a world where a certain level of magic exists.

However, the power to see to one’s wishes is limited to that of the Holy Grail, an artifact linked to the great “Holy Grail War” tournament. The tournament allows for competitors to fight with magic as well as one of a mix of historical and literary servants in the hopes of being the last mage standing.

The original Fate/stay night and its (in many regards, superior) prequel released a year later, Fate/Zero (2005), both feature leading lady Saber forging bonds with her masters and emerging victorious during the fourth and fifth Holy Grail Wars.

Fate/Apocrypha, on the other hand, shakes up said stories by moving the location of the Holy Grail from Japan to Romania. With this single change, we come to meet an entirely new cast of servants split into two factions.

And what a cast it is.

The Fate franchise has a bit of a…reputation when it comes to taking artistic liberties.

The historical figures, literary icons, and individuals in between that serve as inspiration for the Holy Grail War servants are often “beautified,” gender-swapped, given animal or monstrous traits, and/or tweaked in endless other ways for storytelling purposes.

As well as to make them stand out as marketable husbandos and waifus.

While the Fate/Apocrypha servants based on real people tend to be more ridiculous on principle (might I add that William Shakespeare is in this anime adaptation?), I do find the servants based on fiction intriguing in that they are often reimaginings twice removed from reality.

So, just who are the literary servants in the show based on? 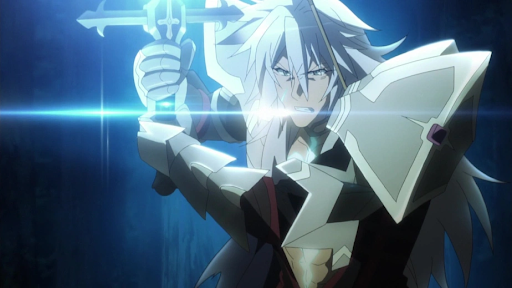 The designated “Saber” of the Black Faction, the stoic Siegfried is based on a legendary hero of Germanic mythology. The literary Siegfried himself is believed to be based on a number of powerful figures in history, but no single origin story is set in stone aside from the stone carvings found across Europe that prove his cultural significance.

Unfortunately for this hero, his is a story linked to tragedy no matter how one spins it.

While he is credited with the slaying of a dragon, the man is also recorded to have been caught in between two women, a “triangle” that secures his death.

The Archer of Black, Chiron, is based on a well-documented centaur mentor from Greek mythos. Despite the fact that centaurs are portrayed as an unruly race of “horsemen” in mythos, Chiron proves a polite and wise trainer.

Interestingly enough, one of Chiron’s students is the Greek hero Achilles who is also in Fate/Apocrypha.

The Rider of Black, Astolfo, is based on an original character from French masterpiece Matter of France in which he serves as a knight to Charlemagne of the Franks.

Astolfo is a royal in his own right, having been born to the King of England. Although he finds himself in a predicament every now and then, the magic and tools at his fingertips never fail to bail him out.

This is when things start to get very on-brand for Fate.

The famous monster of Mary Shelley’s Frankenstein has a history of being depicted as a gray-green man with bolts and stitches, a creature twisted by hate and the neglect of its “father.” In Fate/Apocrypha, Frankenstein’s Monster is the Berserker of Black, a “feral” woman who desires a mate just as Shelley’s original creation did. 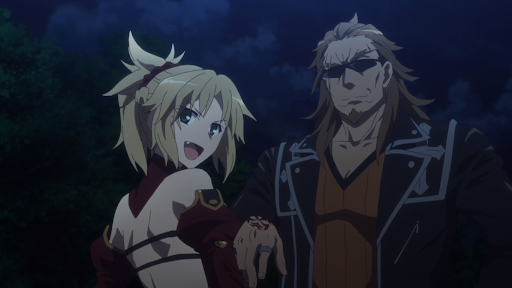 The Saber of Red greatly resembles fellow “Saber” Artoria from Fate/stay night and Zero for a reason, for she represents the literary Mordred to Artoria’s King Arthur.

Though Mordred’s origins vary depending on which Arthurian legend you decide to look into, the male Mordred never strays far from the legendary king. The knight is generally agreed upon as either being Arthur’s bastard son or nephew who brings about Britain’s end.

The Archer of Red, Atalanta, is based on a high-born huntress from Greek mythos. Despite the vow of virginity she took in the goddess Artemis’ name, Atalanta is known for marrying a man named Hippomenes after he beat her in a footrace by divine means.

The Lancer of Red, Karna, is based on a major character from the Sanskrit epic Mahābhārata of India.

Karna was born the divine son of a princess and sun deity Surya who would later gain a reputation as a skilled orator and warrior. Like Siegfried, his is also a tale of tragedy.

The Rider of Red, Achilles, is based on a major character from Homer’s epic poem The Iliad.

Achilles is portrayed as a near-unstoppable warrior whose slaying of Prince Hector was lauded well past the end of the Trojan War. However, the phrase “Achilles’ Heel” has to come from somewhere…and that somewhere would be the warrior’s death by an arrow to his mortal heel.

And as mentioned before, student and trainer Achilles and Chiron are in the show at the same time and make for some great tension.

If you happen to be interested in the show, it’s available to stream on Netflix!