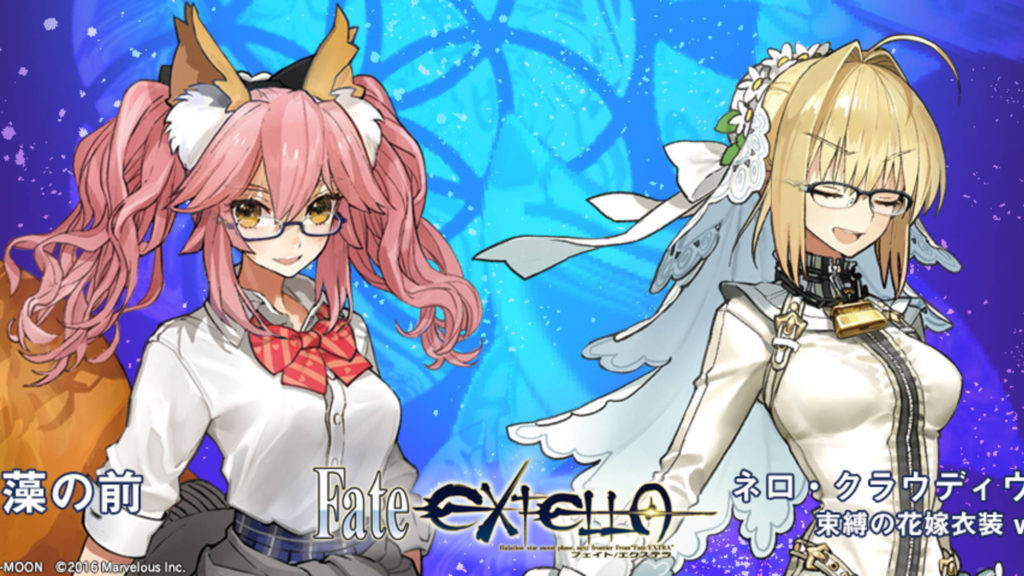 In this writer’s humble opinion, anime fashion has been insanely good as of late. I feel like we’ve clearly evolved beyond the point of your typical Hot-Topic graphic tees of yesteryear, and some seriously smart, high-level brands have stepped in to deck us out. If you don’t quite want to go out in full jacket and khakis, then how about sticking to something a bit more subtle. Whether you have a prescription to wear or just like the looks, glasses-wearers are covered by Eye Mirror’s sub-brand “Animegane,” a play on both “anime” and the Japanese word for glasses, “megane.” Hey, my eyes are up here!

This time, Animegane has collaborated with TYPE-MOON for a new pair of frames from the popular Fate franchise. Fate/EXTELLA is a fun, “Warriors”-style hack and slash romp featuring some fan-favorite servants, as well as a bunch of new characters. A pair of frames modeled off of both Saber Nero Claudius’ and Caster Tamamo no Mae’s outfits and weapons serve to offer up quite the killer look.

Peek the gallery below for close-up shots of both pairs of frames — the Nero Claudius version followed by the Tamamo no Mae version. This is far from the first time that the brand has released Fate items, having also teamed-up with TYPE-MOON for some official Heaven’s Feel, Unlimited Blade Works and even Grand Order frames.

I’ve always thought that blue frames really suited my skin tone and the overall mood of the outfits that I usually rock. I’m totally digging the look of Tamamo’s rims, especially with the added gold accent. Whether it’s one of the newest pairs or from previous collabs, which would you rock?

Animegane has two store locations in Tokyo at which you can purchase their wares; one in Akihabara and one in Ikebukuro. Check out this page on their site for the exact addresses. As far as online orders go, Animegane currently only offers domestic deliveries, but they do sell their items on Tokyo Otaku Mode, so I would suggest keeping an eye on their fashion page.

other William Moo 10 hours ago