‘Fate/Grand Order’ is an Unstoppable Force 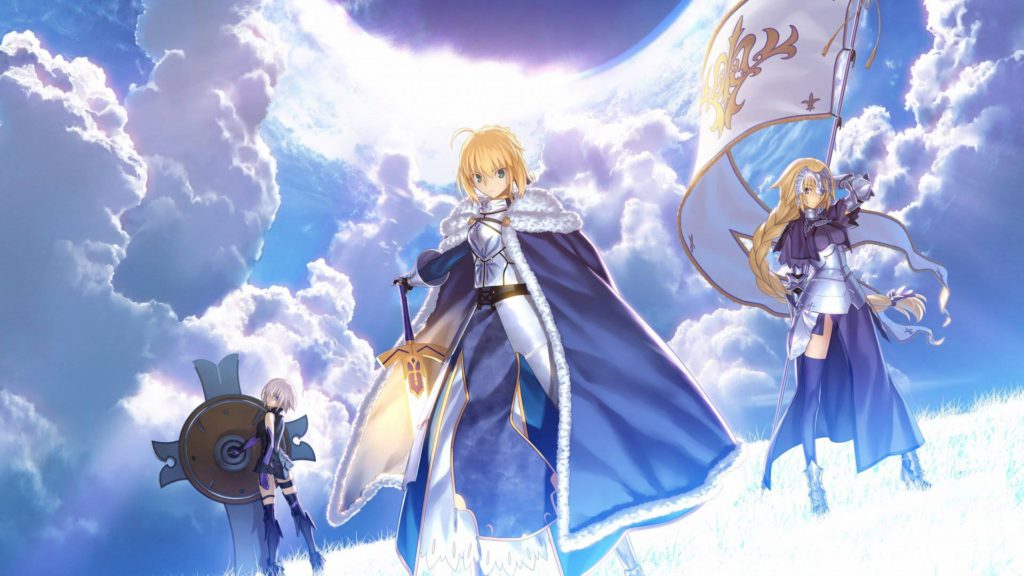 When it comes to mobile games in Japan, there’s few more popular right now than ‘Fate/Grand Order’. The Aniplex-released fantasy role-playing game has been the subject of countless discussions amongst myself and colleagues. That being said however, I’d be lying if I said I’ve dropped any extensive amount of time into it. This largely came down to a few language barrier issues and the disappointing lack of official mobile game translation support. That’s why when Aniplex announced that they would be publishing the title in North America, in English, I couldn’t help but get excited.

‘Fate/Grand Order’ is a series perhaps best known for putting a unique spin on historical figures, and presenting them in a manner previously unheard of; all while preserving their documented real-life personalities… to an extent. From over the top characters such as Thomas Edison, all the way to the likes of Joan of Arc Part, the game never fails to amuse. But that’s not the main reason that people are so infatuated with the game. If you’re somehow not familiar with the wildly popular ‘Fate/stay night’ universe, it’s been widely regarded as one of the best visual novels of all time; while also being consistently listed as a fan favorite anime. It’s an all-enticing universe that delves in intricacy and detail unlike anything else of its kind. If you’re in for one part of the franchise, you’re in for it all.

So when it was announced mid-last month at Sakura-Con that the title would be receiving an official English release, fans of the franchise were understandably ecstatic. What was for many a tap and pray experience, could now become a very legitimate experience for players. Especially with consistent updates and native language support. In an ideal world, I see it performing similarly, if not better than Nintendo’s 2017 smartphone release ‘Fire Emblem Heroes’ that transformed the series from questionably niche to a first day-earning $2.9 million property. As it stands right now, the title has little competition in the English market of its genre, making it an easy push for Aniplex of America (Now if only they could bring the new ‘Madoka Magica’ side-story ‘Magia Record’ over with English support too).

Set to release in the Summer of 2017, the game will feature the original Japanese voice overs, with full English subtitles. The game will be receiving simultaneous releases on both iOS and Android, with content available all the way up to chapter 2 on launch. Originally launched in Summer 2015, the title has been downloaded over 8 million times on mobile devices, and commands an active fanbase. It has been reported that players will be unable to transfer save data from Japanese accounts to English accounts, though they will be able to play simultaneously on both.

The ‘Fate’ franchise has been a sizable property in English-speaking markets for the last decade. Since the release of the 2006 animated series ‘Fate/stay night’, an adaptation of the visual novel of the same name, it’s consistently peaked as a major contender amongst many anime communities outside of Japan. In 2016, spinoff entry ‘Fate/EXTELLA: The Umbral Star’ received a localized release on PlayStation 4, with a Nintendo Switch release on its way. Similarly, we can only hope that the upcoming ‘Fate/stay night Heavens Feel’ trilogy of films sees an official English release too.

If you’re interested in checking out the upcoming English release of the ‘Fate/Grand Order’, you can check out its official website, here.