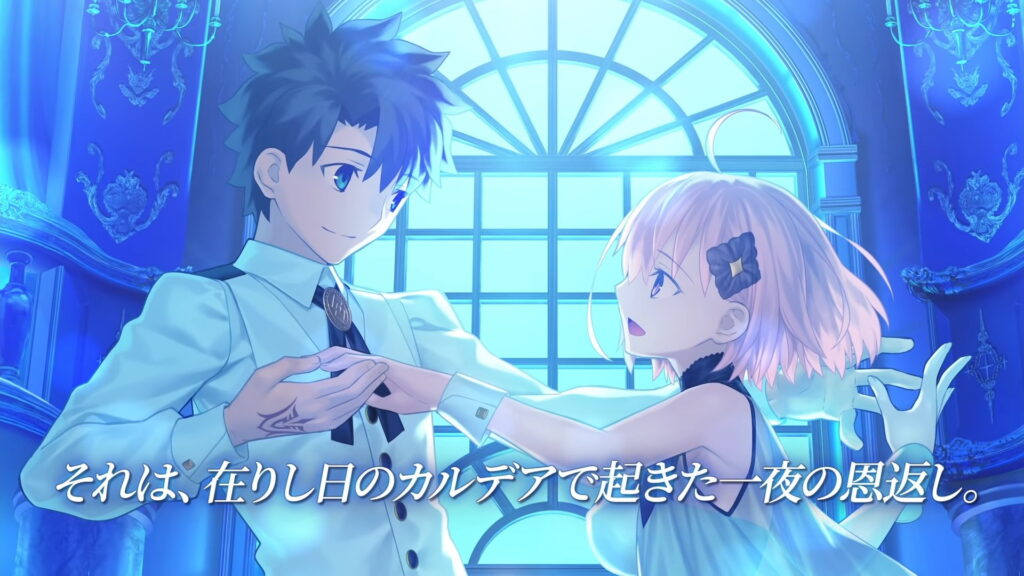 If you were browsing Twitter on Tuesday afternoon, you probably noticed some irregular things trending in Japan. First up was #FGOW, standing for Fate/Grand Order Waltz, a mobile game which released on August 11. That was then quickly replaced by the phrase 音ゲー, a shortened version of the Japanese word for rhythm game. Finally, the word ‘Fate’ simply started trending, which obviously refers to TYPE-MOON’s mega-successful series.

So, what the hell happened?

As part of the ongoing 5th anniversary celebrations for the Fate/Grand Order mobile game – released July 30, 2015 – TYPE-MOON released Fate/Grand Order Waltz in the MOONLIGHT/LOSTROOM, a special app that was only available for a limited amount of time. Taking the form of a rhythm game, it allowed the player character to dance with the character of Mash, rendered in full 3D and voiced by Rie Takahashi.

There were also several outfits that Mash could wear, but hardly anyone got to see them as Fate/Grand Order Waltz was, from the very beginning, limited to 550,000 downloads. Players wasted almost no time getting to that limit on the App Store and Google Play, and within a day the app was made unavailable for download.

Going back to the trends, it seems obvious why the phrase #FGOW was trending. Players were both amused by the normally action-focused series making its way to the rhythm genre, and also annoyed that the experiment had become unavailable for download. The phrase ‘rhythm game’ was also no doubt boosted by this conversation, and a fair amount of the tweets that I saw weren’t even anything to do with the game. And for Fate to trend later on is quite a regular occurrence. All in all, a normal day on Twitter.

Nevertheless, the extraordinary reception to Fate/Grand Order Waltz may be giving TYPE-MOON some ideas. We’ve seen other series, such as Persona and Touhou, make the genre jump before, and the business incentive is there: not only does it provide yet another mobile game model, it also drives CD and concert sales.

Could we be seeing a Fate rhythm game in the future? I certainly wouldn’t discount it. Either way, there is a special promotion going on in Grand Order right now to make up for it.