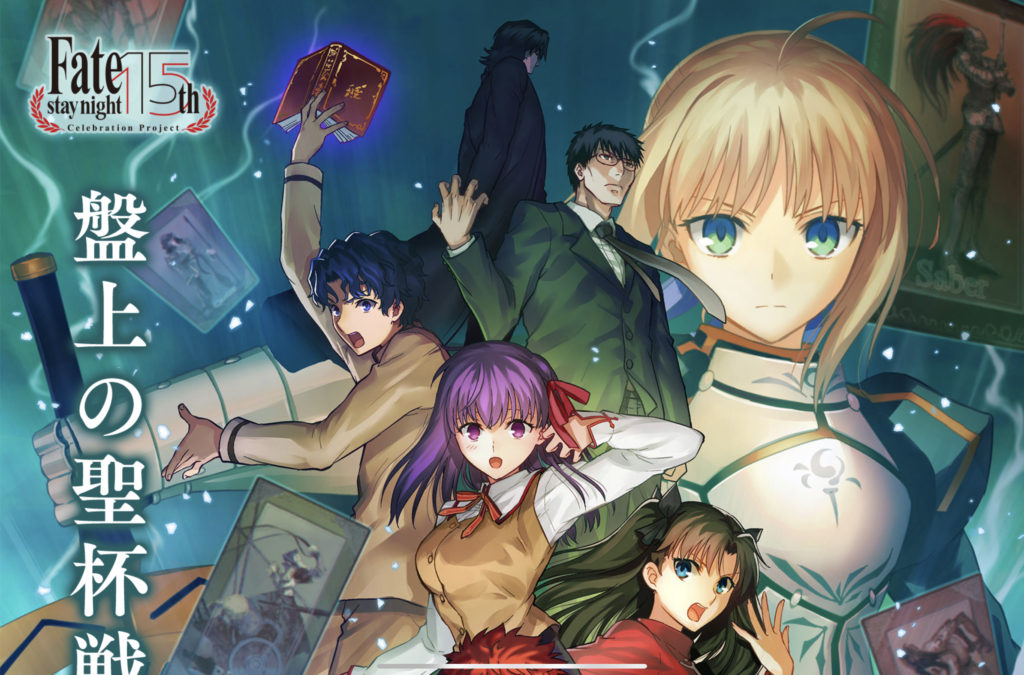 This is the first of a variety of projects related to the original visual novel in celebration of its 15th-anniversary and was shown off as part of the Fate/ series’ unsurprisingly massive presence at the event. With the series more relevant than ever thanks to the success of Fate/Grand Order, the series has been expanding at an almost exponential rate, yet in spite of the massive popularity of the series, this will be the first ever board game based on the property.

A variety of well-known characters from Fate/Stay Night will have their own roles within this board game adaptation, including Tosaka Rin and Illyasviel von Einzbern. In order to promote the game, brand new promotional art by Okojo has been produced and posted onto the official teaser website. The announcement, unfortunately, provides little information in regards to how the game will function, although the booth promotion did confirm a May 2019 release date for the game, so it won’t be too much longer until it is possible for fans to recreate the Holy Grail War for themselves.

I’m personally looking forward to seeing what else is in store to coincide with the anniversary of the title. Even though the success of the Fate/Grand Order mobile game has made the series bigger than ever, the visual novel that started it all in Fate/Stay Night has become a little lost and forgotten. While the new trilogy of Heaven’s Feel films has given the story a brand new audience, a strong push by Aniplex could see the work receive further recognition.

Fate/Stay Night: Dominate Grail War is a brand new board game based on the original Fate/Stay Night and is set for release in May 2019. Although no English release has been confirmed at this point, considering the popularity of Fate/ internationally, I wouldn’t be surprised if we see this being released in other countries at a later point.