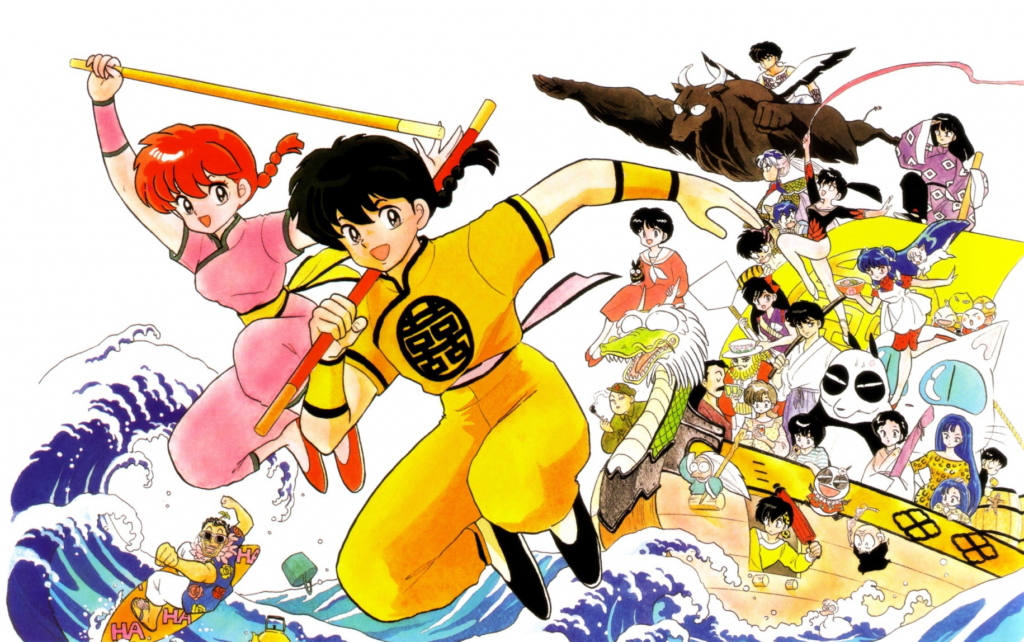 One of our core mission statements here at OTAQUEST is to publically respect Rumiko Takahashi any chance we can get! They are the rarest of mangaka, whose works helped defined three generations of anime and manga fandom.

Some may prefer the muted and comparatively idyllic Maison Ikkoku or keep their Toonami memories of Inuyasha close to their hearts. Old heads will pontificate about their personal favorites, but we’re all in agreement about how particularly important the early 90s darling Ranma 1/2 still remains to this day. It has all the bonkers charms of Urusei Yatsura but wrapped in a more accessible shonen dressing, and it meant the world to anyone who got into all Japanese Pop Culture business before Y2K.

It’s a silly series, though, so why not laugh at ourselves a bit by analyzing what your favorite Ranma 1/2 icon unconsciously says about yourself?

You respect kindness and know a good heart when you encounter one. No matter how long your travels or how tough your opponents in life have been, one simple smile from your beloved will wipe all your troubles away. Unfortunately, you once fell into a cursed hot spring and now turn into a small bovine creature whenever you encounter cold water.

You’re a gosh darn pervert and you will be rotting in hell. That or you’re some kind of international spy and, despite him only using them to break into women’s restrooms, you can’t help but respect this one-foot-tall old man for his expert tactical espionage techniques.

It’s hard to imagine Kudo being anybody’s favorite, since our bold kendo man is operating at about 60 IQ on a good day, perhaps you simply have that inkling to mother someone. We recommend looking into pet adoption as many unfortunate animals out there need a loving.

Ultimately, you have a glasses fetish; Mousse is strong, but doesn’t quite rival Ranma or Ryoga. He’s dumb, but he could outsmart Kuno at least. He probably can’t even cook as well as Shampoo, much less her grandmother. You’re in it for the glasses and that extremely thick head of hair, or perhaps you’ve been watching duck videos on Tik Tok and thought ‘What if…’

Unfortunately, we can’t tell you what liking Nabiki Tendo says about you before shelling over about 283 US dollars. Of course, anyone that fancies the whit and capitalistic devilishness of Nabiki Tabiki should be used to forking over extreme amounts of cash, grateful for the opportunity to be a little pay piggie.

You want it all. You want the best of the best. You want everything you could possibly have, conventional logic be damned. You might also have some weirdly specific fetishes, but who are we to judge that! Not many betters boys or better girls than Rama out there.

You definitely don’t just love bacon. You appreciate someone with a straightforward heart and good moral values, even if they’re always late. It doesn’t matter if someone’s a little less popular, never quite the star of the show. To you, a good man is a good man, and if they’re able to transform into bacon, that’s just a plus.

Cute, extremely powerful, and putting up with no crap, Shampoo is Rumiko Takahashi excellence personified. Shampoo will love you so much that she’ll follow you to the ends of the earth and kill you. To openly invite this into your life says you’re willing to die an early death if it means you can experience the absolute best that life has to offer.