Why Faye Valentine Is A Cosplay Classic Of Yesteryear 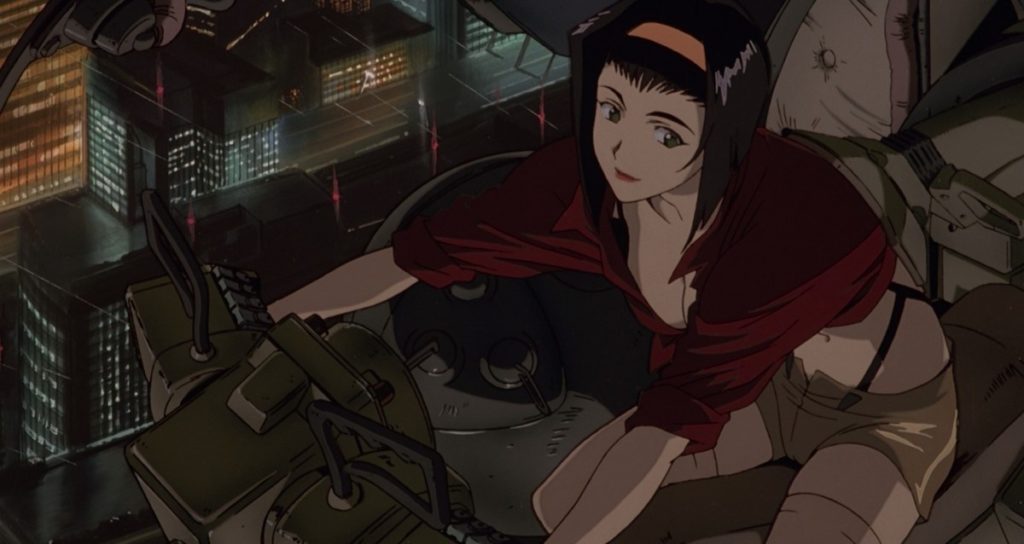 Cowboy Bebop’s influence can’t be understated. It probably wasn’t many people’s first they ever watched, but it’s the show that made a whole lot of people life long anime fans. It shouldn’t surprise you during the classic Toonami and early Adult Swim years, Faye Valentine was one of the most popular characters western fans would choose to cosplay!

You couldn’t go to an anime convention big or small without seeing dozens of cosplayers in skin tight yellow garments and indigo purple wigs tearing up the floors of your local convention centers. You might not see Faye cosplayers as much as you used to, but for retro cosplay, she’s still a heck of a lot more popular than many others who’ve fallen by the wayside.

She’d ruin your life and you would thank her for the opportunity. Extremely cunning and highly capable, she’ll swindle you out of everything you before you could even blink. She’s not above using sex appeal to get what she wants yet know exactly when she should just say to hell with it and pull out the gun.

Faye Valentine gets wrapped with Jet and Spike from the Bebop one way or another but you never truly know where her loyalties lie. Once she joins up she’s never an enemy per se but it’s clear she’s looking out for Faye Valentine first. You can’t blame a girl for looking after herself in the dog eat dog world where one space cowboy may be a lot more dangerous than the last. 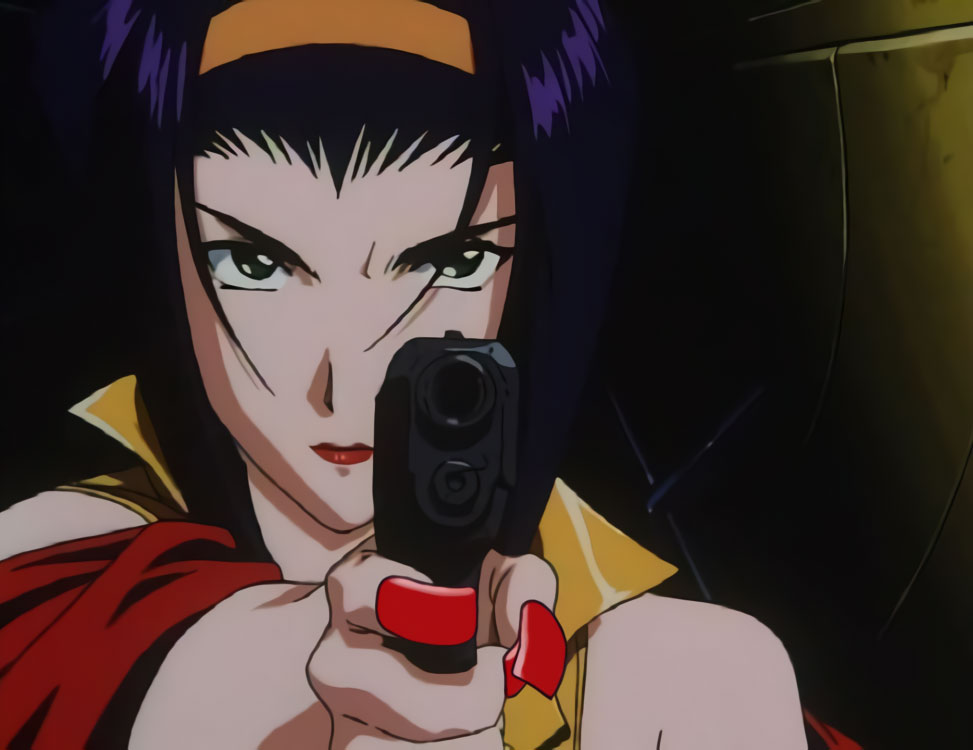 Mooching off the boys when she can and keeping the spoils for herself, whom among us could blame her? That said if you’ve made it to the end of Cowboy Bebop, you know her story and you begin to see the cracks in her armor. You start to see what’s an act and what she’s had to do to survive her whole life. These qualities don’t make her weaker though, because there’s no way any of us could ever get the jump on her.

We’d go as far as to say that Faye Valentine has the most character development and progression throughout the series. The confident and fiery manipulator she is at the beginning of the series and the vulnerable friend who’s scared to lose her comrades at the end shows quite the range doesn’t it?

Following her 54 years in the cryogenic sleep chamber, Faye Valentine with her striking purple hair and piercing green eyes has always looked the part of a femme fatale. However, instead of being some kind of ‘damsel’, she more than holds her own against her fellow bounty hunters Spike and Jet.

While there’s some less obvious nuance to Spike, he’s less about growth and more about depth. Faye’s the one that by the end of the series represents new possibilities in the future, something we find really poignant considering Spike’s circumstances. Maybe that hypothetical follow up to Cowboy Bebop fans have been requesting for years could star Faye Valentine?

Faye Valentine isn’t the hero of Cowboy Bebop. She’s not the mascot or isn’t even a huge part of the series’ loose overarching story. As much as Spike Spiegel himself though, she’s quintessential to what the show is.

A voice of opposition, a spark of much-needed femininity, a lost child, and in rare moments a source of love and nurturing, she adds so much of the emotional underpinning to the series that it wouldn’t be the same without her.

While you could say the same about Jet and Ed in their own respects, Faye’s the only character who wears her fire on her sleeves and taking that heat away from the show would be peeling off so many necessary layers you’d have something entirely different on your hands. 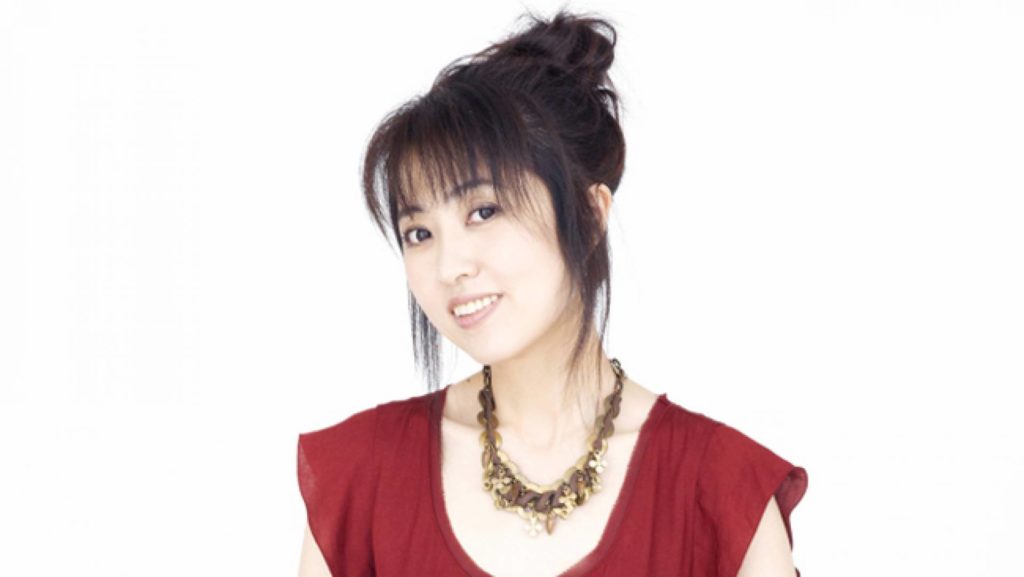 The Iconic Voice of Faye Valentine

Faye Valentine was voiced in Japanese by Megumi Hayashibara! The premiere voice actress of the 90s, if not the most famous seiyuu of all time, the incredibly talented woman who brought Rei Ayanami, Lina Inverse, and Pokemon’s Jesse to life is also the actress who first gave Faye her spark. Without Megumi Hayashibara, who knows how to go from mature to excited to deadpan and emotionless all in one go, Faye would never have been the character she was.

However! Cowboy Bebop is one of the few anime out there that most fans agree on should be watched in English. Even the most ardent of dub haters seem to make an exception for Cowboy Bebop, as well they should. There are reasons large swaths of people say its the only anime dub they ever watch.

The extremely versatile and prolific Wendee Lee who also did an amazing job as the equally iconic Haruhi Suzumiya laid down the lines in what’s widely considered the best dub of all time. She brings a youthful edge to her vocal delivery that does justice to Faye’s inner conflicts and gets at her nuanced personality just right.